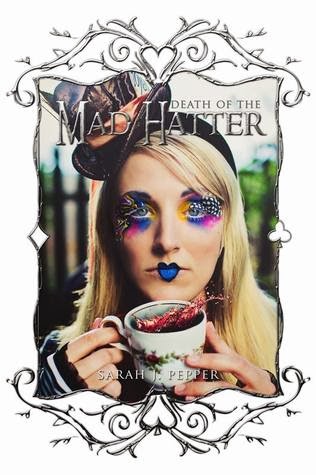 Book Blurb: The Jack prophesied: If the king loses his head, then the Queen with a Bleeding Heart would rule the Red Court until Time ceased to move forward. When a second carried on for infinity, every creature in Wonderland would tip their Hat to the misfit girl with a Boy’s name (or was it a boy with a Girl’s name?) who’d end the Reign of Terror. However, it all hinged on the One-Eyed Hare being able to convince an uninspirable Heir that the impossible was indeed possible—like stopping time—and that Love was worth a Beheading.

Death of the Mad Hatter was exquisite.  The author definitely took the theme of the Alice and wonderland story and put her own twist to it, what a twist it was. Alice was such a strange character it was hard in the beginning for her to let you in to her little wondrous mind because she was hiding many secrets in which AL was suppose to be kept from. Riley, was sharp but there were things that he was keeping a secret as well.

In this book you get to see the characters grow and develop and change through the obstacles that they face but all the while what is really stirring there in this story is a romance that would just rock you to the core. When Riley falls down that rabbit whole of love he falls hard and his loyalty to that love is something that only comes out of the storybook stories. As you can see Riley is one of my favorites.  For Al, there is no excuse for the things she pulls off in the book. But when she realizes that she loves riley as much as he loves her, she still conspires against him. All the anguish in the betrayal just gets your blood pumping because the romance between the two characters is not easy. But its there, and the bond of love is stronger that we all think.

In my honest opinion, I really did not think I could enjoy this story.  But Sarah J. Pepper really surprised me. She took the Alice and wonderland story to the next level. This is completely a different story but it seem more like reading the sequel to the original because Alice has grown up. Wonderland is as wonderland was, but with teenage issues. Sarah imagination of the world is cast so vividly in the book. The book is told in Al’s and Riley point of view so you get to see the story from both sides but what was also interesting the author told the story from past to present and present to past. Hey look when your reading about wonderland anything could happen.

Overall I really liked this story and the characters. The plot was interesting and the best part about this story is that I could share it with my niece because it is a YA book and we get to babble all day long about the story and the innocent loved that bloomed between Riley and Al. I look forward to other work by this author and Sarah if you reading this thank you so much for the opportunity to read such a wonderful story.

I rated this book 4 out of 5 purple rant hearts and would recommend this book to anyone that loves Alice and Wonderland with a teenage twist. 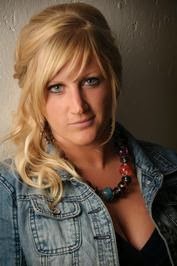 I specialize in dark, paranormal romance – think “happy ever after” but with a twisted, dark chocolate center. Real-life romance isn’t only filled with hugs, kisses, unicorns, and rainbows. True-love can be more thoroughly described in times of darkness and tribulation. It’s in those harsh moments where you see what a person is truly capable of – both the good and bad. Sometimes prince-charming isn’t always on time, and the glass slipper is a little snug. However, it doesn’t mean Charming is not Mr. Right, and who says every shoe is the perfect fit?

Sarah J. Pepper lives in South Dakota with her real-life prince charming. At a young age, she fell for paranormal books and now incorporates that genre with romance that thrives in the hearts of us all. When she’s not storytelling, she’s most likely biking, hoarding chocolate, or taking a bubble bath. Get a glimpse inside her head at www.peppersreadingcorner.com

"Forbidden Beloved" - Not everyone falls for the murderous prince charming with killer good looks, but Roxy hasn't ever been very lucky.

"Devil's Lullaby" -Cat craved his addictive kiss as much as she ached for his death.

Posted by Crystal Rants at 9:54 AM