Holding Out For Skye by S.R. McKade 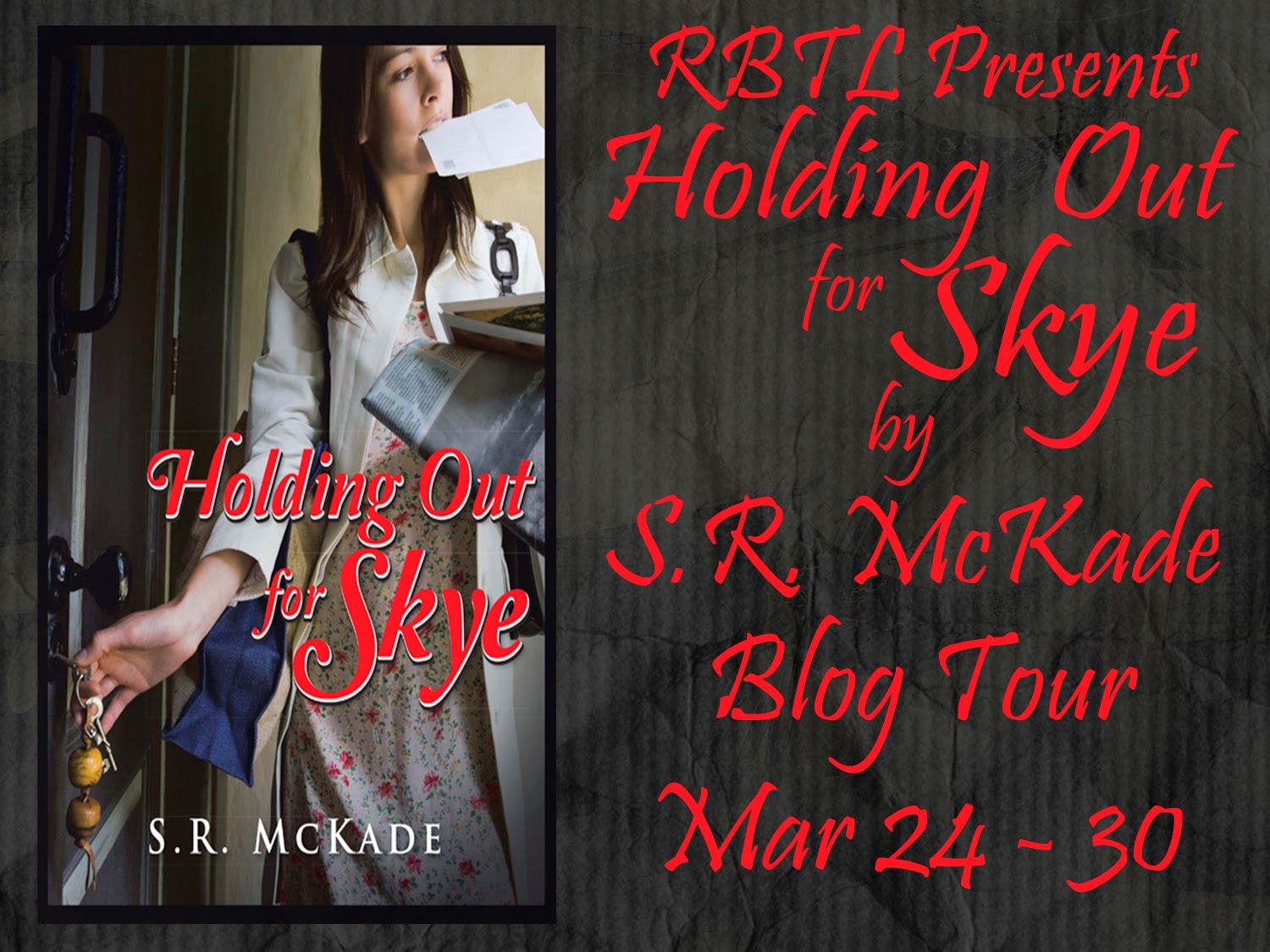 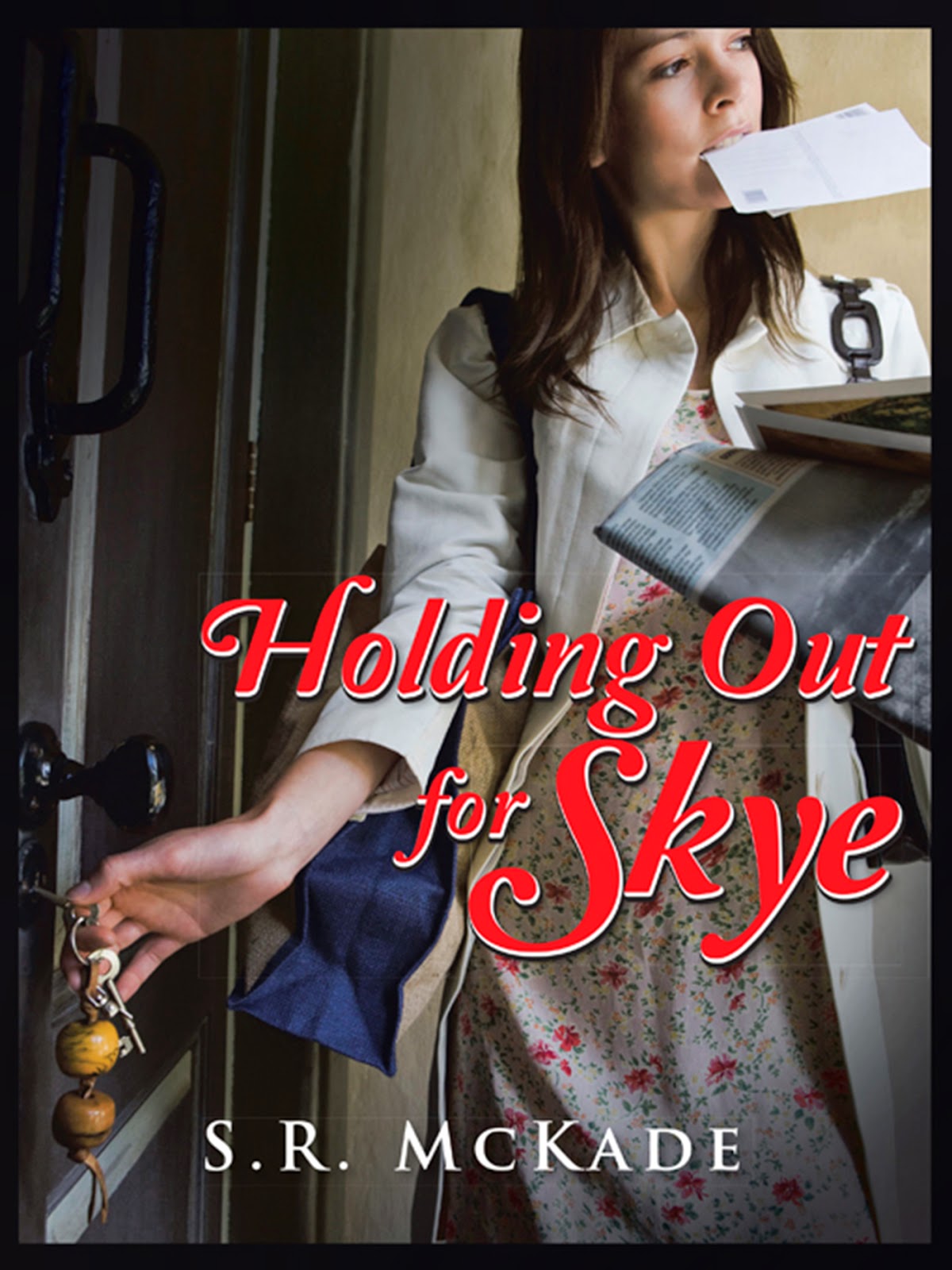 Title: Holding Out for Skye


Blurb/Synopsis: Things are finally starting to look up for Skye Fletcher. She’s got a new job with a great salary, she’s finally out of the rat-trap she used to live in and into a decent apartment. She couldn’t be happier. Except for the thorn in her side, a.k.a. Cian Hunter, her arrogant and too good-looking co-worker whom she has the misfortune of being stuck with.


In spite of himself, Cian Hunter fell hard for the surly, unfriendly woman who made no secret of her dislike for him. He knows he and Skye are meant to be. Convincing her of that fact seems like an impossible feat. However, he’s utterly confident he’s up to the task. His future and his happiness depend on it, after all.

When Skye’s one impulsive, uncharacteristic little act changes the status-quo between them, her life gets entangled with Cian’s way more than she’s comfortable with.
That’s when her life really turns upside down… 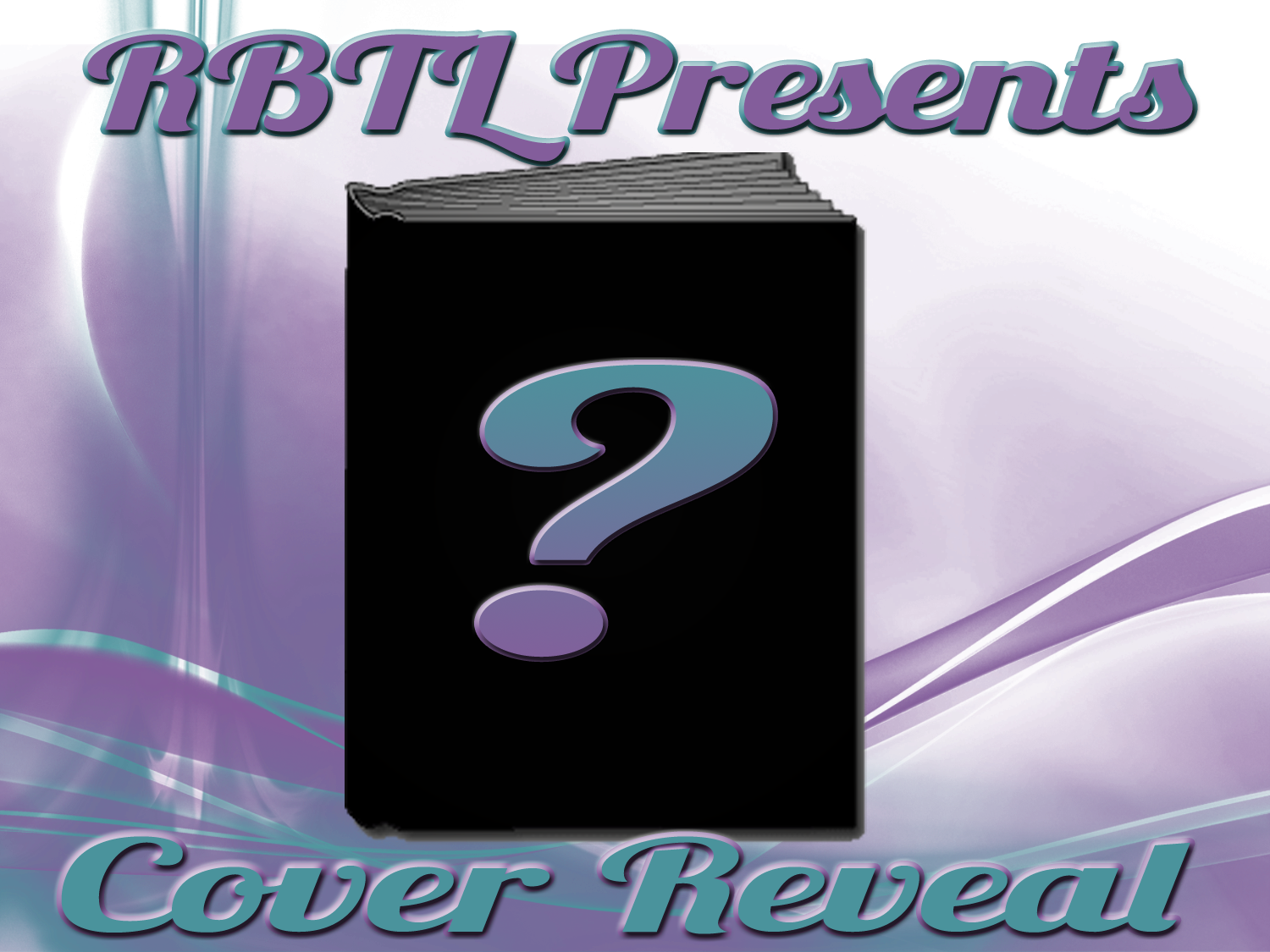 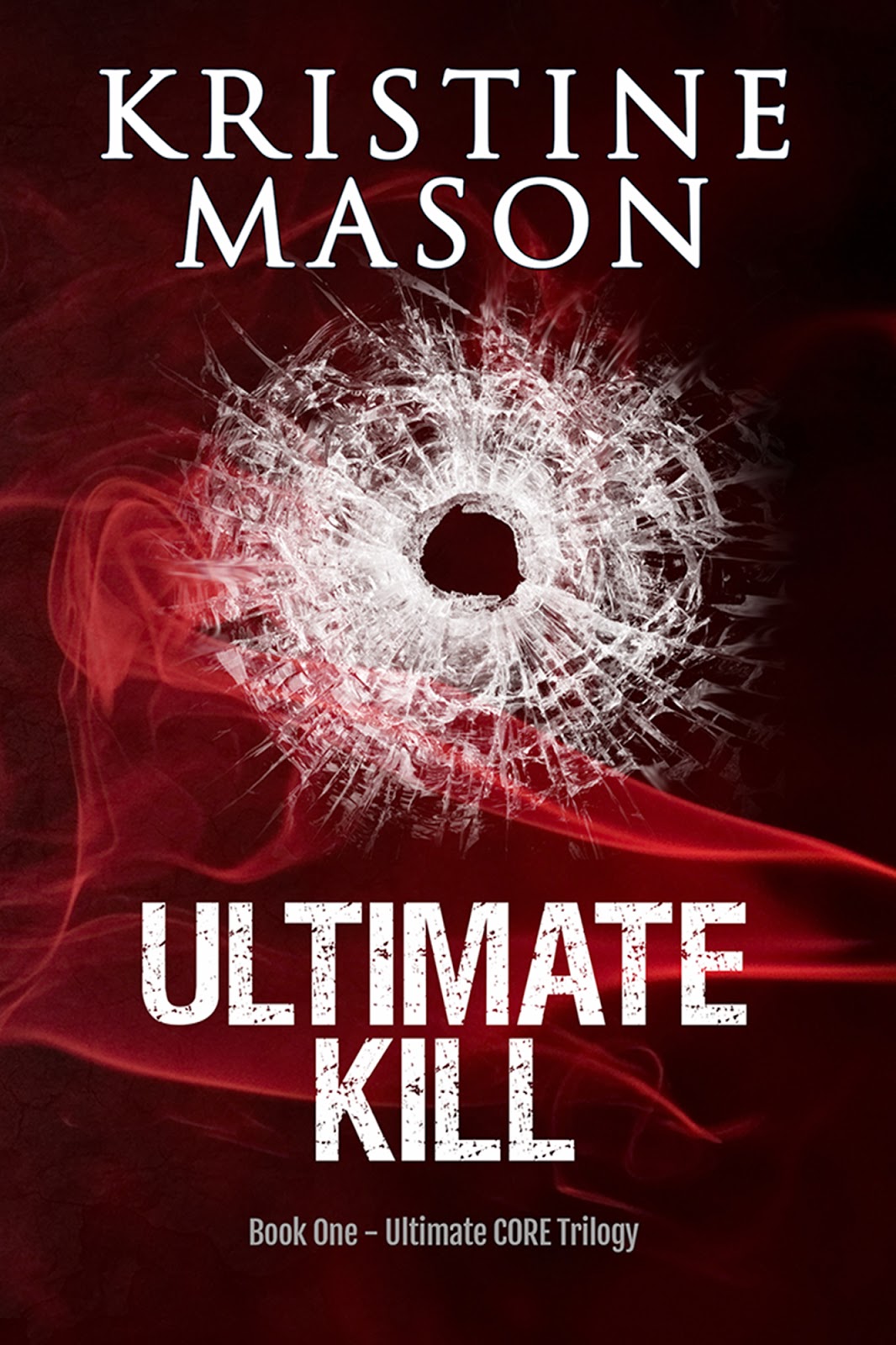 Title: Ultimate Kill
Author: Kristine Mason
Series: CORE Series or Book 1 Ultimate CORE Trilogy
Genre: Romantic Suspense
Publisher:  Self Published
Release Date: Mid April 2014
Edition/Formats It Will Be Available In: eBook
Blurb/Synopsis: When the past collides with the present, the only way to ensure the future lies in the ultimate kill…Naomi McCall is a woman of many secrets. Her family has been murdered and she’s been forced into hiding. No one knows her past or her real name, not even the man she loves.
Jake Tyler, former Marine and the newest recruit to the private criminal investigation agency, CORE, has been in love with a woman who never existed. When he learns about the lies Naomi has weaved, he’s ready to leave her—until an obsessed madman begins sending her explosive messages every hour on the hour.
Innocent people are dying. With their deaths, Naomi’s secrets are revealed and the truth is thrust into the open. All but one. Naomi’s not sure if Jake can handle a truth that will change their lives. But she is certain of one thing—the only way to stop the killer before he takes more lives is to make herself his next victim.
FTC Disclaimer: I have not received any compensation for writing this post. I have no material connection to the brands, products, or services that I have mentioned. I am disclosing this in accordance with the Federal Trade Commission’s 16 CFR, Part 255: “Guides Concerning the Use of Endorsements and Testimonials in Advertising.

Review: The Token #4 by Marata Eros 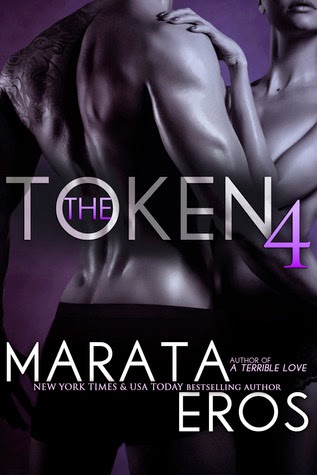 Synopsis: Faren doesn't think her heart can break any further until Mick discovers her sullied secret in the worst way possible.


Faren picks up the shattered remnants of her emotions and moves forward with a desperate plan to win Mick back that doesn't involve one penny of his billions. When Faren sees what remains of her life coming together with a synchronicity she can only dream of, the unexpected happens with Jay—and she must play a razor's edge of deception once again.

Can she tie this final loose end and receive the money from that aborted last dance before the countdown of debt has expired? Will a dirty cop and the long arm of Ronnie Bunce conspire to ruin the fragile bond she's created with Mick? Or will the concessions Faren's made along the way shatter the dark joy she has been given ....

Read more »
Posted by Crystal Rants at 7:46 PM No comments: 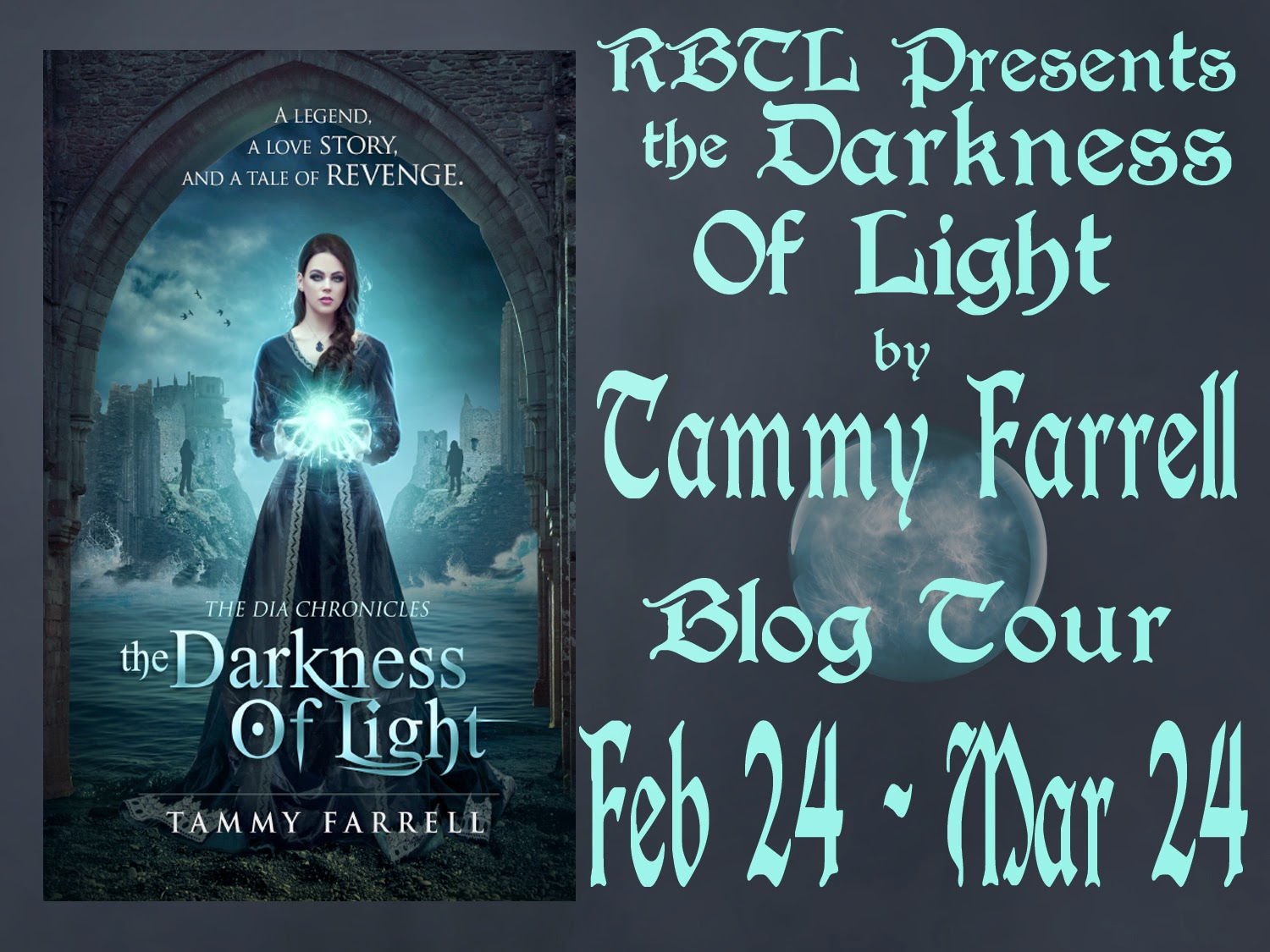 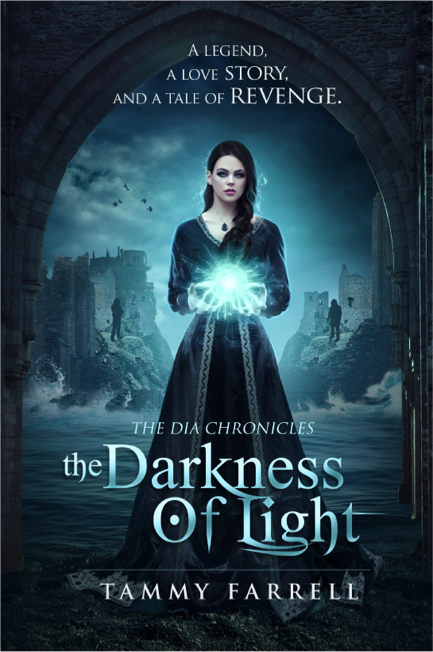 Title: The Darkness of Light

Blurb/Synopsis: The world has long forgotten them, but their descendants live on, not wholly mortal or god, but something in between…

At the dawn of the sixth century, in the aftermath of her mother’s brutal execution, Mara Black is forced to flee the only life she has ever known.

Mara can tell she’s different, but isn't sure why. After she encounters two mysterious strangers, she discovers her secret is but a drop in an ocean of many. She is a Dia, a descendant of ancient gods, and her mother sacrificed herself to protect Mara from their past.

Summoned by an uncle she didn't know existed, Mara thinks she’s found the family she’s always wanted, and Corbin, a love she never thought possible. But not everything is as it seems. Her uncle has other motives for protecting her, and her mentor, Malcolm, becomes so jealous, he’ll do anything to get what he wants.

When tragedy strikes, and the true darkness among them comes to light, Mara discovers that sometimes love can give you everything, and obsession can take it all away. With her powers gone, and destiny calling, she has to look deep within to find the courage to save herself. Mara, along with Corbin and her newfound family, must fight to get back what was taken, or die trying.

Praise for The Darkness of Light

“The Darkness of Light is beautifully written and I was pulled right into the world Farrell creates. Reminiscent of Robin Hood mixed with the magic of Merlin, I devoured the story! Farrell weaves smart storylines with vivid imagery in a tale of revenge and romance.” – Summer Wier, Canada

“I found Tammy Farrell's The Darkness of Light to incorporate aspects of fantasy which I most enjoy. A sense of realism was maintained throughout the story by the rich development of its complex and multifarious characters rather than and unlike the all too common modern day fantasy epics which rely on the overindulgent and excessive use of magic. The balanced narrative approach used easily permits the reader's immersion into the reality that is Brittania. With great anticipation I look forward to the continuation of the series and once more delving into the fascinating, ever-growing world and opulent cast of characters which Mrs. Farrell has created. Highly recommended!” – Jesse Thompson, Toronto ON

“Author Tammy Farrell shows off her writing talent in her debut novel,
"The Darkness of Light". The genre, development of characters and plot were amazing and left me wanting more. Her ability to incorporate mysticism, magic, history, romance, mystery, humor, and compassion into a compelling story is remarkable.” – Marie Smith, Greenville SC

Book Tour Review: Soul Of A Warrior by Denna Holm 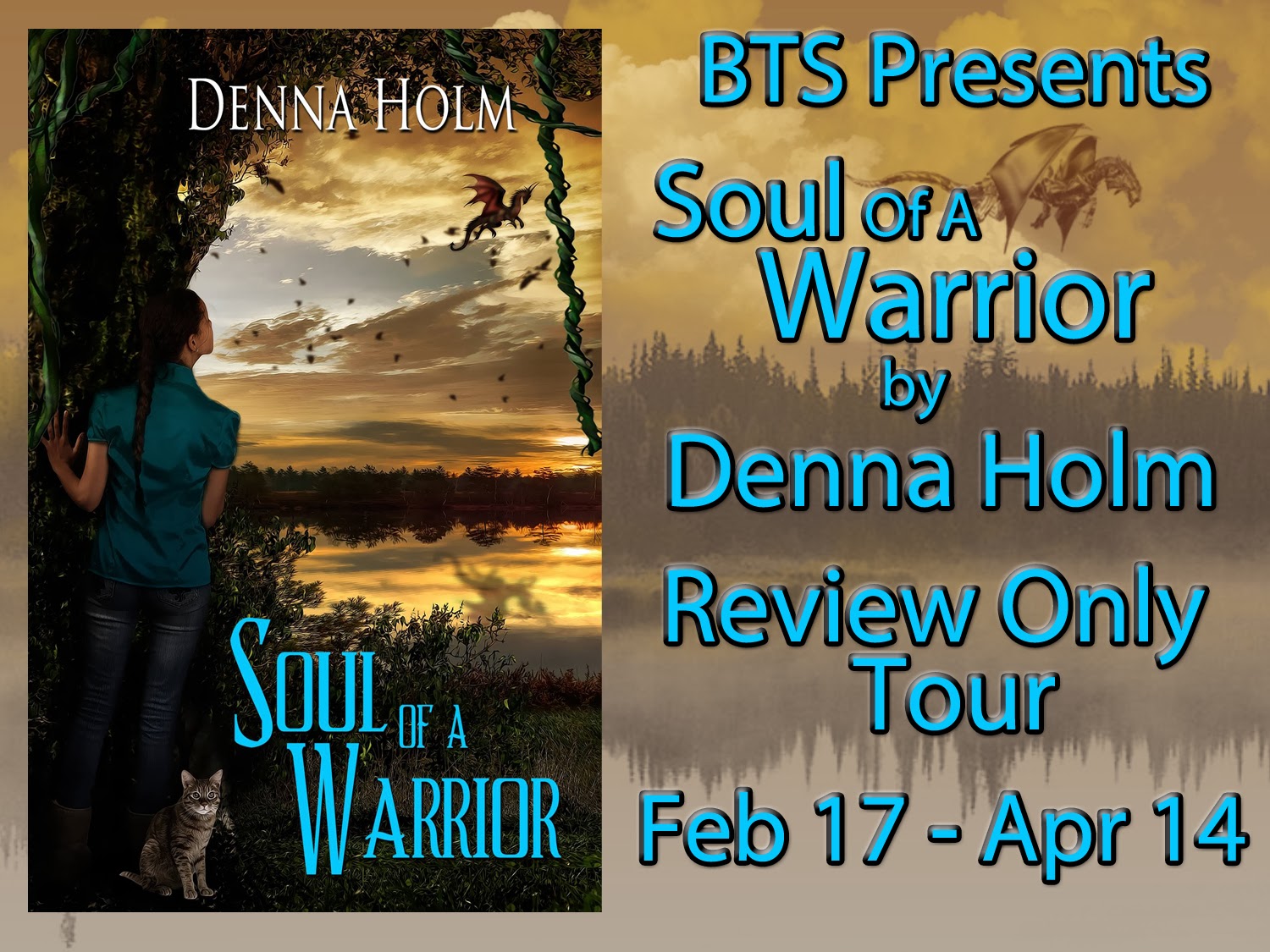 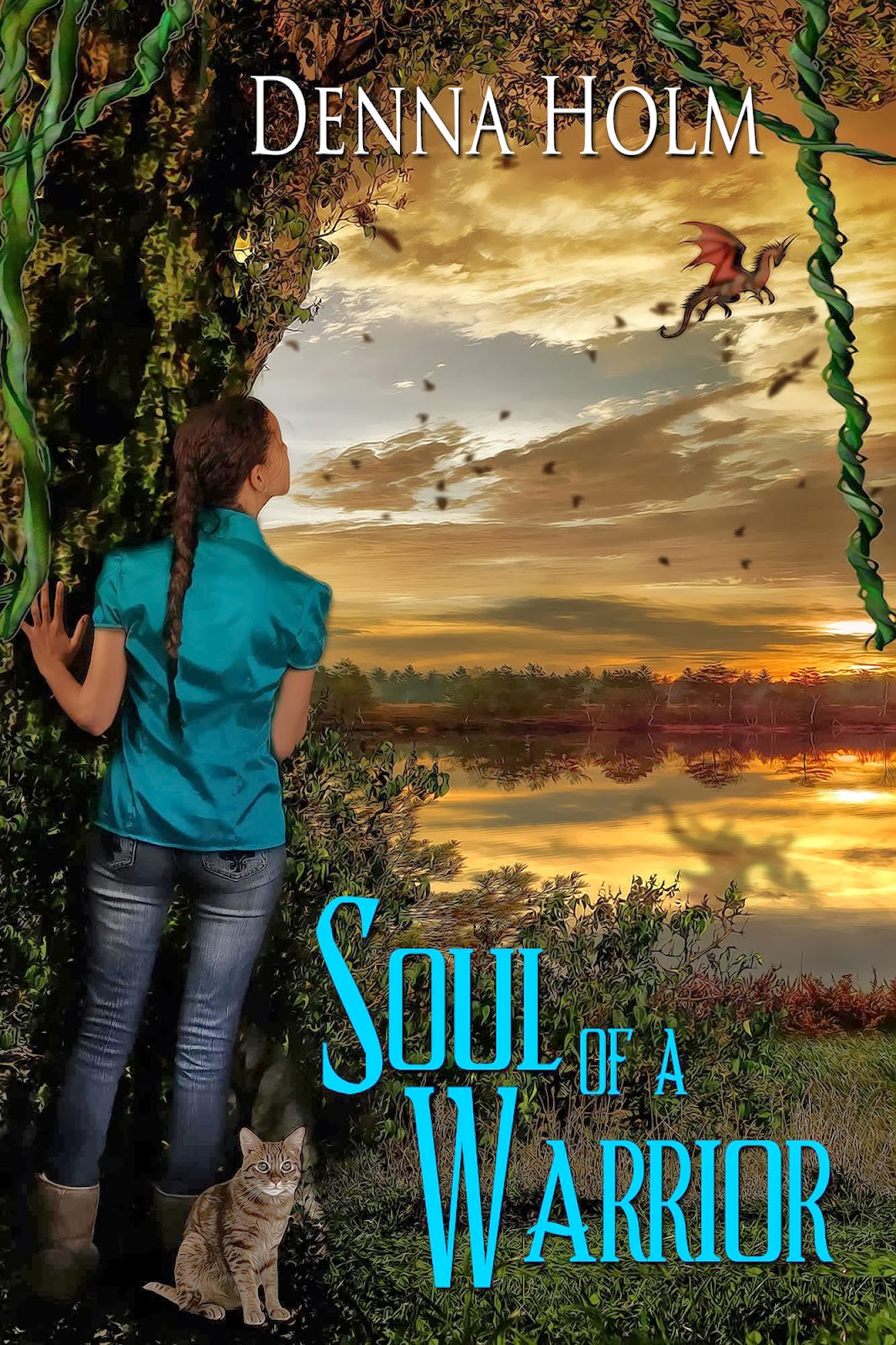 Title: Soul of a Warrior

Blurb/Synopsis: An act of vengeance leaves three friends and their tabby cat abandoned on a hostile alien world. Kimi Wicker learns the hard way what it means to have the rug jerked out from under her.  It takes on a whole new meaning when the rug being jerked is Earth and she’s no longer standing on it.

Soul of a Warrior is a science fiction romance that sends Kimi, her two closest friends and a beloved cat on an incredible journey to the planet of Lavina.  Kidnapped by a stranger, they must endure the agony of having their bodies stripped down to pure energy, attached to a beam of light and whisked across the cosmos. Abandoned on this beautiful but treacherous world with no weapons and little information, they face the daunting task of trying to find a way back home again.

Read more »
Posted by Crystal Rants at 7:53 AM No comments: 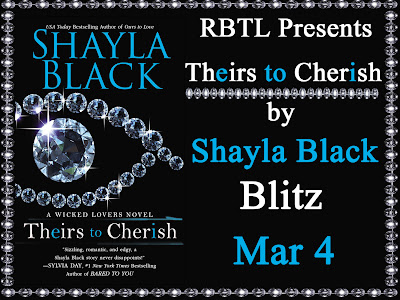 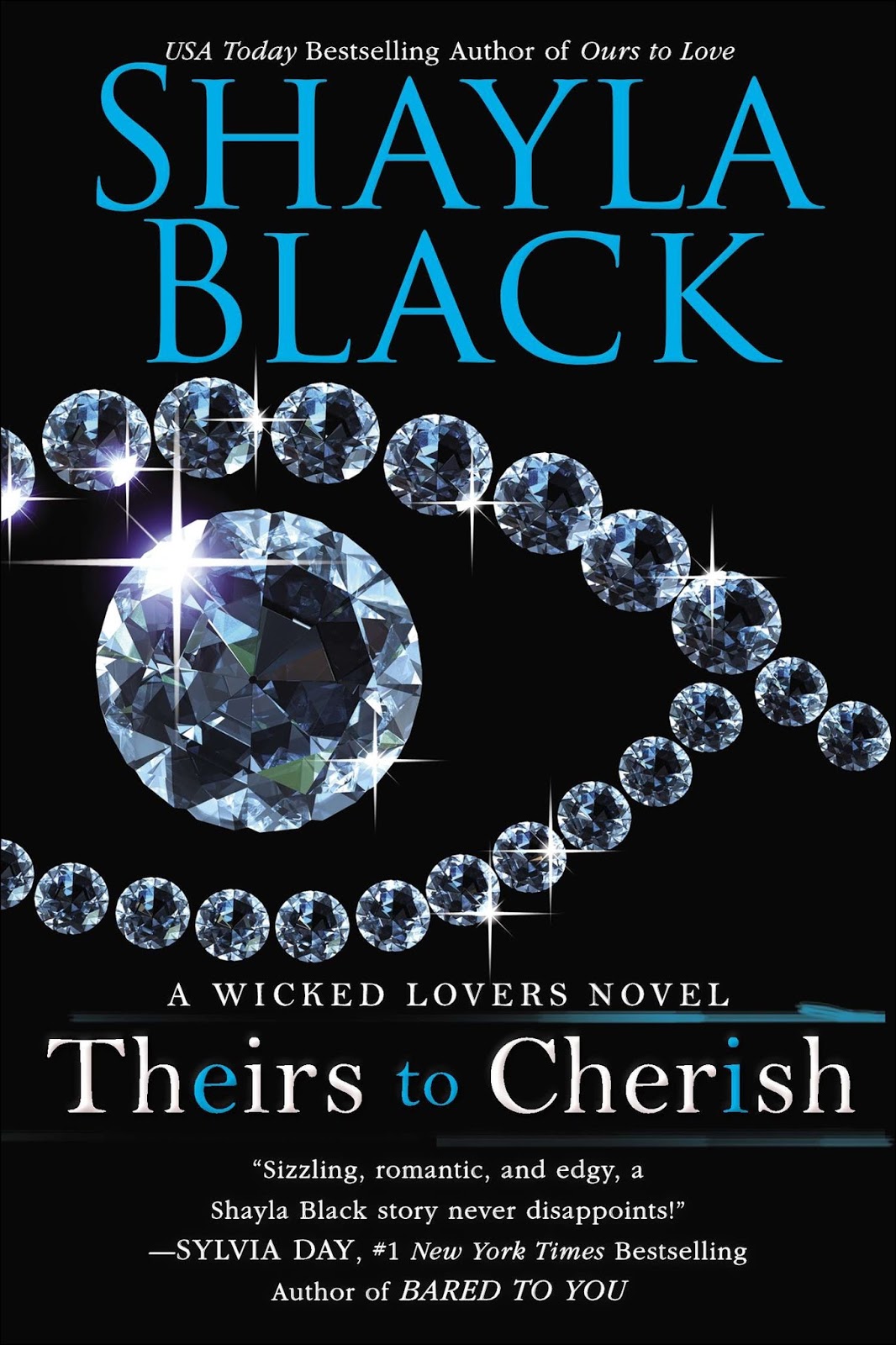 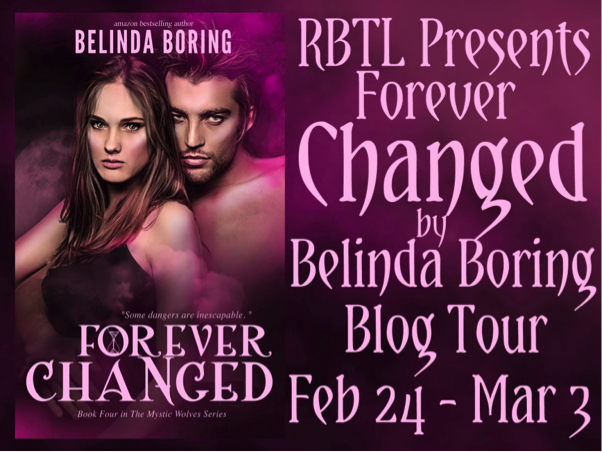 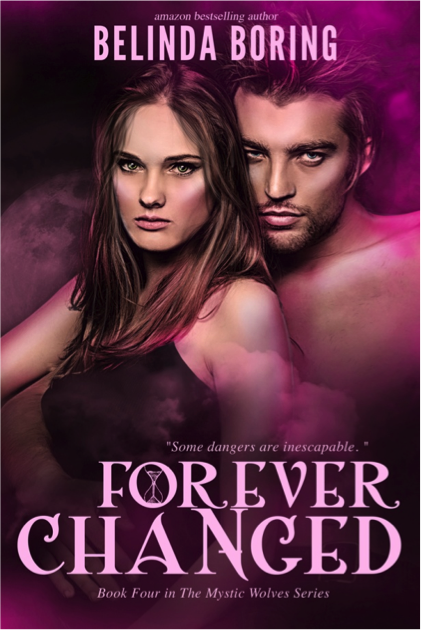 
Blurb/Synopsis: Waking up after an amazing night with her new husband and mate, nothing could've prepared Darcy for the epic bombshell Devlin dropped—explaining her heritage and revealing truths that completely blow her mind. When all she wants is to settle into marital bliss and pack life, Darcy's world is once again thrown into turmoil, forced to face a challenge that may very well destroy everything she’s fought so hard to preserve.

Decisions will be made. Love will be pushed to breaking point. Mason and Darcy face their greatest challenge, one that will leave them … FOREVER CHANGED. 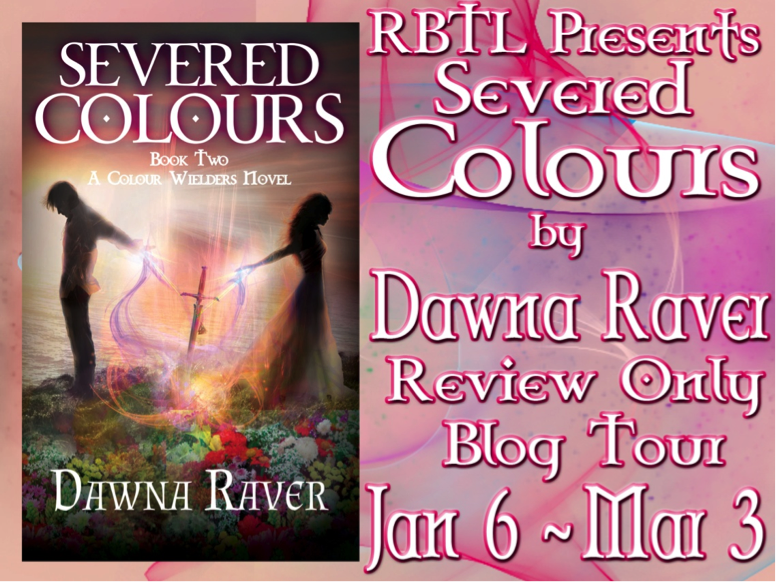 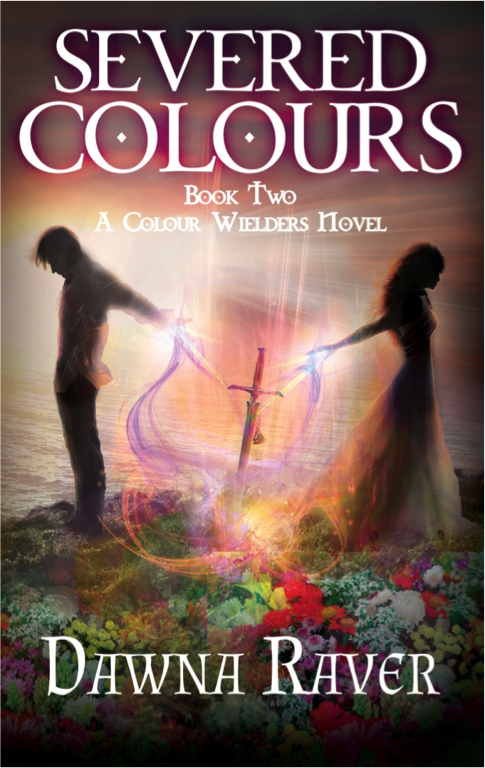 Quinn Sinclair trusted Arik Morgaine until he betrayed her. Scared and alone, she finds herself delivered into the hands of the evil Morgana le Fay. When Quinn discovers Morgana's plans are beyond demented and seriously depraved—making life with the Changeling seem like a day at the beach—she wonders if death is a better option?

Arik Morgaine vowed he'd save Quinn no matter the price. When his well thought out plans go terribly awry, a desperate and heartbroken Arik is forced to beg the cruel Triarchia for help. Unwilling to go on without his Älskling, he answers a question that irrevocably alters their lives.

Can Arik and Quinn find a way back to each other, or will the price of saving her rip them apart forever?

***New Adult Recommended for 18 and above. Mature themes, sexual situations, and profanity.***

Read more »
Posted by Crystal Rants at 7:48 AM No comments: