Book Tour Review: The One you Feed by James Drummond 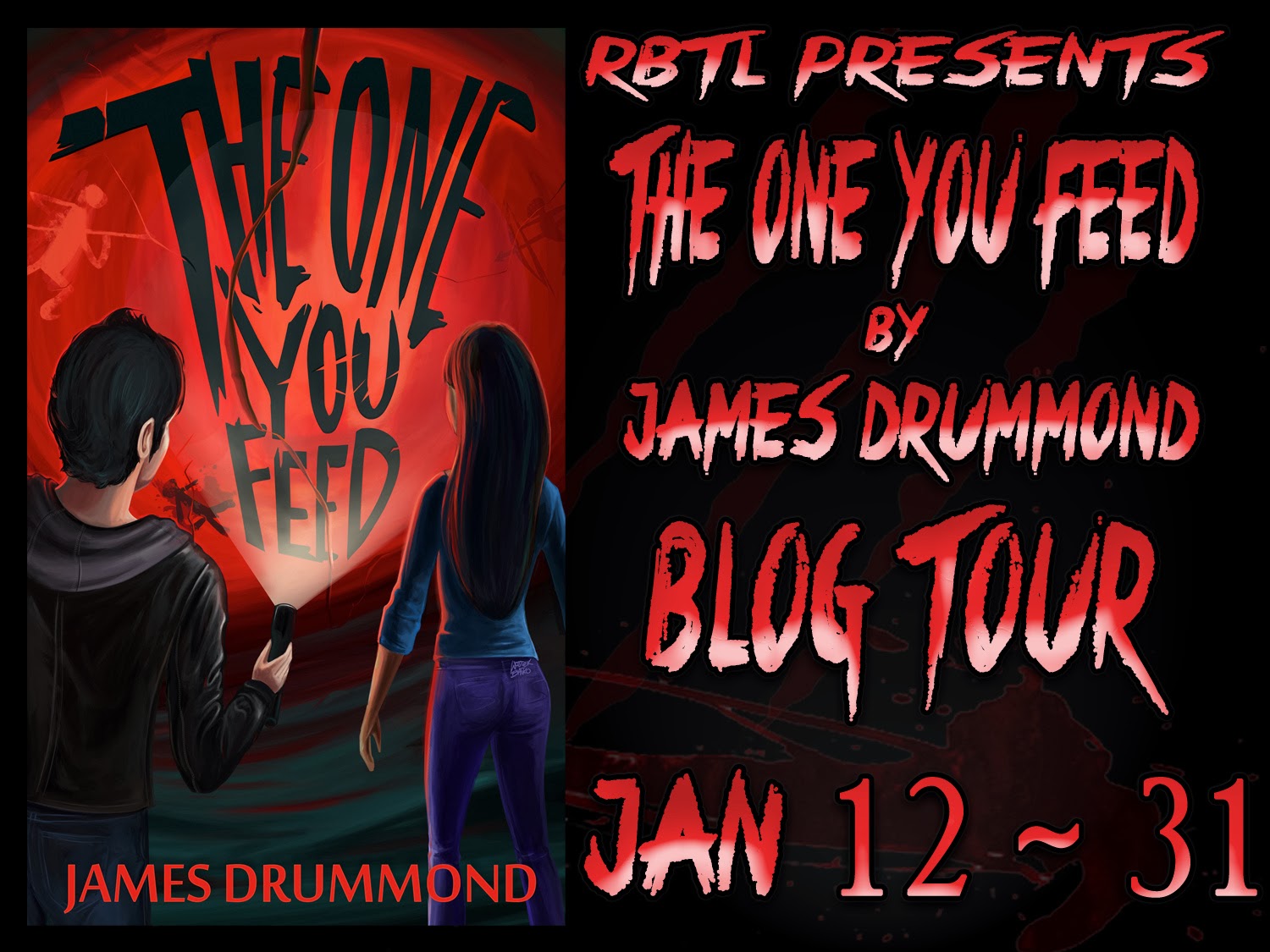 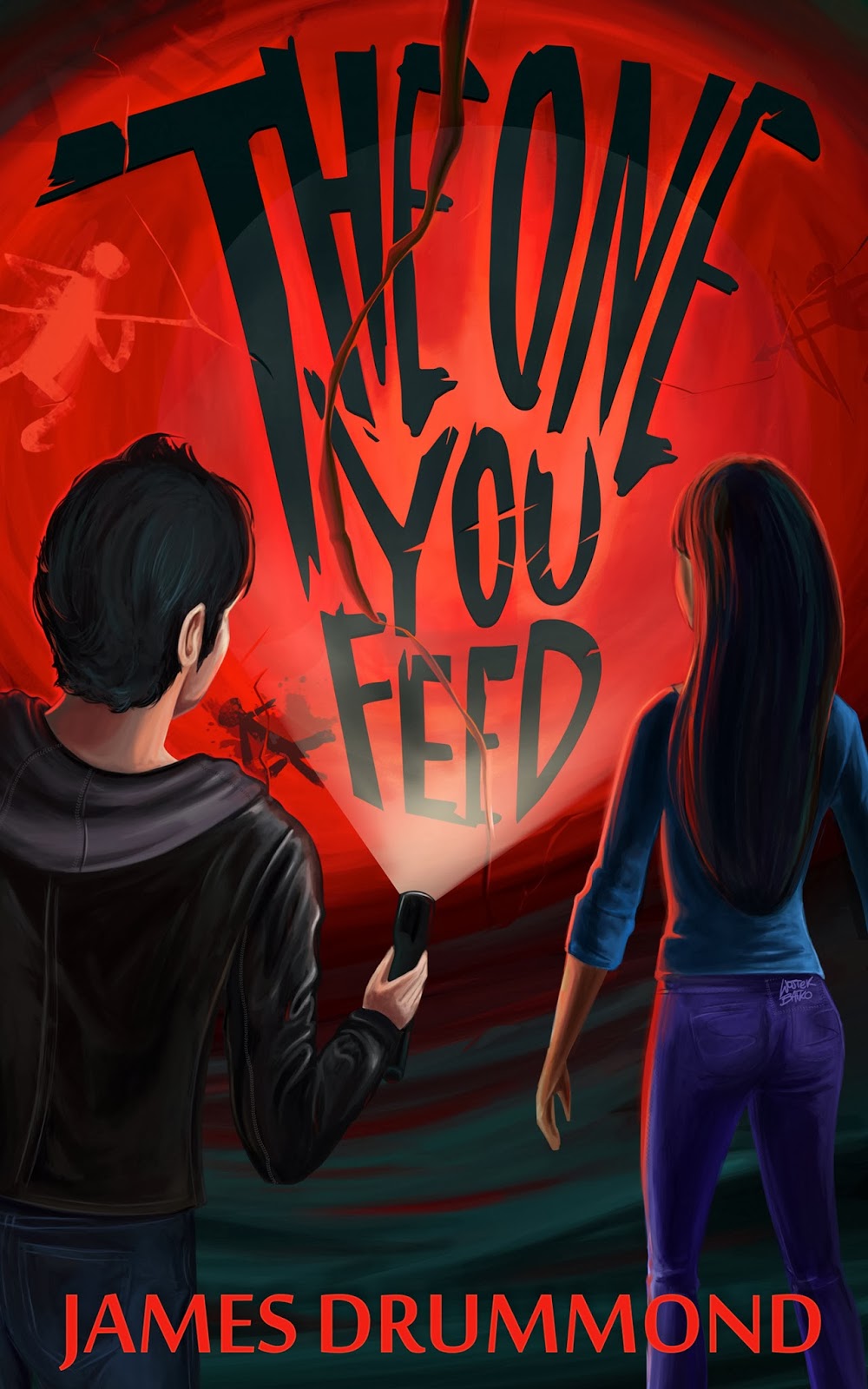 Title: The One You Feed

Series: Out of the Dark

Blurb/Synopsis: Like most kids who grew up in the small Oregon town of Silver Falls, Toby Hoffman had heard all the scary stories about the monsters living in the neighboring woods of the Umatilla Indian Reservation. Now a teenager, he knows the stories are made up to keep the town’s children from wandering where they aren’t wanted.

Then his best friend, Nate, wakes up covered in blood in the reservation woods, with no recollection of whose blood it is or where it came from. When even more brutal attacks follow, Toby can’t help but wonder if one of the fables he was told as a child might be true. With the help of Rachel, a determined Native American girl who has moved off the reservation and into the house next door, he begins searching for an explanation for the recent carnage. He also develops feelings for his new neighbor, which are put to the test when he and Rachel discover that her uncle may be responsible for the emergence of a legendary monster that does in fact exist.

To make matters worse, there’s evidence that Nate was turned by the beast, and that he has every intention of holding onto his extraordinary new creature capabilities no matter the cost. In order to save Silver Falls from a true scary story, Toby will have to face off against forces he doesn’t fully understand – and his closest friend.

He caught only a glimpse of the intruder out of the corner of his eye as the animal struck. It was powerful, whatever it was. The creature’s blow knocked the hog farmer off his feet and sent him sailing across the stable. As he tumbled to the ground, Henry felt a sharp pain shoot up his left side. At first, he thought it was strictly the result of a hard landing, but when he brought his hand to his ribs, he discovered his jacket and shirt had been torn open by the animal’s strike. And although he couldn’t make out anything in the darkness, his fingers were now covered in a sticky wetness Henry could only assume was his own blood.

He spotted his flashlight laying several feet away and considered scrambling for it. Then, out of the shadows at the far end of the stable, appeared two glowing yellow eyes. They were all Henry could see of the creature that had attacked him. They were all he wanted to see.
No longer caring about the flashlight, he rolled onto his hands and knees and began crawling for the door, adrenaline overtaking any pain. After a yard or two, he lurched onto his feet. The ache in his side returned with the effort, and his hand instinctively went back to the wound. His clothes were now soaked with blood.

Henry heard the patter of the animal’s footfalls on the dirt floor behind him, just prior to feeling its teeth gliding through his calf. The beast’s jaw clamped down like a bench vise. The predator then yanked him back, and before he’d even really registered the attack, Henry found himself soaring though the air again. He hit the ground hard, skidding across hay and manure until he came to rest beside the opening the massive beast had created in the stable wall.

He had to get through that opening. Maybe this thing had decided to claim Henry’s stable as its own and was simply defending it. If he could just pull himself through that hole and out into the pen, maybe he’d be safe. He reached out and grabbed at the splintered wood with his bloody hands, his muscles straining as he pulled himself through the breach.

My Rant: The One You Feed was such an interesting story. From the beginning something weird is going on in this little town and the killing spree begins. But whats horrifying is that no body knows what , or who is doing it. What they do know is that this thing or person takes no prisoners and the gruesome scenes are more than what the towns people can endure. The main character Toby stole my heart in an innocent way. Toby was broken, he did not have any interest in existing.  As a reader when you find out why Tobi is the way he is it totally breaks your heart. You get all those raw emotions from him but what surprised me the most is that he is brave. In this book you work through the emotions of this character and you get to watch him grow to be who he truly is especially when another character steps into the scenes and grabs his attention. There are villains, and I am going to leave it at that, who makes this story even more believable. The author displays real life issues that you have to work through as the reader but they are simple to relate to. When Mike , the villain, got what was coming to him I cant believe I was laughing at such a horrid moment but hey I even surprised myself. Once the murders began there was this stinging feeling that there is something out there that no one wants to face, of course I wanted to know what it was but the suspense in this book keeps you on the edge and each scenes is worse than the last, But the authors continues to pull you closer to the edge and dangles you there for a while. What a rush of a feeling until you come face to face with the thing or should I say things.

Overall, I found this story intriguing and terrifying in a good way. I was able to connect to the characters and found that I actually was able to enjoy this YA story.  I am really looking forward to reading book 2 in the Out of the Dark Series.

I rated this book 3 1/2 out of 5 Purple Rant Hearts and would recommend this book to YA readers that enjoy Horror stories.

Out of The Dark Series
1. The One You Feed
2. Something Wiccan 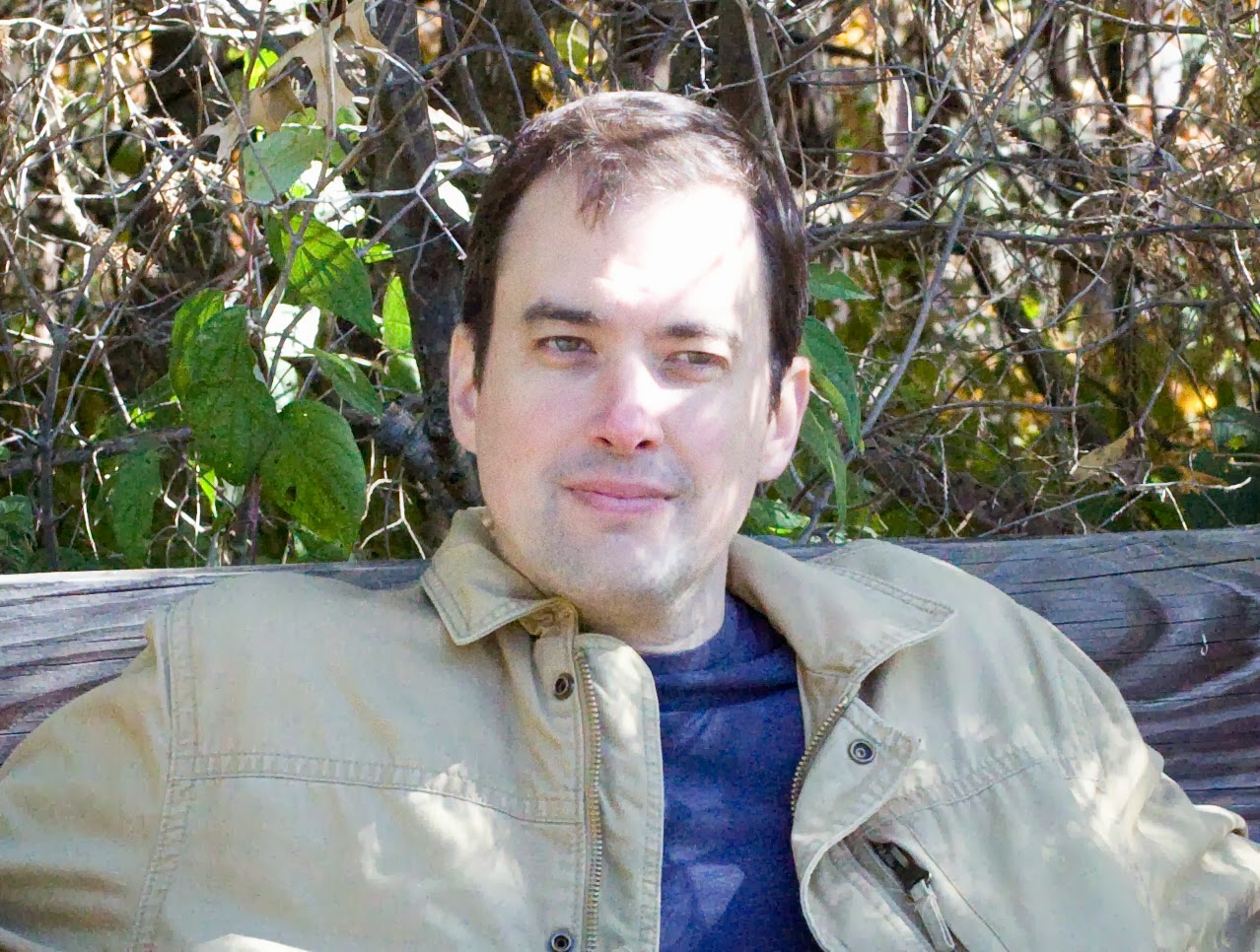 James is the author of The One You Feed and Something Wiccan - the first two books of the Out of the Dark series. He lives in Chicago, Illinois with his girlfriend Angela and two cats named Tim and Ruby. During the day James is a Senior Instructional Designer for an e-learning development company, where he writes activities and scenarios to educate learners on a wide array of topics—from fast food to PTSD therapies. A Graphics Designer at the company, Wojtek Batko, designs the covers for James' books.

Amazon Author Page
Facebook Page Out of the Dark
Goodreads

Posted by Crystal Rants at 6:17 AM

Email ThisBlogThis!Share to TwitterShare to FacebookShare to Pinterest
Labels: 3 1/2 Purple Rant Hearts, James Drummond, organized by RBTL Tours, Out of the Dark Series, The One You Feed, YA Horror, Young Adult