The Power Divided by S. Behr 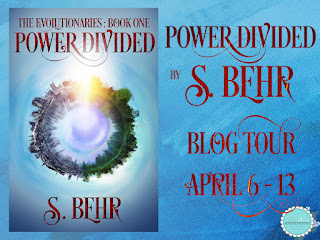 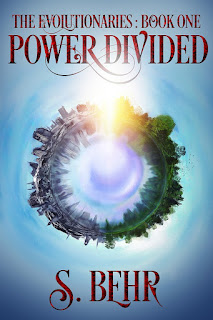 Violet is the princess of Neyr, the third of the Nine Realms of Amera. At least, she was until the day came when Violet was to demonstrate her abilities to the people and solidify her place in Ameran Society. The citizens of Amera have extraordinary abilities, from living on the ocean floor to flying in the air. But no one can turn back time. When the unthinkable happens, tearing her heart and her family in two, Violet flees and is unable to escape a tidal wave of events that brings her face to face with forgotten truths buried for millennia. Only the discovery of a thousand lifetimes may provide the key to her return home. When old enemies arrive on the shores of Neyr, distrust and prejudice resurface. Secrets begin to explode all around Violet, setting her world on fire, and those she loves fall victim to a terrorists' plan to eradicate their enemies. But Amera stands in their way, and with no mercy, the enemy is willing to go through the innocent to get what they want. Violet turns to her best friend Lily, and a few unexpected new friends, who band together to save what they can of her realm, and the rest of Amera. But in the storm that has turned her world upside down, will Violet be able to overcome the nightmare of her past in order to save the future of everyone in Amera, and perhaps the world?

“This first volume in the Evolutionaries series skillfully
balances intriguing worldbuilding, whose details are slowly revealed, with
well-paced action sequences. It also ably handles Violet’s character
development along the way while also offering a diverse, lovable supporting
cast whose members become the protagonist’s close friends and allies. The novel
effectively addresses themes of cooperation and isolationism as well as
autonomy, consent, and moving on with one’s life after learning of long-held
secrets.”
“A notable and thoughtful addition to the crowded shelf of
post-apocalyptic YA novels.”  Kirkus
Review 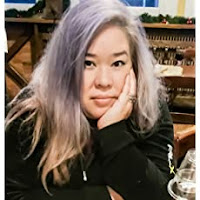 I love a good story, in all artforms. I have been a professional photographer for nearly 20 years and I had to learn to tell a story with a click of a button and capture the layers of emotion in a single image. Little did I know it was boot camp for writing. Being an author was a childhood dream and as I got older it seemed to be a dream that grew further out of reach with each passing year. But with encouragement from a lot of friends, new and old, my husband being my biggest cheerleader, The Evolutionaries series has begun with Power Divided.
To keep me company during my writing bubbles are my husband and our fur babies. They love whatever I write, even if they can't read it but they don't always love the music I write to. We all have to make sacrifices! And I am still pinching myself ever since I found out, that, recently I became a Featured Author. Power Divided will be in the Feb 15th Issue of Kirkus Magazine.

"This first volume in the Evolutionaries series skillfully balances intriguing world building, whose details are slowly revealed, with well-paced action sequences. It also ably handles Violet’s character development along the way, while also offering a diverse, lovable supporting cast whose members become the protagonist’s close friends and allies. The novel effectively addresses themes of cooperation and isolationism, as well as autonomy, consent, and moving on with one’s life after learning of long-held secrets." excerpt from Kirkus Review about Power Divided.

STEPHANIE BEHR
It took a long time to realize that being half Chinese and half Filipino, (the country I was born in), then growing up in Texas from the time I was less than a year old, made me a child of many faces, traditions, and ideologies. Needless to say, it was confusing.
But it was also amazing, and I am the person I am because of all the places my life has taken me so far, and the people I have met along the way. When I met my husband, he was a rock star, and I was his biggest fan. His first gift to me was a camera, and without the support of Pushmonkey (his band), I might not have learned how much I love photography and made a career full of priceless moments. Now, Howie is my biggest fan. With photography, we got to work together, and it has taken us around the world. Who would have thought that would happen when I opened that gift, my very first camera? Photography is the study of light. To capture a story in a moment and freeze emotions with a single click. To commemorate memories for future generations. I learned how to tell a story with a single image. Little did I know it would also be what started me down the path of wanting to tell stories with the written word.

SEE YOU IN THE NEXT BOOK!

Posted by Crystal Rants at 3:27 PM No comments:

The Not-So Dead by Isaiyan Morrison 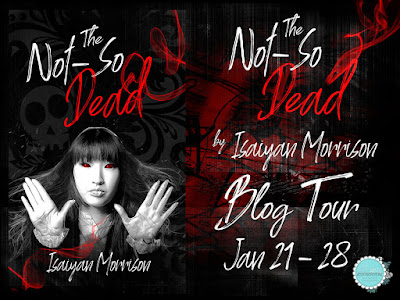 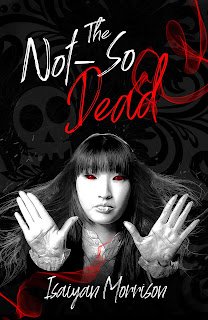 All Faye wants is another chance at being normal: hanging out with friends, playing video games, reading the latest Manga... As a wraith, her craving for a normal existence seems forever out of reach. When she makes the move to the small town of Hueman, Texas with her not-so dead nomadic family, she prays this fresh start will be the one that sticks.

Until... one of her kind is murdered by a mysterious man in a black mask.

With only Carter, an unlucky human witness, by her side, Faye must find a way to prevent the body count from rising and protect her family’s secret identity. As the man in the black mask lurks in the shadows waiting to strike again, her choice becomes a matter of life and death.

In the face of true evil, being normal is overrated.

Read more »
Posted by Crystal Rants at 6:30 AM No comments: 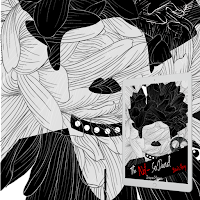 ✦•°•✦ A THRILLING Free Read!!! ✦•°•✦
Essie by Isaiyan Morrison
Isaiyan Morrison has
introduced us to some new characters in her upcoming all new paranormal/urban
fantasy titles from The Dead Trilogy. The first full length title The Not-So
Dead will be releasing in just 2 weeks Jan 21 2020,
So if you’re ready to meet our last
character and the world they live in
CONTINUE READING!!!
Read more »
Posted by Crystal Rants at 5:30 AM No comments: