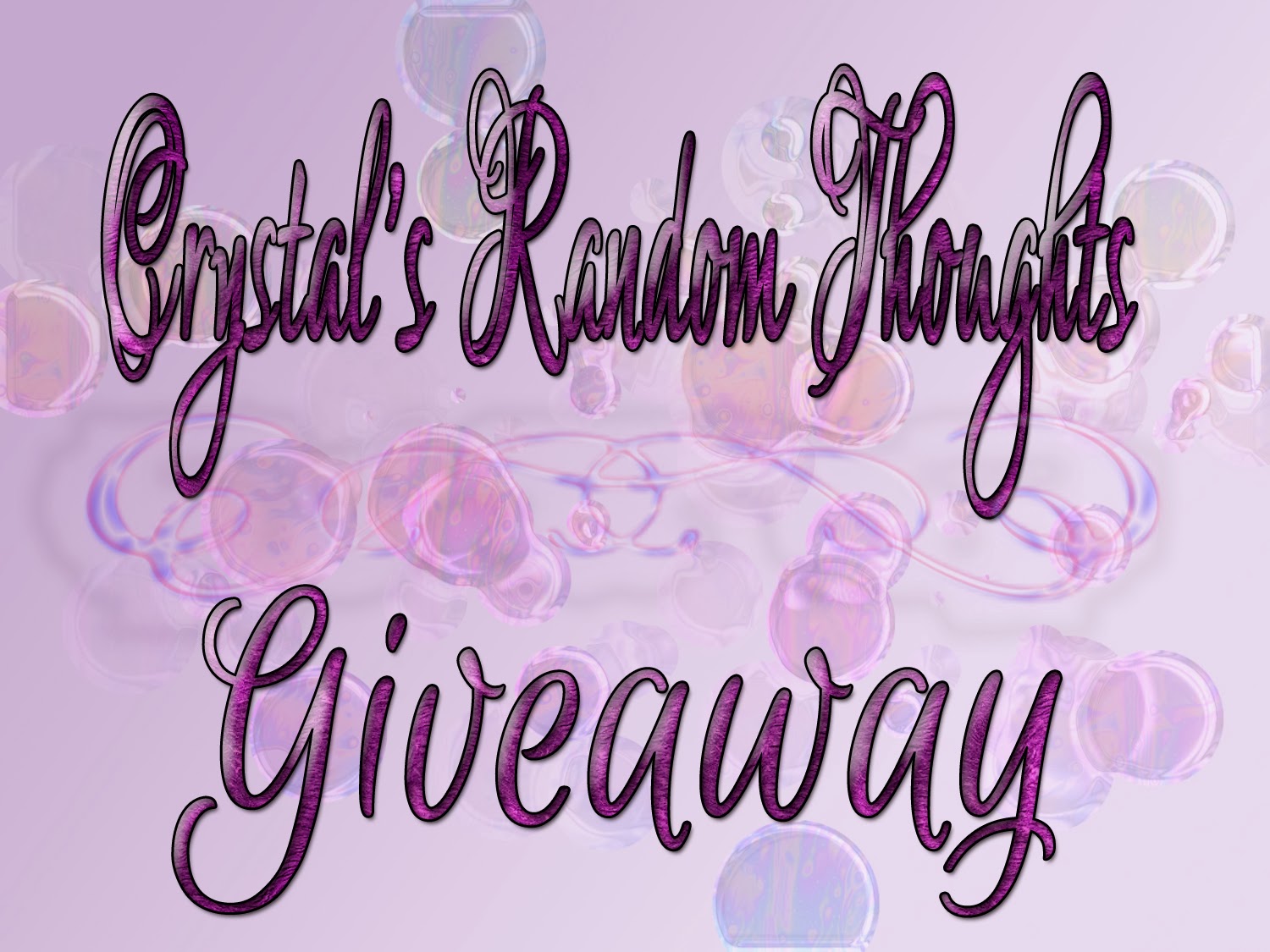 This year, I have decided to do something new. Each month I will be giving away a E-book favorite. Thats right Crystal's Random Thoughts will be giving away a E-book that is placed on her favorites list a month. Now, I do realize that some of us don't have the same taste in books so if you win and your not interested in the book selected I will convert the price of the books ($3.99) into a Gift Card from Amazon, B&N or Pay Pal Cash. E-books will be purchased from Amazon or Barnes and Noble. My Giveaway Policy will apply.
This Giveaway will January 7, 2014  12:00 am and end on February 1, 2014 at 12:00 am.

Synopsis:  Twenty-two year old Faren Mitchell hears the two words that change her abbreviated life forever. They’re so final Faren decides she has nothing to lose by seizing every remaining moment of what life has to offer.
Until Faren collides with a motorcycle ridden by billionaire Jared McKenna.
Even the dark secret of her past and catharsis as a physical therapist can’t save Faren from the sexual spiral that waits for her in the arms of a man who commits to no one. When circumstances force her to get a second job as an exotic dancer, Faren never imagines how close that choice will bring her to the brink of a new reality she is unequipped to handle.

Synopsis:  Faren Mitchell keeps the secret of her second job from the one man who could see her through some of the darkest moments of her life. She doesn't want Jared “Mick” McKenna for the billions he's amassed, but for the one thing she's never given any man: her innocence.
Mick's guilt over the injury he inflicted fuels the beginnings of something more; a sexual consumption of each other that neither were anticipating. When Faren's actions don't match her words, Mick suspicions are raised. His feelings turn to ones of protection after Faren is mugged and he can't reconcile his desire for her with the reality they now find themselves in.
As Faren's bucket list grows, so does the danger that surrounds the choices she's made. Can she take what she needs from Mick and also secure her mother's life? Or will the truth she has weaved between the lies doom them both?
Enter Giveaway Below
a Rafflecopter giveaway
Happy Ranting and Raving !!!

Posted by Crystal Rants at 9:59 AM