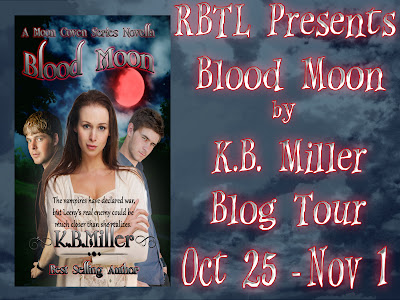 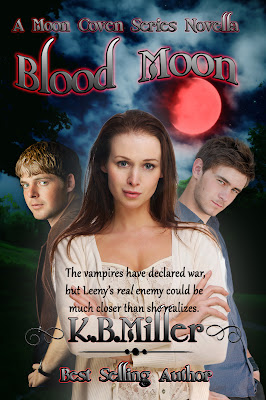 Title: Blood Moon
Author: K.B. Miller
Series: Moon Coven (A Coven Series Novella) {#2.5}
Genre: Paranormal Romance/YA
Publisher: BKC Publishing
Release Date: TBA
Blurb/Synopsis: The Vampires have declared war on the Moon Coven ...
You would think that would be Leeny Moon’s biggest trouble this time around, but two jealous guys make the horde of hungry vampires gunning for the powerful witch seem like a day at the park.
Leeny has embraced her birthright. She is next in line to lead the coveted Moon coven. Out of fear of history repeating itself, Leeny made her first kill, and for the last three years her sole mission has been to drive the vampires out of Ireland. With the help of neighboring covens she is not alone in her pursuit.
However, the close friendship developing between Finn O’Donnell and Leeny is causing a problem in her budding relationship with Seamus McNamara.
The future is up in the air as the creatures from her nightmares invade the tiny fishing town of Galway Bay, Ireland ... again. The revenge they seek is simple─Leeny’s blood. Who will survive the war on this Blood Moon? 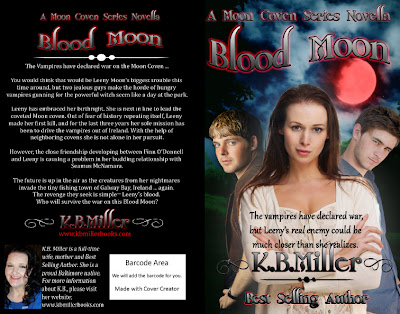 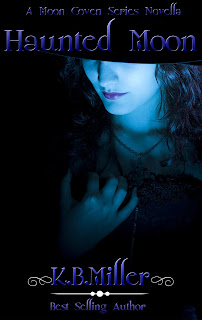 Before Lilyann stepped into her destiny to lead the coven, there was another powerful Moon witch...her grandmother.

A teenage witch-to-be in Galway, Ireland, Leeny Moon was prepared to take her rightful place in the circle along side of her family. That was until she witnessed firsthand the forthcoming nightmares she would be expected to face, vampires.

The fight between good versus evil begins here... 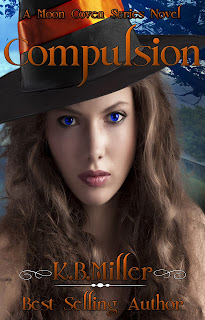 Synopsis:
A family secret kept hidden has been exposed, and the consequences could be deadly.

After Lilyann Moon's beloved grandmother dies shrouded by a veil of mystery, she and her young family members are yanked from their completely normal lives and catapulted directly into the supernatural world of witchcraft. A world they know absolutely nothing about.

The town of Hampstead, Maryland has no idea of the monsters that lurk in their midst. Or, of the dangers they will face if the Moon Coven doesn't figure out how to embrace the magick within each of them, especially Lily.

She's suddenly up to her little pointy black hat in magickal problems. Destiny presented her with one more, and it's a big one - vampires.

The only bright spot in this nightmare was meeting Mason. But, is she in love with the enemy? Lilyann is in a race against time to save her town and coven. Will she survive the coming dangers, with her heart and neck intact?

It all comes down to this one night... 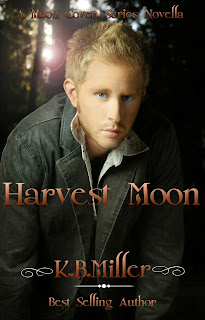 Synopsis: Seventeen-year-old Lochlan Moon had been groomed his entire life to accept the torch that would eventually be handed to him, and step into his destiny - to be the most powerful witch in almost five hundred years. He put his heart and soul into mastering a craft passed down through the generations of his ancestral bloodline.

Between the savage murder of a family member, and vanishing classmates, doubts that he'd kept buried began to resurface. Someone or something is on a monstrous killing spree in his home town of Hampstead. Lochlan is determined to help stop whatever it is.

All the while, his future within the family's circle teeters on a deadly precipice.

Will any of the witches survive to harness the magick within... after the Harvest Moon? 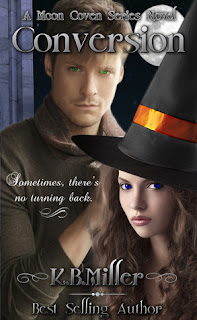 The Moon Coven series continues as the highly coveted Spirit Witch, Lilyann Moon, settles into her new destiny─ putting an end to the curse her family initiated more than five hundred years ago, once and for all.

If only her new relationship was as easy to figure out as what she’s going to wear to the annual Winter Ball.

After narrowly escaping the fight in October with his life, her boyfriend, Mason Shaw, is determined to drive a wedge between them with his overprotective ways.

As usual, everything goes to hell in a hand basket as one of their own is kidnapped. Lily must travel across the “pond”, back to her family’s homeland, to retrieve the lost member. Along the way, she must ally herself with an enemy from her past and work with a ragtag band of hunters that don’t believe that she has it in her to do what needs to be done.
Sometimes, there really is no turning back...

Can the Moon Coven save their lost member? Or will they wind up sacrificing themselves in the end?

Okay, so I'm supposed to tell you about me...

Seriously, if I wrote a book about myself it would take you ten minutes to read and you would be bored stiff after the first two! LOL
I'm a full-time writer, wife, and mother. Which basically means there's always a surplus of pencils lost somewhere in my hair, I usually have some place to be (I'm always late), I have a bad habit of calling family and friends random character's names (from my books), I talk to myself because no one else listens to me, and I can throw together a mean dinner for eight with only ten minutes notice and four ingredients in the pantry, LOL.

If you can't find me on the sidelines of my sons' football games, online, cooking, cleaning, shopping, at the local coffee joint or on the phone wandering aimlessly throughout my house then I've probably hidden myself in my "bat-cave" to write.

I have a positive attitude, and absolute fun-loving approach to life. That makes it easy for the voices in my head to take over on a regular basis providing endless hours of entertainment for my pleasure, and hopefully yours.

Random facts about me:
~My favorite color is pink
~I have a Bishon Frise puppy named Cullen Edward
~My favorite music is hip-hop
~I have a severe addiction to coffee. So much so, that those in my inner circle refuse to speak to me before caffeine O'clock! True Story
Enjoy the ride. 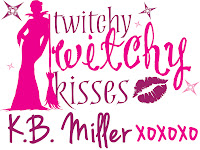 Posted by Crystal Rants at 1:19 PM