Preston Mitchell has many secrets. As an undercover DEA agent, he’s lived a life of danger and obscurity. A relationship was never a consideration...until the lovely Avery Middleton stumbles into his life.

To the outsider, Avery has it all...wealth, family, connections and a great job. But on the inside, she’s miserable. With a selfish mother driving her to the brink of insanity, a kooky neighbor that has zany plans for her to become a sumo wrestler, and a social life that’s in the toilet, Avery decides her only salvation is to get the hell out of town and start a new life. So she moves across the country and right into the path of hot and sexy, Preston.

Unfortunately, Avery ends up being in the wrong place at the wrong time and is now

running for her life. Preston is determined to protect her but she suddenly finds herself

irresistibly captivated by him. There’s only one problem. Preston’s covert missions have

one can break through. But Avery rocks Preston’s world because she is nothing like

anyone he’s ever met and something extraordinary begins to develop between them.

Can their love survive in this world, where danger, intrigue and deception lurk on every

He pushed his body against me and I could feel every contour of him. “Avery, I wish it were that easy. I want to make you feel more than just good. I want to give you something beyond what you've ever had before. I wanted us to wait until we were at that point where it actually means something and it's not just great sex. Am I even making sense here?”

“No, I think you’re being kind and considerate. Can I ask you something?”

All this time the water was running all over us. I reached over and turned it off. He smiled and opened the door and then handed me a towel.

“Does this mean you want to wait until we’re in love?”


He stopped what he was doing and turned and looked at me. His eyes were so awesome as their golden depths latched onto mine. Was it possible for someone’s eyes to reach into your heart and touch it, because I was pretty darn sure his just had? Oh hell, everything about this man was awesome. He could hop around like a silly rabbit on one foot and I’d say, “Oh, look at Preston, isn’t he just the coolest?” I seemed to be in a constant state of arousal around the man already.

My heart skipped a thousand beats. Until Preston, no one had ever thought enough of me to say something like that. Before I could even stop myself, I heard the words gush from my mouth, “Do you think you could ever love me Preston?”

My heart crashed to the floor. Why had I even asked him that? How stupid was that of me?

Before I could think of anything to say, he asked, “Do you know why?” he asked.

“Why?” I didn’t really want to know now, so I’m not sure why that tiny word eked out of my mouth.

“Because Avery I don’t think, I know I could love you.”

I whipped my head toward him so fast, because I wanted to be positive I didn’t mistake what I heard. “You could?”

“Oh yeah Avery. Undoubtedly. I could love you with all of my heart and soul.”

I beamed and kissed him lightly on the lips.

“Then I guess we’ll have to work on that, won’t we Preston?”

“I guess we will. But, you’re a little late because I already am,” he answered, giving me a cheeky grin, as he pinched my butt.


Kissing Fire has action, comedy and one of the hottest characters in books today. Preston completely took me by storm. Not only was he hot he was all alpha male and I loved. Preston is a bad boy at heart but the hero of the day.  As a DEA agent his work was dangerous and that danger made for a terrific story but it left wholes in him emotionally.

I fell hard for Preston and I could not help but get attached to him, Avery with her issues and also the witty Melissa who I feel was a great supporting character in this story.

Kissing Fire had everything any gal would want in a book a hot guy, summo wrestler friend Melissa, who was such a hoot and an awesome leading lady Avery.  Kissing Fire was an emotional roller coaster but the story also included danger and rib shaking comedy.  Saying the book had comedy in it is an understatement. I mean I laugh so hard at some of the scenes I was crying literally.

The romance scenes were erotically hot that it could melt a candy bar into liquid. These scenes raised the temperature in the room in a good way.

The author completely captivated me with this book. I have never read any of A.M Hargraves books but I will tell you right now that I am going to go back and read the previous books to this series.

I rated this book 4 out 5 stars and I would recommend this book to anyone that enjoys a dangerous yet funny contemporary romance story. 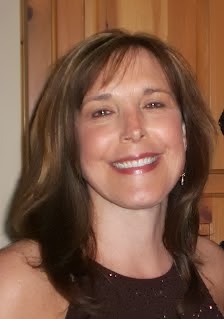 One day, on her way home from work as a sales manager, A. M. Hargrove, realized her life was on fast forward and if she didn't do something soon, it would quickly be too late to write that work of fiction she had been dreaming of her whole life. So, she rolled down the passenger window of her fabulous (not) company car and tossed out her leather briefcase. Luckily, the pedestrian in the direct line of fire was a dodgeball pro and had über quick reflexes enabling him to avoid getting bashed in the head. Feeling a tad guilty about the near miss, A. M. made a speedy turn down a deserted side street before tossing her crummy, outdated piece-of-you-know-what lap top out the window. She breathed a liberating sigh of relief, picked up her cell phone and hit #4 on her speed dial.
Boss: Hello
A.M.: Boss, is that you?
Boss: Why yes, A. M., who else would be answering my phone?
A.M.: Er... right. Well, I'm calling to let you know you can pick up my luxury Ford Focus at Starbucks near the interstate.
Boss: Why ever would I want to do that?
A.M.: Because I quit!
A.M. hit the end button and speed dialed her husband.
A.M.: Hi hubs, can you pick me up at Starbucks?
Hubs: Sure... Having some car trouble?
A.M.: Not at all. I don't have a car to have trouble with because I just quit my job.
Hubs: WHAT?!
A.M.: It's time for a new career and I am going to be a very famous novelist.

So began A. M. Hargrove's career as a young adult paranormal romance author of self-published ebooks. Her series, The Guardians of Vesturon, centers around a family of six siblings and is a mix of humor, mystery, suspense and of course, love. Survival and Resurrection are her first and second full length novels in the series and Beginnings is the prequel novella. Her third installment, Determinant, will be released on June 30, 2012. (It didn’t happen exactly like that, but you get the idea!)
Follow A.M Hargrove

Ebooks of Kissing Fire, Shattered Edge and Edge of Disaster