Because of You (Playing with Fire #2) Book Tour and Review

BOOK BLURB:   Brady Marshall has made a career of playing it safe. When he decides to do something rash and becomes a Navy SEAL, he thinks he's finally escaped the rigid structure of the high society life his parents forced down his throat. All he does is trade in one set of rules for another. He follows military protocol to a T, but it still results in the death of an entire team of Navy SEALS and puts his best friends directly in harm's way.

He’s struggled to stay afloat and not drown in grief, guilt, and booze, but he's losing that battle quickly.

When his baby sister flees her abusive husband and shows up on his doorstep with his young niece in tow, he has no choice but to clean up his act. He will stop at nothing to protect them and never let them down again, even if it means taking a job that goes against everything he believes in. If protecting a pop star princess who thinks she's better than everyone means he can keep a roof over their head, what other choice does he have?

Layla Carlysle has lived a life of luxury. She's been a star since the young age of fifteen, and every record she releases shoots straight to the top of the charts. She has people surrounding her every single day telling her how amazing she is, how beautiful she is, and how lucky she is, but she’s never felt more alone in her entire life. She wants nothing more than to break free and do what she really wants to do: write her own music, sing her own songs, and find a way to finally be happy with her life. The only thing standing in her way is her mother, Eve Carlysle. Eve has controlled every single aspect of her daughter’s life and will stop at nothing to achieve fame and fortune, even if that means using her daughter to get there.

When an overly amorous fan’s letters become increasingly more sinister, Brady will have to suck up his opinion of how the other half lives to take the job seriously. The pair will need to learn to trust each other and put aside their differences before the letters become a reality and someone’s life is in jeopardy.

Brady has been to hell and back, and he refuses to let anyone else get close to him again. Layla has never lived her life for herself, and the emptiness is threatening to break her for good.

Sometimes our lives are already planned for us, but because of you, all of that could change in an instant.


I really enjoyed reading Because of you. The story is written in the POV of Brady and Layla and what I found interesting about the book was that we got to see some characters from the previous book A Beautiful Lie. Even though this was the second book in the series I like that we are introduced to new characters and a completely new story. Again Tara has proven to be such a chameleon in writing. The story started off with a hell of a beginning.  First you begin to see the obsessive fans letters then you move right into someone trapped in a room (I wont tell you who it is).  What a beginning. The book jumps between the past and present tense so that you are getting the full-blown story.


My heart completely burned for Brady and Gwen. I wish their childhood could have been different if their parents cared about them. But that anguish made the story appealing. Battered emotionaly from the two people who should have loved them the most turned these characters into amazingly strong individuals. Gwen, Brady’s sister was such a spitfire girl. I like that she kept Brady in check because he needed it.


What I found unique about this book is that the storyline was serious, but it was lightened up  a bit with humor. I really did appreciate the humor in this book because it reminded me of Tara Sivec previous romantic comedy books. These laugh out loud moments were to die for.


Gwen Aww, Brady, did you send away for something to enhance your teeny tiny Weenie?


Brady: No, I’m pretty sure it came free when you signed up for the Itty Bitty Titty club.

See what I mean about the humor it was completely on point.


Brady is not happy that he has to take this job protecting a Layla but his driver to give his sister Gwen a better life makes him submit to the job. I am glad that he did agree, because when he first lays his eyes on Layla he is completely smitten with her. Layla is complete mess herself with her own issues but the danger that this crazy fan creates leaves her no choice but to except Brady’ services.  Speaking of servicing (wink, wink) while the suspenseful action is unfolding the romance between Layla and Brady develops and you can’t help but swoon over it. The bedroom scenes are tasteful erotic, but the plot is what leaves you feeling a rush of enjoyment.

I rated this book 4 out of 5 Purple rant hearts and would recommend this book to anyone that enjoys a suspenseful story with a touch of humor. 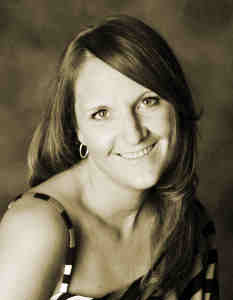 This is the pen name of Tara Sivec. Under T.E. Sivec, she writes romantic suspense novels. T.E. Sivec lives in Ohio with her husband and two children, living the dream of being a full time writer. 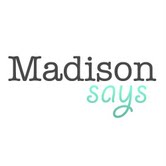