Synopsis: Charlotte Gray couldn't believe that anyone in high society would care to introduce her to potential suitors. After all, a cruel accident left her blind at the age of eight. However, Lady and Lord Rochester, her aristocratic neighbors, have taken a peculiar interest in her welfare and offer to hold a debutante ball in her honor.

Inexperienced in the ways of men and vulnerable to a fault, Charlotte begins to traverse the unfamiliar world of courtship. To her surprise, two brothers become rivals for her affections. One she favors because of his gregarious and flattering ways. The other she spurns due to his unappealing demeanor and desperate attempt to win her heart.


Pressured by her family and brokenhearted over the risqué conduct of her first choice, Charlotte is persuaded to accept Patrick Rochester's proposal of marriage instead. Her surrender introduces her into the world of passion at the artful hands of a mysterious man. When the dark and alluring husband finally conquers her heart, a shocking secret about his true identity unfolds. As a result, Charlotte learns that love can be blind for everyone-even her. 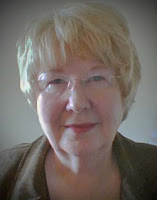 Vicki started her writing career somewhat late in life, but can attest to the fact that it is never too late to follow your dreams. Her debut novel was released in 2009, and four books later and another on the way, she doesn't think she will stop any time soon. Her usual genre is historical fiction/historical romance. However, she recently crossed the lines into contemporary romance under the pen name of J.D. Burrows, releasing "Conflicting Hearts."  She's been honored as an Award-Winning Finalist in the Fiction: Romance category of The 2012 USA Best Book Awards, sponsored by USA Book News for "Dark Persuasion."
​
With Russian blood on her father's side and English on her mother's, she blames her ancestors for the lethal combination in her genes that influence her stories. Tragedy and drama might be found between her pages, but she eventually gives her readers a happy ending.

She lives in the beautiful, but rainy, Pacific Northwest with a pesky cat who refuses to let her sleep in. Her hobbies include researching her English ancestry, traveling to England when she can afford it, and plotting her next book.