Entangled Embrace is Entangled's New Adult line, launching today with three fantastic books! If you are looking for something new and mesmerizing, embrace the endless possibilities that this brand new Entangled Publishing new adult line offers! 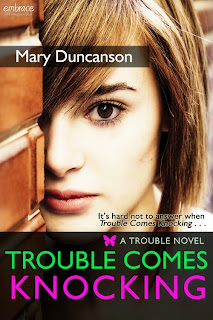 A girl who can’t forget…

Twenty-two-year-old Lucy Carver is like Sherlock Holmes in ballet flats, but her eidetic memory is more albatross than asset, and something she usually keeps hidden. When she notices that something’s amiss at her dead-end job, she jumps at the chance to finally use her ability for good. That is, until, a man is murdered, and she becomes the target of the killer.

A detective on his first case…

Detective Eli Reyes is overbearing, pompous, way too hot for Lucy’s own good, and seems as determined to ruin her relationship with her boyfriend, John, as finding the murderer. He brings Lucy in on the case, thinking she can help him get to the truth, only to cut her loose when he realizes he’s gotten far more than he ever bargained for.

A past that won’t go away…

When memories from her childhood invade her present, Lucy discovers a mystery bigger than she could have imagined. With the killer still after her, and Eli nowhere to be found, she takes things into her own hands, determined to expose the truth no matter what—before trouble comes knocking…again. 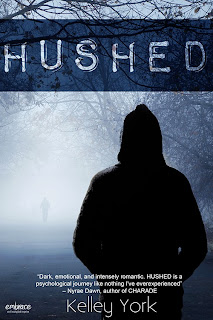 Eighteen-year-old Archer couldn't protect his best friend, Vivian, from what happened when they were kids, so he's never stopped trying to protect her from everything else. It doesn't matter that Vivian only uses him when hopping from one toxic relationship to another. Archer is always there, waiting to be noticed.

Then along comes Evan, the only person who's ever cared about Archer without a single string attached. The harder he falls for Evan, the more Archer sees Vivian for the manipulative hot-mess she really is.

But Viv has her hooks in deep, and when she finds out about the murders Archer's committed and his relationship with Evan, she threatens to turn him in if she doesn't get what she wants...

And what she wants is Evan's death, and for Archer to forfeit his last chance at redemption. 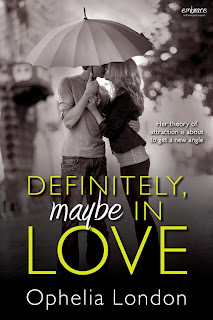 Her theory of attraction is about to get a new angle...

Spring Honeycutt wants two things: to ace her sustainable living thesis and to save the environment. Both seem hopelessly unobtainable until her college professor suggests that with a new angle, her paper could be published. Spring swears she’ll do whatever it takes to ensure that happens.

Whatever it takes, however, means forming a partnership with the very hot, very privileged, very conceited Henry Knightly.

Henry is Spring's only hope at publication, but he's also the über-rich son of a land developer and cash-strapped Spring’s polar opposite—though she can't help being attracted to the way he pushes her buttons, both politically and physically. Spring finds there's more to Henry than his old money and argyle sweaters…but can she drop the loud-and-proud act long enough to let him in? Suddenly, choosing between what she wants and what she needs puts Spring at odds with everything she believes in.

Definitely, Maybe in Love is a modern take on Pride and Prejudice that proves true love is worth risking a little pride.

To celebrate the launch of the new line, Entangled Embrace is giving away a Kindle Fire, an iPod Shuffle, and a $25 B&N Giftcard!