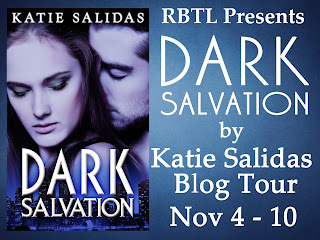 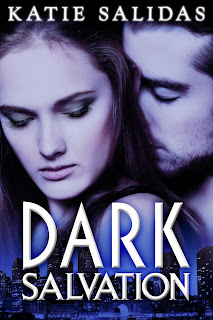 Blurb/Synopsis: A gathering storm of violence is on the horizon. Whispered threats of the Acta Sanctorum’s return have the supernatural world abuzz. Only recently aware of the other world hidden behind our own, Kitara Vanders has barely scratched the surface of what being supernatural truly means. A special woman in her own right, she possesses unique telepathic abilities, gifts that have recently come under the scrutiny of the Acta Sanctorum, a fanatical organization whose mission is to cleanse the world of anything supernatural. Targeted, and marked for death, Kitara’s only hope lies with the lethally seductive yet emotionally scarred warrior, Nicholas.

Knowing full well the atrocities the Acta Sanctorum is capable of, Nicholas is all too eager for the battle to begin. Fueled by pain and rage from the loss of his mate, he’s itching for a fight, but one thing stands in his way, Kitara: a beautiful dark-haired woman with unique psychic abilities and an unusual link to the Saints. Despite his resolve to remain focused on his mission, a purely physical relationship binds them together in a way neither of them expected. And when her life hangs in the balance, Nicholas finds his own is teetering on the edge too.

“You act like you haven’t seen a woman before.” Kitara teased.
“It’s been a long time.”
She must have picked up the hesitation in his voice. “I’m sorry, was that rude of me? I just meant—”
Nicholas silenced her with a finger. “Tonight is for us. No pain. No past. Just this.” He had to remind himself as well. He found himself connecting with her in ways he had not thought possible before. But she was not his. And would never be. Tonight was for fun. Stress relief. Taking their mind off things. Hell, any excuse would work, but the bottom line was, none of this would happen again.
His hand traveled down to the small thatch of curls between her legs. He captured her lips again as his fingers found her clit. She was so wet, so hot, and Nicholas loved the way her body responded to his touch.
Kitara moaned into his mouth as he rolled her nub between his fingers. She reached out and wove her fingers into his soft dark hair, tugging and yanking as he hit just the right spots.
He loved that little tug and pull as she tightened her grip in response to his movements, encouraging him to do more. Nicholas gently pinched and parted her nether lips, then dipped a finger into the heat between.
She was already sopping wet. Kitara whimpered as Nicholas coated his fingers in her sweet juices.
The heady scent of her arousal taunted him. He needed a taste. Nicholas pulled away from her delicious lips and met her lusty eyes. “Lie back.” It was an order, not a request, and one Kitara was more than willing to follow.
She relaxed back onto the mattress and spread her legs out in offering to him.
Nicholas shucked off his clothes and knelt before her reverently, as if praying to the gods for the bountiful feast that lay before him.
He slipped his hands under her thighs and lifted her legs up to pull her closer. He dragged in a long, slow breath, taking in every note of her sweet perfume before giving her a gentle lash of his tongue.
Her body jerked as his velvety tongue swirled across her engorged clit. He nibbled at it and sucked it hard into his mouth. Kitara couldn’t hold back her whimpering sobs, begging with each panting breath for more.
Nicholas continued his exploration. He delved between her folds, lapping up her juice like a cat with cream, savoring her sweet essence.
He could spend all day drinking from her fountain and enjoying the sounds of her pleasure. He traced every inch of her lips with his tongue as if mapping out every delectable inch of her.

I loved this story. Dark Salvation completely through me for surprise. I have to admit that Nicholas was not my favorite character when he first stepped on the scene. He was annoying but in a big brother type of way.  But his devotion to rozaline was outstanding. To see him loose rozaline was heart wrenching and you watch Nicholas morph into a character that you love and respect and in this book you want to treasure him.

Still hurt by the lose of his mate Nicholas wanted revenge and who can blame him I totally adored Rozaline. But that hurt morphed into rage and when our that distraught you begin to feel hopeless like there is not left to live for. So he began to act out. Watching Nicholas in this state totally broke my hear but when Katara a witch who also lost her mate steps on the scene thing start to get interesting. There is an attraction between the two and you are helpless to let it all play out. Love is not always easy because and betrayal is knocking on the door and I am gripping my seat because I want these characters to be together but there is so much in the way of the romance.

Overall I loved this series and I am completely in awe over Dark Salvation. The the storyline and characters grip you and keep you attention. There is so much action that you feel a rush of excitement that you have to keep reading in order to see how the storyline is going to play out. This book was quite the page-turner I am so sad that I finished it because it like I am leaving Lysander, Nicholas and all my other characters behind. My time in the series has come to and end and I am literally pouting right now.

Posted by Crystal Rants at 6:44 AM