Seeing Adam Waters is the last thing veterinarian Megan Young expects. Ex-Marine. Ex-boyfriend. And still extremely dangerous territory. But Adam doesn’t know the secret Megan has been keeping from him. The secret that was created three years ago, after their last night together…
Adam returns to Raven’s Cove to sell his home in a final break with the town and memories that haunt him. The problem is that his attraction to Megan is as blazing hot as it ever was. But when a vicious smear campaign against Megan turns ugly, Adam learns the truth he never knew—he has a son.
Now the only way Megan can protect her child is to strike a bargain with Adam. And it’s a bargain that looks a lot like blackmail…


My Rant: My heart poured out to this story. It was hard to work through some of the emotional ups and downs but that alone made this story so amazing. The plot was written in the POV of the two leading characters Adam and Megan. Which made it easy to get a glimpse in to the scene and view some of the same scenarios through each character perspectives. This book took me for a complete surprise. Because I didn’t think I would be attached to this story.

The beginning of the story started out with a rush of action. There were events happening right after the other and then you are led into one of the most romantic scenes between the leading characters Adam and Megan. They just had a chemistry that was so undeniable and intriguing that the heat index went from 30 degrees to 90 degrees in my room. The sparks they created once they made a connection was like poring soda on a car battery (booom) what an explosion.

Megan an accomplished veterinarian took pride in her work. She loved to care for animals. She was really a vixen at heart but what made her more appealing was that she was so vulnerable. I love when a heroine is vulnerable because that means a second character has to come in a save the day for her. How about dropped dead gorgeous sexy ex Marine named Adam. Adam was all Alpha and some… to hot for TV.

When Adam walks back in to Megan’s life she cannot deny what she feels for him but he has broken her heart more that once but the magnetic pull between the two of them is just too much for her to bear. Adam returned to the town for business but his mind is on making amends with Megan but that mean he would have to make some adjustments.

The relationship with Adam and Megan was partially easy and hard. I worked through so many emotions that I was left completely weak from it. Both character dealt with abandonment, loss and the struggle of trusting on another. Just when you think that they are going eliminate the wall between them and finally live in a blissful relationship something happens to one of the characters and then a bigger and thicker wall is separating them. It was frustrating because you know just how much they loved and craved each other.

This plot was very suspenseful and it kept me completely at the edge of my seat. There were some twist and turns that were not expected but they were a pleasant surprise. This book was such a quick and easy ready because the plot was written really well. The author engages you and begins to explore your emotions through the character’s breakdowns.

I gave this book 5 out 5 purple rant hearts. The plot was amazing and this story just came to life for me honestly.  This is not an easy romance but when you get to the end your glad that you stuck it out because the ending is everything you expect it to be

I would recommend this book to anyone that enjoys Contemporary Romance.

FTC Disclaimer: I received this book for free from the author, editor, publisher, or Promo Host. This is my honest opinion about this book and I did not receive any monetary compensation for writing this review nor was I obligated to write a positive one 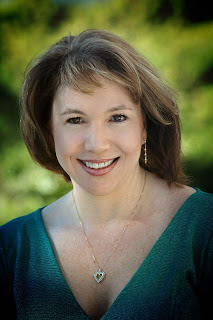 Award winning author Jennifer Apodaca grew up in Southern California and met her very own hero at the dog pound. She worked there, he came in on a business, and it was puppy love. They married and had three wonderful sons.
While her husband worked on his master’s degree, Jen did the mom thing by day and went to college at night with the intention of perusing a marketing degree. But her true passion was writing. With time at a premium, she had to make a choice.
Choosing writing, and with the full support of her husband, she poured herself into her dream. A mere eight years later, she published her first book DATING CAN BE MURDER. In her career, Jen has written a fun and sexy mystery series and a variety of contemporary romances. Taking the pen name of Jennifer Lyon, she also created a dark, sizzling paranormal series, and most recently, The Plus One Chronicles, an emotional and sexy adult contemporary series.
Jen has achieved many of her dreams except for attaining a self-cleaning house, a latte delivery service, and finding the holy grail of nonfattening wine and chocolate. She can live with those disappointments as long as she can keep writing the stories she loves to share with readers.

Jennifer is offering a $50 Amazon Gift Card to one lucky winner! Please fill out the Rafflecopter form below for your chance to be entered.
a Rafflecopter giveaway