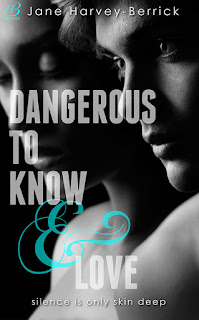 Purchase Links: only on eBook via Amazon and Smashwords

Genre: Mature new adult, with scenes of a sexual nature

Readership: Women aged 18+ (this novel will have a mature content warning as the sexual content does not fall within the New Adult classification guidelines)

Nineteen year old Daniel Colton is the guy all the girls want to date, and the man all the guys want to be. Moody, with an explosive temper, closed off and sullen, he’s also beautiful, tatted in delicious ways, with a pierced eyebrow and spiky black hair. It’s rumoured he has piercings in other places, too. Is he really mad, bad and dangerous to know?

Daniel lives with his older brother, Zef, and their home is party central. You want drugs, a good time, liquor, no questions asked? Colton’s is the place to go.

When Daniel and good girl Lisanne Maclaine have to work together on an assignment, Lisanne finds there’s a lot more to the college’s bad boy than his reputation. He’s intelligent and funny and good company. And then she discovers his secret, why he’s so closed off to everyone, and determined to keep people at arms’ length. But being his secret-keeper is harder than she ever dreamed.

Who is Daniel
This is the journey and development of Daniel, a first year college undergraduate, majoring in business.
Both of Daniel’s parents died two years ago in a car wreck. Daniel has an older brother Zef who deals in drugs and the once typical, blue-collar American family home is now a trashed drug den because of Zef’s never ending revolving door of party goers and ‘clients’. If you want ‘it’ everyone knows you go to Zef’s place to get ‘it’.

Daniel keeps to himself. Everything about his behaviour is unwelcoming. Although beautiful, Daniel oozes arrogance: he’s tall and slim with spiky black hair, has a broad back and strong muscular arms complete with swirls of red, gold and black tattoos drifting down to his elbows, and matching nipple rings. He wears Ray Bans, a leather jacket, and has a silver ring piercing his left eyebrow, smokes cigarettes, drinks booze and drives around on a 1969 Harley Davidson.

Daniel is the ‘hard’ boy; a player. Daniel is angry. Daniel has a secret. Daniel is deaf (this is a spoiler, please don't reveal – Daniel’s deafness is inferred from the very beginning but it is not fully revealed until the end of chapter two ). Music, once the centre of his life, is now lost to him.

Who is Lisanne
Lisanne is a first year college undergraduate, majoring in music (classical violin) with a minor in business. Lisanne also happens to be a great singer with a penchant for blues and indie rock, and becomes the lead of a local band.

Lisanne comes from a ‘nice’ family complete with a mom and dad who are math teachers, a younger brother, and a typical ‘white picket fence’, middle class, American home, complete with a large peach tree in the front yard.

Lisanne is the ‘soft’ girl; an innocent girl, a 'library' girl.

This is a journey of two, in their young college years, opposites, who happen to fall in love.

What is Dangerous
‘Dangerous’ has nothing to do with dark, evil or knives whatever… it’s about Daniel’s character.
He’s deaf and he maintains a persona to keep people away. He has this aura around him that’s supposed to elude his pursuer.

I’m don’t mean “pursuer” as in some stalker, I mean a “pursuer” as in just someone, anyone wanting to approach him just to say ‘hi’ or even a college student that needs to sit next to him because it’s the last seat in the lecture hall.

Daniel only let’s his brother into his world and because he has a hearing disability (shhhh, we don't dare use that word) he puts up all these walls to keep everyone away – he doesn’t want to let anyone get close to him, physically or emotionally, because he can’t cope with his own deafness let alone dealing with the pity of others when they find out his 'disability'.

Daniel is actually, by no means dangerous, he just has to be that way to protect himself from the possibility of hurt and ridicule.


But then… Daniel meets Lisanne.

Jane Harvey-Berrick is a writer of adult and young adult novels.


For as long as she can remember, Jane Harvey-Berrick wanted to write. Perhaps it was growing up in Alderley Edge in England, well known for its mystery and folklore, which sparked her imagination as a young girl.

As a child, Jane’s talent did not go unnoticed by those around her, with her skill for writing first noted by her schoolteacher at the tender age of five. Jane went on to complete an English Literature degree from the University of Birmingham, later moving to London for work.

Initially unsure of the best avenue to channel her love of writing, it took a brush at journalism, teaching and copywriting for Jane to find her true calling in penning non-fiction novels for a variety of genres.

Inspired by the personal stories of those around her, it’s the everyday encounters that provide Jane with some of her greatest ideas. It’s often from a simple discussion overheard in the train, or in a café, that Jane can craft an engaging story and develop complex, relatable characters.

Jane has a soft English accent, and a subtlety to her voice that draws you in just as effectively as her novels. With such a sweet and engaging character, her sharp wit and subtle cheekiness can catch you by surprise.
Despite her warm nature, Jane doesn’t give too much away, choosing instead to reveal more about herself through her stories. Her passion for her novels is undeniable; Jane happily admits that she loses herself in her characters and is wholly absorbed in their world. Whether a thriller, fantasy or adult romance novel, it’s her ability to take the reader with her on these journeys that makes it impossible to put her books down.

Although well travelled, Jane is a true homebody. She relishes her morning coffee with her husband John, and often finds her greatest epiphanies occur during her daily walks on the beach with Pip, their Jack-Russell terrier.

Posted by Crystal Rants at 1:00 PM