Book Review: Dark Side of the Moon - Dark Hunter -Book 10

Rayvn and Susan story was intriguing. There were several twist and turns it was hard to tell what would happen next. I would like to see Ash more involved in the story, lately he has been absent due to Artemis needs. I am not happy that there are many casualties with the dark-hunters. I know we meet Belle briefly but I really liked her character given her short role in the story. I would have liked to see her progress with the other dark hunters. For once in the series the daimons show compassion. I question whether or not Stryker was going soft and if he would loss the control over his Spathi daimons. A new concept was introduced in the story was a mated dark-hunter, which according to the DH law a dark hunter is forbidden to mate, but that seems to not apply to Sue and Rayvn. I am deeply sadden by Cael and Aramanda, they are daimons now, but maybe there is more to there future than this book told. There are a lot of unanswered questions which I feel compelled to have them answered. LOL. Last but not least, Nick Gautier, What the hell is he thinking. I know he wants to kill Ash because he feel Ash is responsible for his mother death but he is working with a daimon that aided in the plot that killed his mother. Nick is being ruled more by his emotions which is causing him to make stupid mistakes. Hope full he will come to his senses.

I really liked Nick as a squire but this new Nick is definitely starting to irate me. I really enjoyed the book and I rated 5 Purple Rant Hearts  even though it took me 6 days to read it due to my computer breakdown which is still occupying my time.

Posted by Crystal Rants at 12:08 AM No comments:

The Drama of Computer Issues

For the past couple of days, I have been occupied with fixing my computer. Ugh the agony. Eventually I had to send it to the shop so that they can fix it. In the meantime I have been using a family members laptop. I was able to back up my information so that I could install it on the borrowed computer yay!. I am still upset about the whole issue, I am behind on my reading. I look to finish my DH book sometime today or tomorrow.
Posted by Crystal Rants at 4:40 AM No comments:

Wren and Maggie's book definitely aimed to please. Wren a Tigard was accused of being harmful to the people around him. He was un-tamable until he met Maggie a close friend of Nick Gautier. Wren falls for Maggie and completely opens up his heart to her. In the mist of their love Wren and Maggie must do what they can to survive the death warrant on Wrens head while the tribunal of the Katagari and Arcadian lead by Salvitar debate of Wrens innocence. Meanwhile Wrens and Maggie go back into the past to see if they can gain evidence of Wrens innocence and prove once and for all wrens mother killed his father and then she and her lover where mysteriously murdered. While in the past Wren’s father gave Maggie powers that turned her into a Tigard so she would not be vulnerable and can offer aid to Wren. What was interesting about this book is that the past was the present and the present was the past, ironically. We also get to see the Pieter family in their raw form especially Nicolette. I always thought sanctuary was a place for Katagari and Arcadians that needed a home when they did not have one. Little did I know that Nicolette doesn’t want to offer refuge to no one but her family and is having a hard time dealing with her own demons.  I wonder if Amy will ever have a chance with Fang, hopefully we get an answer in one of the books to come. Wren and Maggie’s book has made my top 5 books in the DH series; this book had it all comedy, steamy scenes, fighting etc. I rated it 5 stars.
Posted by Crystal Rants at 8:21 PM No comments:

For weeks I have been stuck in the BDB and Dark-Hunters series that I have neglected my knitting. Today I woke up with the urge to knit again so I am going to stop by Knit Picks to see if i can find a small project to satisfy my knitting cravings. Knit Picks has a lot of good projects to pick from. I like their website because you can pick a project and everything comes with it (except needles) like the amount of yarn you will need to complete the project and the pattern. Well i am off to internet shop.....LMAO. I need to get this out of the way before the super bowl game....... I hope the Giants win but those Patriots are a good team to go against.
Posted by Crystal Rants at 11:15 AM No comments: 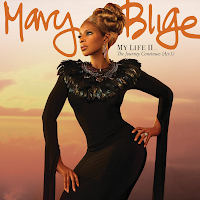 I spend a lot of time on the road, so while I am traveling I set-up a couple of songs on the playlist. This week I listen to Mary's My Life II CD. I don't feel most of the songs but I did find 3 or 4 that appealed to me the most;

No Condition
25/8
Mr. Wrong
I have been a fan of Mary's for a long time, I was shocked that I only liked three songs of this album, maybe some of the other songs will grow on me.
Posted by Crystal Rants at 10:42 AM 2 comments:

A Place In This World -This episode was better. There were more fight scenes, oh yeah, that's what I am talking about. You got to see the gladiators in their raw form. Why is Oenomaus fighting in the pits again? I dont understand why he wants to die because he betrayed his dominus, he owed his dominus nothing, but the decision to go to the pits landed him in Glabers grasp by a man who betrayed them all in the previous seasons. Glaber is falling prey to Lucretias prophecies and crazy sacrifice to clean the house, LOL, which is creating a wedge between him and  Ilithyia. Meanwhile Lucretia has a plan up her sleeve. Ilithyia still doesn't buy the fact that Lucretia is willing to help Glaber capture Spartacus and the other gladiators and she wants to and has attempted to kill Lucretia. Will the truth come out about Spartacus and Ilithyia? I think it will, she is  experiencing  intimate feelings about Spartacus and their last encounter. The Plot thickens.

Posted by Crystal Rants at 10:24 AM No comments:

Danger's book was good but I think it could have been better. For me the book started out slow and the steamy scenes were average, what is going on with the dark hunter romance?  These guys and girls are immortal they can do what they want, there's no right to put a limitation on the romance...lol.

What is the book about? Alexion the first shade and Acheron right hand man was sent to the dark hunters in Mississippi to pass judgement on them or help them to save themselves. In the process he met danger and fell in love with her, but they cant be together due to Alexion's situation.

Read more »
Posted by Crystal Rants at 8:56 AM No comments:

Posted by Crystal Rants at 2:45 PM No comments: