Excerpt: The Master of Blackmoor by Julie Shelton 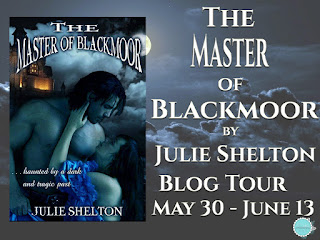 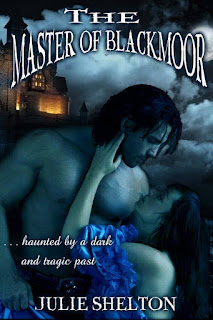 Title: The Master of Blackmoor

Blurb/Synopsis: Danielle Dulac has just been sacked after spurning her employer’s lecherous advances. Penniless and without references, she is desperate to acquire the position of governess at Esterly House on the bleak Yorkshire moors. When the mail coach slides into a ditch in the middle of a blizzard, she is forced to seek shelter at the nearest house, Blackmoor Hall.

But visitors are not welcome at Blackmoor Hall and she gets sent to the stables to shelter from the storm. She is jerked out of sound slumber by a snow-blasted horse bursting into the stall, practically trampling her beneath his slashing hooves.

Anthony Markham, the Duke of Blackmoor, has just returned home after six months of dissolute living in London. He is surly, sarcastic, enigmatic, and hostile. And the most sensuous man Danielle has ever met. The attraction between them is instantaneous, combustible…and forbidden. Though a descendant of French nobility, Danielle is still a mere governess and Anthony Markham is a Duke.

When the position at Esterly House falls through, she has nowhere to go and faces a bleak future. To her shock, it’s Anthony Markham who comes to her rescue, offering her a position as governess to his four-year-old son, Geoffrey. Against her better judgment, she accepts.

She soon discovers that the Master of Blackmoor is haunted by a dark and tragic past filled with lies, betrayal and death. Unfortunately, the past is not over. Evil stalks Blackmoor Hall. The danger is escalating and all the clues point to the Duke himself.

As the passion between Anthony and Danielle rages out of control, so does the peril they face. Will they solve this mystery in time? Or will it wind up destroying them both?

Anthony meant for this to be a gentle, companionable kiss. But the unexpected ardor of her response ignited a heat inside him that quickly blazed out of control, raging through him like a firestorm. Slanting his head, he twisted her lips open, seeking entry into the sweet cavern of her mouth. His cock hardened even more, a rigid rod of steel straining against his breeches. Grinding against the soft flesh of her thigh.

She moaned, a low, guttural sound that was ripped from her throat. She should have pulled back. She should have resisted this assault on her innocence. But she didn’t. Instead her mouth parted eagerly beneath his to admit the demanding urgency of his tongue, meeting his thrusting invasion with answering thrusts of her own.

Danielle felt herself being dragged under by the relentless tide of his passion and she clung to him desperately, caught up in a whirlpool of desire, spinning out of control by the intensity of the emotions that had been building between them.

Suddenly frightened by the magnitude of her response, she tried to pull away. A pathetically futile gesture, for he simply tightened his arms, refusing to let her go. Pulling his head back just far enough to order, “Be still,” against her mouth, he kissed her again, brushing his lips lightly back and forth across hers, their ragged breaths mingling.

For him, it was a kiss of fragile enchantment, an exploration of all that was soft and vulnerable in her, a blind seeking of all that was loving and giving in her. For her, it was a surprise revelation of all that was loving and giving in him. The kiss wrenched tiny whimpers from her throat as she lifted one hand to curve around the side of his face, spearing her fingers in the crisp curls of his hair.
Then he slanted his head once again and claimed her mouth in a kiss that devoured her. A kiss that dissolved her limbs and left her weak and mindless. She couldn’t think. She couldn’t move. She could only cling to him, answering the fierce demand of his mouth on hers with equal fervor. Until, just as quickly as it had begun, it ended.

With a low groan, he tore his mouth from hers, but he didn’t release her as she feared he might. Instead he tightened his arms around her and, with another groan, he buried his face against the side of her neck. His breathing was harsh and ragged and just barely under control. Then he loosened one arm, but he still didn’t release her. Instead, he lifted his hand to her head and pressed it against his shoulder, holding her to him as if he never wanted to let her go.

In one ear, Danielle could hear the frantic drumbeat of his heart. In the other, harshly whispered words in a language she didn’t understand. Only one word seemed clear. Dragă. He repeated it over and over and she knew he was referring to her.

Even though she was completely aware of the untenable nature of her position, she made no move to end the embrace, content to just remain where she was, breathing in the clean pungent scent of bay rum cologne mixed with pure, elemental man.

Mon Dieu, you must stop this. This is lunacy! You’re sitting on a man’s lap, for mercy’s sake! A man who is your employer, no less! A peer of the realm, who holds your entire future in his hands. It’s scandalous! It’s unheard of! 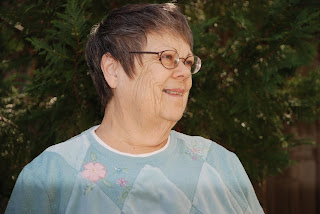 She published Kidstuff, an award-winning, monthly newsletter, as well as a book, Puppets,
Poems and Songs, both major language arts resource for early childhood
educators.

At various points in her life, if asked what she would like to be, her answer would have been (in rough chronological order, since some of these lofty ambitions overlapped): a fairy, a princess, a ballerina, Nancy Drew, Cherry Ames, a paleontologist, Scarlett O’Hara, thin and beautiful, an
actress, and a writer. Now, at age 73, her answer to that question would most
likely be, “younger”.

Followed closely, of course by bestselling author. Oh, and a princess. Some dreams die hard. Now retired, Julie lives in a suburb of Atlanta, Georgia.

Other Books by Julie Shelton

Julie Shelton writing as A.J. Steele
Mastering the Professor Series
Taken in Her Office (Book 1)
Taken on the Dinner Table (Book 2)
Training to be Taken (Book 3)
Taken to the Edge (Book 4)
Taken in Public (Book 5)