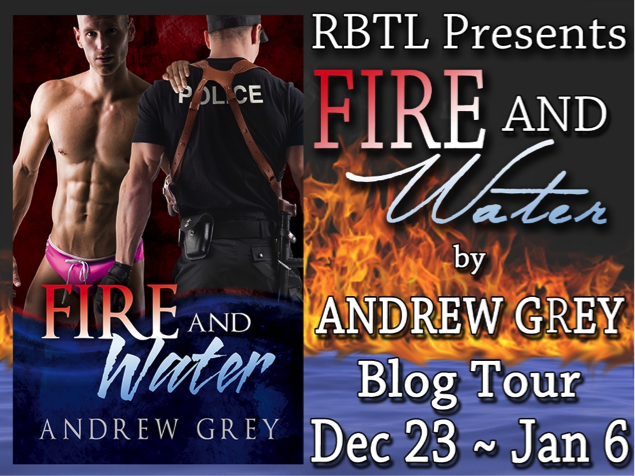 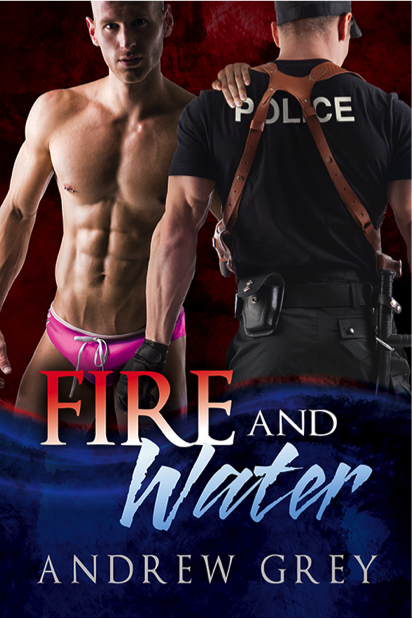 Blurb/Synopsis: Officer Red Markham knows about the ugly side of life after a car accident left him scarred and his parents dead. His job policing the streets of Carlisle, PA, only adds to the ugliness, and lately, drug overdoses have been on the rise. One afternoon, Red is dispatched to the local Y for a drowning accident involving a child. Arriving on site, he finds the boy rescued by lifeguard Terry Baumgartner. Of course, Red isn’t surprised when gorgeous Terry won’t give him and his ugly mug the time of day.

Overhearing one of the officer’s comment about him being shallow opens Terry’s eyes. Maybe he isn’t as kindhearted as he always thought. His friend Julie suggests he help those less fortunate by delivering food to the elderly. On his route he meets outspoken Margie, a woman who says what’s on her mind. Turns out, she’s Officer Red’s aunt.

Red and Terry’s world collide as Red tries to track the source of the drugs and protect Terry from an ex-boyfriend who won’t take no for an answer. Together they might discover a chance for more than they expected—if they can see beyond what’s on the surface.

“Terry,” Julie said from next to him, and he turned back around. “Are you watching that guy?”

He ignored her, taking a sip of his beer, and then turned to her. “Do you think I’m shallow?”

“That’s a loaded question if I ever heard one.” She sighed and rested an elbow on the bar after looking at him. “If you want my honest opinion, I’d say you’re self-absorbed as opposed to outright shallow, but most people equate the two pretty closely, so, yeah, you’re a little shallow.” She bumped his shoulder. “Hey, you did ask.”

Terry swallowed and met her gaze. “I suppose if I didn’t want to hear what you thought, I shouldn’t have asked.” That was so not the answer he had wanted to hear. He’d asked because he had overheard what the paramedic had said at the pool, and Julie was supposed to tell him they were full of shit, not agree with them.

“Damn right,” she said, and Terry rolled his eyes. “You have to admit that you put a lot of importance on how people look, and that didn’t turn out so well with—”

“Don’t even say his name,” Terry growled just loud enough for her to hear.

“Fine,” she snapped slightly. “But you know I’m right. You have the perfect swimmer’s body and the perfect tan all the time, even in the winter.”

“No, you sometimes obsess over how you look, and when you met… you know who….” She rolled her puppy brown eyes again. He knew mentioning his name wasn’t going to make him magically appear, but just thinking about his ex sent a cold shiver up his spine, and instantly he felt momentarily isolated in a room full of people. “You latched on to him like crazy, but look where that got you.”

“No. You’re going to hear this. I know you’re really cute and hot and all. You’ve got the handsome whole swimmer thing going and the job that goes with it, but, Terry, we’re here talking about whether or not you’re shallow, and a kid nearly died at the pool today on our watch. I kind of think that’s the definition of shallow.” Her eyebrows cocked upward, and Terry looked away.

“Dammit,” he said half under his breath, looking up as the server placed their food on the bar in front of them. “Thank you,” he said with a smile and received one in return.

Julie took the first bite of her salad and swallowed. “So I guess the question is, if you don’t want to be shallow, what are you going to do about it?”

“Yeah. Do.” She glanced over at him with one of those fiery looks that if he were straight would have had him instantly hard and aching to take the tiger to bed. Instead, when he got one of those looks from her, he knew he was in deep shit.

“Can’t we talk about this a little?”

“You want to talk? Okay. Kid nearly drowns, we save him and get him out of the pool. It’s made all the news reports that we saved his life, which should make both of us happy. We did what we’re good at, and it made a difference. It wasn’t our fault that he fell in and got hurt, regardless of what his mother said. However, instead of talking about that and trying to figure out how we’re not going to let it happen again, you’re having a crisis of identity because some people you don’t know said you were shallow.” She patted him on the shoulder. “I think the time for talk is long past. Honey, face it—you’re shallow, okay? And vain, let’s not forget vain. But you’re really nice to look at, so I’ll give you that, because there are times at that pool when we see things no one should have to see.” They both shuddered.

My Rant: Great story. I am hooked. I want to start of by saying that, I met this author at the Hollow Reads book convention and he was one of the funniest and live person you could meet. so when i find out he was going to do a book tour I jumped right on to do a review. I am really glad that I did. Andrew is a very talented author, he uses his story in such a marvelous way. While engaged in the story you get the action that comes from an investigation that is started to two endearing hearts finally making a connection with each other. As we all know romance is never easy but when it happens it such a special thing to encounter. Andrew's writing style is unique and captivating his characters are everyday people with every day problems and his plot completely keeps me emotionally bonded to the story. The romance is breathtakingly beautiful because it felt authentic, real and full of energy. The supporting characters were witty as well and added flair to the story,  so while you are reading you get to get other characters inside full review on the events as they transpire. This is the first story I have read from Andrew Grey and it wont be the last. As I type this I am browsing through more of his titles. Andrew you can definitely add me to your fan list. 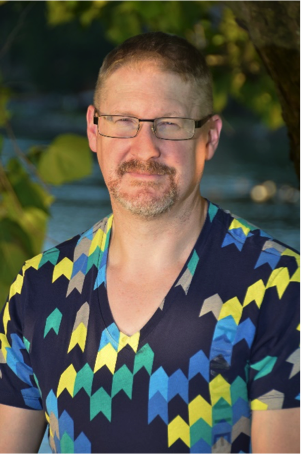 Andrew’s hobbies include collecting antiques, gardening, and leaving his dirty dishes anywhere but in the sink (particularly when writing) He considers himself blessed with an accepting family, fantastic friends, and the world’s most supportive and loving partner. Andrew currently lives in beautiful, historic Carlisle, Pennsylvania.

Posted by Crystal Rants at 7:34 AM