Book Tour Review:Journey of the Princess of Ice byLaVerne Thompson 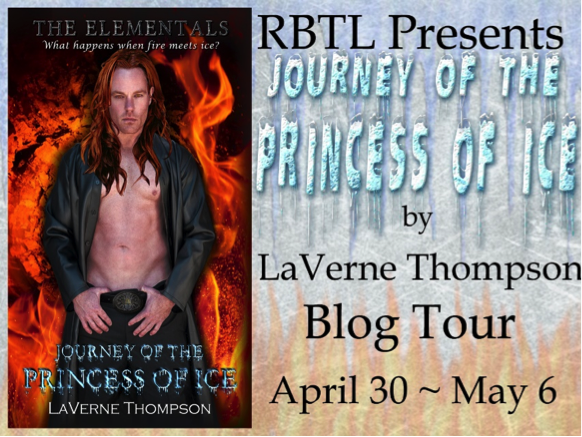 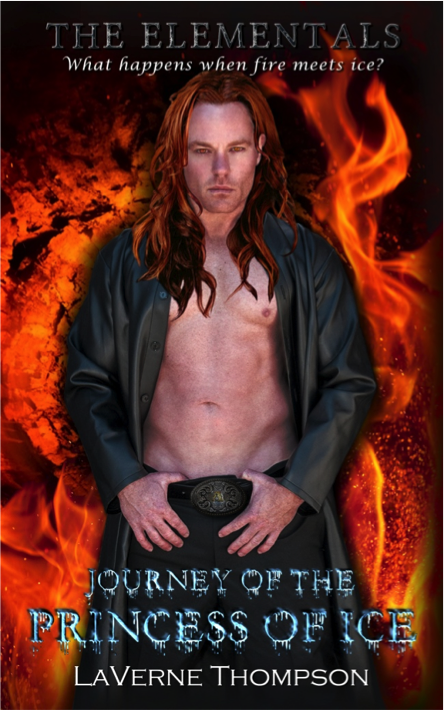 Title: Journey of the Princess of Ice

Blurb/Synopsis:  What happens when fire meets ice?
Ice had traveled the realms for centuries searching for the ice elementals, others of her kind but she was alone always alone. Never staying one place for long because sooner or later her mere presence caused the temperature of the land to drop to a killing freeze. Until she found the one place her powers had no effect. And perhaps the one being who could counter her freeze.

Running from a destiny not of his own choosing, Arch finally found the one person who could make him stop running. But Ice must never learn the truth. A fire demon destroyed her world and he was his father’s son.

From the moment She entered the room, Arch tracked her movement,

curious about her. When the young wizard at the bar had spoken to her, he found himself rising off the chair, wanting to rip his head off. He had to lower himself back into the seat and force himself to relax. Soon, the notes of a horn filled the room from the music box and the female took the dance floor. Her back was to him but she pushed the hood off her hair and shook out her frozen tresses. The organ in his chest sped up to push more fire through his blood.

Her kind had been gone from the realms for centuries. But the icicles hanging off the end of her waist-length blue and silver hair said otherwise. When she began to sway, he forgot about everything else. The sight of her hips moving from side to side completely mesmerized him. When she turned to face him, he damn near shot his seed into the leather pants he wore. Bad enough his dick strained against the confines of its restrictions, causing him pain. So that’s what she had hidden under that coat. Curves where a woman should curve and a waist tiny enough for his hands to span from tip to tip.

“Damn,” he whispered under his breath. “Surprise, surprise.”

He could only sit back and enjoy the show. The pleasure she took in her movements brought a smile to his face. He couldn’t remember the last time he’d felt a real smile, if ever, at least one born of pure joy instead of vicious glee. She stopped after only two songs, and it wasn’t until she sat down he realized although the tavern had become more crowded while she danced, instead of the place heating up, she cooled it down. An ice princess, indeed.

The male she sat near leaned closer to her to say something and Arch shot to his feet. What the hells was he doing? Instead of marching over there and ripping the bastard’s heart out, he left the bar and walked out into the evening. Stopping on the sidewalk, he took a few deep breaths of the night air to get his temperature down. He didn’t dare glance back at the entrance to the tavern for fear he’d go back inside and beat the little shit for talking to a woman he didn’t know.

Arch shook his head and walked in the direction of the inn where he was staying. His thoughts were on the strange inhabitants of the tavern but one in particular, who intrigued him. Who would have thought icicles could turn him on? He wondered if his heat would melt the ice coating her hair, and would it be soft to his touch when he did? He already knew he would find out.

He couldn’t remember the last time he’d had a woman. It was not his nature to deny himself, but they’d been running for awhile now and he missed lying amidst the softness a female provided. A respite from his flight. The ice princess seemed to be one of the regulars at in the bar; he might have to become one too. The next time he saw her he’d have her, he promised himself. And he never made a promise he didn’t keep. Arch had gone a few blocks from the bar when the disturbance in the air from cool to hot behind him provided his only warning. He spun around in time to see a hells gate open, flames rising up from the ground to lick at the air and three Furia, hells guardians, step through.

My Rant: The Princess of Ice was an intriguing story and it was a really quick read. Before you know it you are flying thought the pages. The author gave the book a magical twist. It’s not every day when you read a book about a Ice princes who so happens to meet a fire demon and there love story takes flight. This somewhat reminded me of the Romeo and Juliet, complete opposites But Ice and Arch were meant for each other. I enjoyed the characters and the authors writing style. I enjoyed the fact that the romance engulfed in the pages but what really captured me was the overall theme to the story. The sex scenes where off the charts. Fire and Ice completely made smoke when Arch and Ice came together, but in the end you want the relationship to thrive between the characters.

Overall I rated this book 3 ½  out of 5 purple Rant Hearts and I look forward to reading the next installment. 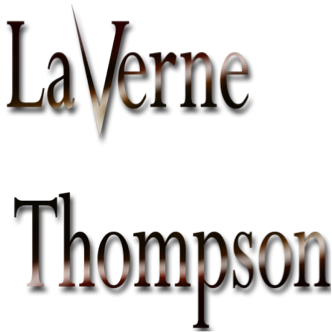 LaVerne Thompson is the mother of two college age kids, so weird to read that. A wife, a former intellectual property attorney, a multi-published best-selling author of contemporary, fantasy, and sci/fi sensual romances and avid reader of same. She also writes romantic suspense and new adult contemporary under Ursula Sinclair.

Her stories are available from Amazon, All Romance E-books, Barnes and Noble, Kobo, Smashwords as well as her publishers. Visit her at http://lavernethompson.com to learn more.

Posted by Crystal Rants at 6:25 AM