Book Tour Review: Because the Night by Kristen Strassel 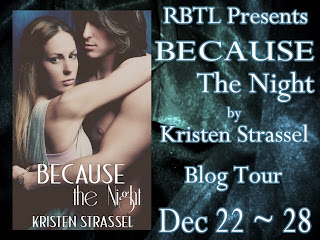 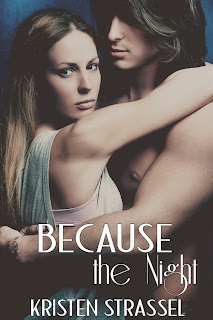 Title: Because the Night

Blurb/Synopsis: Immortal Dilemma is the hottest band in the Las Vegas vampire rock scene. They draw insatiable fans from around the globe, thanks to a supernatural attraction called Bloodlust. Tristan craved such an opportunity to fill his empty mortal life, and now he has eternity to earn his place along the legends of rock n roll debauchery.

Callie always feared that Tristan’s excesses would get him into trouble, but she never thought they’d lead him to immortality. To reconnect with him, she must weave her way through a world not only she had no idea existed, but does not welcome her.

Blade turned down a spot in Immortal Dilemma after learning what he must sacrifice for that lifestyle. He finds Callie a refreshing change from the girls in the vampire rock scene. When Callie drags Blade back into the world of Immortal Dilemma, his resistance drives her into the waiting arms of Tristan, who shows her the true meaning of Bloodlust.

on to the stage with no fanfare. The curtain didn’t rise and the lights didn’t dim.

She began to move, light and delicate, she could have been dancing on a cloud. The severe bun she wore had been powdered to look ghastly, and her ribs seemed to poke through the plain white leotard she wore. A single spotlight followed her every movement, and then the screens on either side of the stage flickered to life, projecting her image. Lilting music began to play and a hush fell over the crowd.
As she spun around in circles on point, trapeze artists swung across the stage above her, flipping around in mid air.  Two other performers peddled on tricycles with giant front wheels.  The music became more and more frenzied and the spotlights pulsed and strobed on each performer as they swung around.
I didn’t notice the man step from the shadows behind the ballerina until the music came to a stop.  The other performers disappeared. With one arm clamped around her waist, he pulled her head back to the side, exposing her neck to the spotlight.  He paused and grinned, I could barely see more of him than his teeth, as if he pondered his next move.  She held still and graceful, even under siege. Then, in a move almost too fast for the human eye to process, he pressed his mouth to her neck until her body went limp and fell to the ground.
The house lights went down and the crowd went wild. My hands were still clutched together in my lap, heart pounding like crazy. Immortal Dilemma played vampires on their TV show, but I knew it was an act, just like that performance.  Vampires weren’t real.
The girls around me rose to their feet, screaming and crying.  Some jumped up and down.  The emotion in the room pulsed and throbbed like the strobe lights overhead, making my head spin. Beside me Keisha was already on her feet, and with my knees trembling, I stood as the curtain fell.
The lights shined just on the drummer, who seemed to be the only member of the band on the stage.  His sticks flew against the skin of the drums, the thuds and riffs ripping through the silence like fireworks.  As his solo drew to a close, giant flash pans of fire shot up in time with each strike. The heat exploded through the theater, warming me even all the way up in the balcony.
And with the last pound of the drums, the rest of the band rose up through the floor on giant pedestals.
The whole place shook with the screams of the crowd.
Tristan commanded on the left side of the stage, in a direct line with my seat.  His dark hair was long, flowing free, and his face was painted in some sort of elaborate skeleton design that was almost pretty.  Under his guitar, he wore a red fuzzy coat, open, with no shirt underneath and black shiny pants that looked like they had been poured around the shape of his body.  Standing on the pedestal, he played his guitar with his head tipped back and his eyes closed, swaying to the beat, as if he was trying to sense his way through the music.  He was eerily peaceful, somehow still beautiful, drenched in red light.
The pedestals lowered to stage level, and Tristan sprang onto the stage. He roamed back and forth along the crowd, whipping his hair around, teasing the audience members in the front rows by leaning over them with his guitar but staying just out of reach. Anytime he threw guitar picks to the crowd, a heap of humanity fought for the small piece of plastic he had held.
He smiled wide, showing those horrible, horrible fangs. I hated that part of his costume. They made him look like a monster. His eyes scanned the audience, seeming to look directly into mine. My stomach clenched.  Even way back in the balcony, I felt as if he played just for me.

Because the night was an interesting story. I loved the plot and the characters. I really did not expect for this story to capture me but was completely blown away when it did. This story completely shows vampires in a new light. I mean, I am a vampire lover so to me they can do no wrong but in this love story it just seems right. The heroine in the book is fierce, two snaps and a circle fierce. I loved everything about her. Callie is innocents in many ways but she seemed like a caged bird she need to find herself and what better way to do that in this world of rocking vamps especially the sexy Tristan who is sort of a bad boy of sorts and you all know how I adore the bad boys. The authors writing style was captivating and her story just took me to a new level of love especially when it comes to the vampire world.  This book is definitely not for the weak hearted but if you want adventure, with crazy sex appeal and a kick ass plot then you need to grab a copy of because the night and read it.

I rated this book 4 out of 5 Purple Rant Hearts and would recommend this book to anyone that enjoys a good vampire book with a rocking theme. 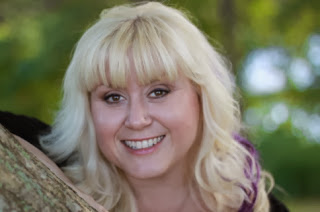