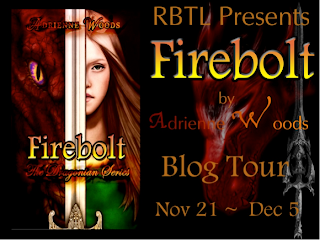 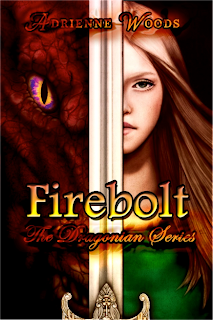 Until the night a fairy tale killed her father.

Now Elena is in a new world, and a new school. The cutest guy around may be an evil dragon, a prince wants Elena's heart, and a long dead sorcerer may be waking up to kill her. Oh and the only way Elena's going to graduate is on the back of a dragon of her own.

Synopsis:
For the love of blueberries, Elena Watkins was destined for greatness, even though she didn’t know it. Forced to travel from home to home every three months Elena’s life was a never ending blur of new towns and new faces, that is, until the night her father was killed by a creature she thought only existed in fairy tales – a dragon. With her father’s death leaving her orphaned, Elena is whisked away to her true birthplace, Paegeia.

Arriving at Dragonia Academy, the premier school for young Dragonians, she begins to feel a sense of belonging in this strange world; a school she was never meant to attend because her father was a dragon. Elena is soon swept up in the rigor of her new life and the new set of skills she now needs to survive: Latin, Art of War, and Enchantments.

Entranced by her new reality Elena learns about the dragons and humans who inhabit her new home. There are two classes of dragons that soar through Paegeia distinguished by their instinctual pretense for either good or darkness. The distinction between these two very different species is vital to Elena’s success in her new world because she has been marked as a Dragonian, a human preordained to ride and tame a dragon of her very own.

With the help of her new friends, Elena is able to navigate the complexities of her new home. Her new roommates Becky and Sammy are even more amazing then she could have ever imaged and to top it all off, Sammy was a dragon. Sammy’s is also the devoted sister of Blake, the most attractive boy at school and the Rubicon; the only dragon of his kind with the abilities of all the dragon species with a pretense for evil. Elena soon finds the love she always wanted with Lucian, the Prince of Tith, who actively pursues Elena throughout her time at Dragonia Academy, winning her heart with his absolute adoration and unshaken dedication.

Unbeknownst to Elena danger is lurking behind the enchanted vines concealing the once thriving capital of Paegeia – Etan. Goran, the darkest sorcerer to ever practice his evil arts in the realm, has lain dormant for over a century behind the crumbling city. The first step in his menacing plan is to destroy the only weapon that can kill him – the King of Lion Sword.

When the sword is stolen Elena doesn’t think twice about seeking it; knowing deep down that it is her destiny to save her new home. She travels to the Sacred Cavern, and discovers the nefarious actions of an unknown man lead to the swords destruction as she follows the trail revealed in the prophetic waters of the cavern.

Elena and her friends engage the mysterious man revealing their existence to Goran and fighting for their very lives.

Dad, dragons...” I took a deep breath. Dragons didn't exist, but then the image of the huge thing that had flown past me a couple of seconds ago sprang into my head. “You mean that thing that passed us was a dragon?”
He nodded, and looked over his shoulder, the terror returned to his stony features.
Another one flew in front of the truck, and Dad hit the brakes. I shrieked as the car spun around on the turf a couple of times and came to a standstill on the dark stretch of road.
Pushing my face against the cool glass of the passenger window, I searched the horizon for any sign of life. Apart from the pickup's headlights, there wasn’t a single light peeking through the blanketed darkness, and the rain crushing down played with my mind's eyes. Dragons don't exist.
“You okay?” my father yelled.
“I'm fine. Daddy,” I cried, as I tore my eyes away from the window.
“Elena, I need to get out, okay─”
“No, no, please don't leave me here!” I could feel the fear beginning to rise up again and my vision became blurry. Why am I afraid? Dragons aren't real.
He cupped my face and made me look at him, his hands trembling. “Listen to me, Elena. Listen!”
I tried to swallow my tears, but it was no use. They were caught in the back of my throat, silencing me as he said his goodbye.
He hugged me tight and kissed me on my forehead. I could feel the love he had for me behind that kiss. My strength returned as I slowly came to terms with what I had to do.
“You drive like hell, you hear me? Don't slow down for anybody. There's a motel on Interstate 40. Just stay on this road, you can't miss it. Someone named Matt will meet you there.”
“For the love of blueberries Dad, it's pouring dogs and horses outside. I can't leave you here with whatever...” I screamed. We can rationally sort this out.
Dad cringed and looked down for a minute. When he looked at me again, that set to his jaw was back. I knew my words hadn’t made an impact on him whatsoever. He had already made up his mind for the both of us.
A man appeared in the middle of the road. The rain made it hard for me to see him, but the headlights of the truck outlined his figure. I squinted to see him clearer. The man was tall, with long black hair hanging in wet strands that clung to his face. He wore a pair of pants, no T-shirt, and it looked like no shoes either. He stared at the pickup for a couple of minutes, and it made my heart pound faster. He began to walk slowly towards us.
“Daaaaad?” I slapped his shoulder, trying to expel the fear from my body.
“Elena.” He grabbed my wrist. “I'll be fine. You need to go. Now. And, Bear, I'm so sorry. Whatever happens, don't stop for anything.”
“Dad?” Tears streamed down my face and my lower lip quivered like mad. He kissed me one more time on my forehead and wiped away my tears gently with his thumbs.
“I'll meet you there.” He climbed out the truck and slammed the door in my face. I just kept staring at macho loon making his way towards Dad.  I moved quickly into the driver’s seat, took a deep breath, and buckled up. With my hands trembling on the steering wheel, I took another deep breath.
You can do this, my conscience rambled a couple of times in my head.  The key sat lazily in the ignition, and I jerked it to the right. The pickup sputtered and died. The guy disappeared into the darkness, and a new set of fear pumped through my veins.
“No, no, no, no! Please don't die on me now,” I mumbled frantically as I tried to restart the engine. The man appeared again by the faint glow of the headlights. He was getting closer.
“Start you stupid piece of crap!” I yelled over the roar of the blood pumping in my ears.
The engine came to life and I screamed as the man's figure leaped toward the pickup. Dad jumped from the asphalt and tackled him in mid-air. “Go, Elena!” he shout over the pounding rain.

What an interesting story. My heart poured out to Elena.  Unfortunately parents due what they need to do to protect their children and for Elena that’s what her father did. He kept her in the dark about a mystical magical world were dragons exist. Elena father sheltered Elena from the truth until those dragons came knocking at their door and through the death of her father the truth is exposed.  How is a girl supposed to handle this? Well… I wouldn’t know but Elena is strong.
Elena has to adjust to the new world around her and her character developed immensely throughout the plot.  The action is fierce and you’re constantly on edge because there are things that we as readers want to know and as the truth unfold your breathless.  You begin to see Elena grow through her experiences and you can’t help but root for her to see her destiny through. This glimpse that you are given into this magical world captivates you and keeps you guessing and that’s why Firebolt is an amazing book to read. I liked it so much I had to buy a copy for my niece it kind of reminds me of the Never-ending story.  I love stories that peaks your imagination and this book did that for me on so many levels.

I rated this book 4 out of 5 Purple Rant Hearts and would recomend this book to anyone that loves a good YA fantasy story with tons of magical suprises. 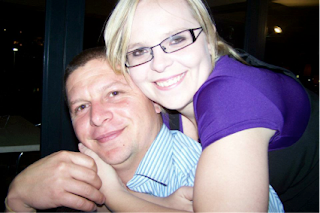 I was born and raised in South Africa, where I still live with my husband, and two beautiful little girls. I always knew that I was going to be a writer but it only started to happen about four years ago, now I can’t stop writing.

In my free time, If I get any because Moms don’t really have free time, I love to spend time with friends, if it’s a girls night out, or just a movie, I’m a very chilled person.

I do write in different Genres, I have a woman’s fiction called the Pregnancy Diaries, but it would be published under another name. And then I have a paranormal series, called the Watercress series. There are about ten novels in that one.

So, plenty of novels to come out, so little time.

I hope you are going to embrace the Dragonian Series as much as I loved writing them.