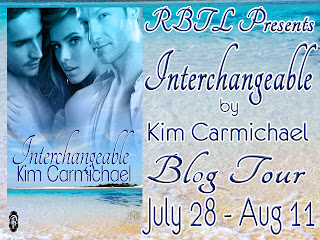 
Blurb/Synopsis:  Five years ago Dahlia Adair left her business partners, the two men she loved. Unable to choose between them, she vanished with their venture capital and their hearts. Betrayed by the woman they both love, Todd Shelton and Cooper Montgomery dissolved their company and their friendship.


When Todd and Cooper reunite, they can't move forward with their new business until they confront the woman who called them "interchangeable" before she disappeared.


Five years later, Dahlia wants to live without looking over her shoulder, Todd wants his love and his friend back, and Cooper wants answers. With the help of Madame Eve and 1Night Stand, they give Dahlia the chance to live free of repercussions for her crimes if she’ll agree to spend one night with them, vowing to make her aware of their differences, and offer her a life they're sure she can't refuse.


“We want what you didn’t give us before.” Though he tried to appear casual, relaxed, Cooper’s jaw twitched, betraying his tension.


The money. No doubt the money. She took hold of the edge of the table, trying to stop her shaking. “What might that be?”

“The chance to know about the other.” He strummed his fingers on his knee.

Todd put a hand on her shoulder. “The chance to show you the difference.”

They didn’t mention anything about money. Her stomach twisted at the way Cooper stared her down as if daring her to say no, and she shifted her gaze to Todd.


His eyes remained clouded, half closed. The answer to her question came in the form of heat igniting between her thighs. She shifted in her seat. What were they offering, a challenge, a choice, or her ultimate fantasy?


One night with them. Her mind screeched to a halt. Instead of her dream, she pictured tomorrow morning, getting back on a plane to South America, returning to the small marketing consulting gigs that barely paid her rent, and spending her nights waiting to be found out. She needed to locate her spine and get what she truly needed out of the night. “One night and we part?”


Todd moved in closer. “Isn’t this what you always wanted?”


Yes, that was everything she wanted and planned for five years ago. Of course, back then it wasn’t one night, it was forever.


What she needed was to get up in the morning without a bulls-eye on her back.


She licked her lips. “No repercussions or retaliation?” They both knew her well and understood her question.


Silence. Even the waves seemed to stop.


At last, they both nodded.


She took a breath. When she walked away tomorrow, she’d make sure she didn’t replace the bull’s-eye with a heart broken beyond repair, and haunting memories.


Decision made, she pushed her chair back, and stood. “Did you get a room?”


Rather than living her fantasy, she would give them theirs and take nothing more from them. No enjoyment, no dreams, not one more thing.


Maybe she’d walk away with something she hadn’t had in years. 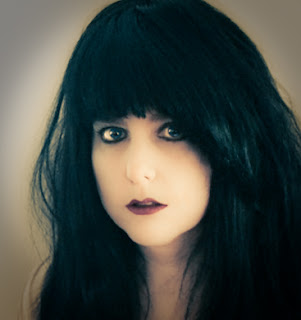 Kim Carmichael began writing eight years ago when her love of happy endings inspired her to create her own.


A Southern California native, Kim's contemporary romance combines Hollywood magic with pop culture to create quirky characters set against some of most unique and colorful settings in the world.


With a weakness for designer purses, bad boys and techno geeks, Kim married her own computer whiz after he proved he could keep her all her gadgets running and finally admitted handbags were an investment.


Kim is a member of the Romance Writers of America, as well as some small specialty chapters.  A multi-published author, Kim's books can be found on Amazon as well as Barnes & Nobel.  From alcohol to makeup to infrared cameras and even scientific lasers studying the atmosphere, Kim has worked in some aspect of sales and marketing for over twenty years.

Enter the Giveaway Below!!!!
a Rafflecopter giveaway

Posted by Crystal Rants at 7:31 AM