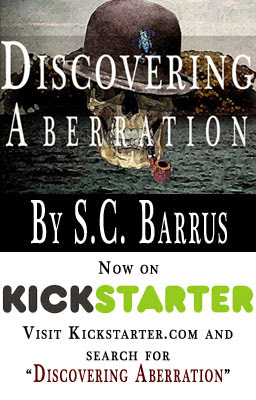 The Dream Behind the Novel

Throughout my life I’ve had extremely vivid dreams. As I get older, they don’t tone down like they do for many people. In fact they get more extravagant, more surreal, more dangerous and perilous. It could only be natural in my case that one of these dreams would serve as inspiration for a novel.

About 3 years ago, I one such dream which served as the spark for Discovering Aberration. In this dream I found myself on a remote island blanketed with thick, thriving jungle. Through this jungle I and my team of explorers trekked, pressing through walls of great leaves and hanging vines in search of something mysterious and grand.

As we hacked through the foliage, the world opened up around us, and before us was revealed a great lake; a crater with a  shimmering light submerged deep below the surface. It was the first sign of our discovery. But as we peered into the depths of the lake, our hearts sank when we saw a horrific sight. Within the lake was a massive beast, a dragon like creature which swam about our discovery, protecting it over the centuries.

So we did what anybody in this situation might do. We built a rocket and strung it to the ground with massive rubber bands. We climbed inside and the strange device shot us up into the air, and then, when we reached the point at which the rubber bands were stretched to their limit, we were hurled back down into the lake to speed past the great and terrible beast.

It was a silly, adventurous dream and only a few elements passed into the novel, Discovering Aberration. This island survived, as did a discovery though it’s a much darker secret in the novel. But still, the dream served as the spark that got the story flowing for my mind for years.

The dream became a steampunk adventure novel which begins in a country on the verge of revolution and travels through dismal ghettos, a thriving criminal underworld, a voyage over the seas and ends in a spectacular confrontation on the mysterious island.

Jump ahead to present day, and Discovering Aberration is taking it’s first step toward independent publication. I’ve launched a Kickstarter campaign to raise the $3,700 to fund independent publication (editing, and design work specifically). Please stop by the Kickstarter to pledge your support of this dream. Giving as little as $5 will pre-order the ebook, and $25 will pre-order the paperback, but all the money will directly fund this project. 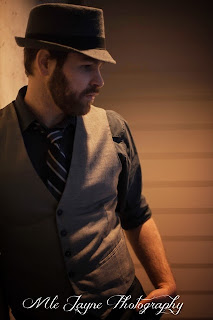 Born in Canada, S.C. Barrus grew up near Seattle in the pacific north west where he lives to this day. He received his degree in creative writing from the University of Washington.

His upcoming novel, Discovering Aberration, is scheduled for release mid-late 2013 in print and ebook format, but is available to read now for free on Wattpad.