Synopsis: Picking a boyfriend can be murder, but for Annalisa Winslett, it might end up being the literal death of her.

No one at Pensacola High School suspects the girl they know as Annalisa McKinnis to be a wealthy heiress in hiding, but things begin to unravel when two new guys enroll. Both guys are gorgeous, and both are trying to win her over. The only problem is that one of them has a million dollar contract to put a bullet in her.

This book is the beginning of a wild ride in a trilogy that will make you wonder if the power of love can truly conquer all.

When her pure and innocent heart is offered to him, will this cold and empty hitman fall, or will he remain untouchable?

This book was not what I expected but shockingly enough it was a good story. Leese was witty and feisty but also a snob at sometimes. She was not as helpless as she may seem and but her Ego was enough to smother you. Boy was this character really stuck on herself. Lol, Lets face it I would be too. (smirk). Even though she is egotistical I still liked her character. What was also shocking about this book was Leese emotional breakdowns. At some point she displayed her toughness but at others she was so emotional you couldn’t help but cry with her. I could connect with her emotionally but at some point I felt that maybe she wasn’t being truly who she should be.

Evan was hot. He had a great personality as he was getting to know Leese but he also had a hint of darkness to him almost sadistic, and the dark side of him would peek through from time to time, which made him the ultimate bad boy. I was torn between Evan’s personalities. On onside he could be so sweet on the other he was a cold-blooded killer. The one thing I thought was hysterical was how his whole family was hit man. I guess that was the career path of the family. As Evan/Micah wall began to crack around his heart you got to see how tender he could be and that was enough for me to swoon over him.

Even though the two characters don’t seem right for each other. The author develops the story that makes you want to root for both their safety and happiness together. The plot was well written. There was a lot of romantic tension but no real romance but the intensity of Micah and Leese intimacy was enough to quench that thirst and the suspense kept you on the edge of our seat but there is a but for me; Leese religiousness just didn’t seem to fit in the story. I do have reservation about it but for me that didn’t take away from the story. I was so on edge by the ending that I am interested in reading the next book in the series.

I gave this book 3 ½ purple rant hearts. I would recommend this book to anyone who loves a squeaky clean New Adult Contemporary Romance story. 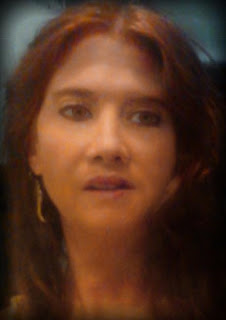 Lindsay lives in Florida on the west coast.  She is married and has three children.  Although she holds a degree in technology, writing full-time (someday) is her dream job.  She enjoys different genres, but always comes back to writing romance.

Heart of the Diamond (published)

The Substitute (novelette)
Lindsay enjoys hearing from her readers.