Purchase Links: Amazon | Barnes and Nobles |Books on Board


Synopsis: Finding love should be easy, but wedding photographer Pheobe Ward knows better. When Cupid shows up on a crazy mission to help her —and save the world in the process—Phoebe realizes love might be even more complicated than she thought. Even with Cupid showing her Mr. Right , she can’t stop thinking about his best friend, Mr. Wrong.
Cal Crawford has never had time for love, but now he’s falling for Phoebe. Which means it’s got to be just plain wrong to set her up with his best friend, right? But even though seeing Phoebe with someone else will break his heart, he can’t walk away from her.
Phoebe can’t afford to choose the wrong guy with the fate of the world at stake. But maybe Cupid has it wrong. Maybe she has to rely just a little bit on Cupid, and a whole lot more on her heart.

A little bit cupid was a quick read but you got a full-blown story in such a short period of time. I was so sad when the book ended because I would have liked to get more of a glimpse of Phoebe future with her soul mate. I know, I know, I don’t want to ruin the story for you so I am trying to write this review without giving away too much.

The humor in the book was right on point and darn funny especially Mr. Cupid himself. The plot to the story was well developed and you gain such a connection to the characters. It hurt to see that Phoebe had trouble finding love. And when reality set it that she may not ever find it, cupid steps in and her life is turned upside down because she has to become the savior to love. At this point I am LMAO….   especially when the Dalai Lama was questioning his life long teaching of love. OMG, freakin hilarious.

To alter the destruction of love cupid sends her on the path of a man that is suppose to be her sole mate and while trying to win his affections she completely makes a fool out of herself but catches an eye of Cal. I would not complain if I had the interest to two hot men that were gorgeous and had successful careers. But in the end the author gives you the fairytale ending that is fulfilling but she leaves you wanting more.

I rated this book 4 out of 5 purple rant hearts. This short story was so cute, funny and it flowed with ease. I would recommend this book to anyone that loves to read a short romance story with humor and two completely gorgeous and successful guys. 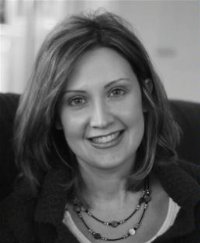 Jennifer Shirk has a bachelor degree in pharmacy--which has in NO WAY at all helped her with her writing career. But she likes to point it out, since it shows romantic-at-hearts come in all shapes, sizes, and mind-numbing educations.

She resides in a beach resort, so when she's not working on her tan or writing, she's taking care of her most treasured possessions: her husband, daughter, and four hermit crabs.