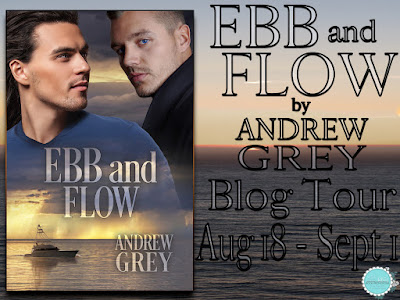 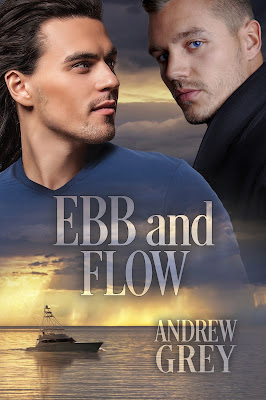 To achieve happiness, they’ll have to find the courage to be their own men.

As first mate on a charter fishing boat, Billy Ray meets a lot of people, but not one of them has made him as uncomfortable as Skippy—because he’s drawn to Skippy as surely as the moon pulls the tides, and he’s almost as powerless to resist. Billy Ray has spent his life denying who he is to avoid the wrath of his religious father, and he can’t allow anyone to see through his carefully built façade.

Skippy is only in town on business and will have to return to Boston once he’s through. But he doesn’t count on Billy Ray capturing his attention and touching his heart. After all, his father has certain expectations, and one of them is not him staying in Florida.

Billy Ray doesn’t realize just how much he and Skippy have in common, though. They’re both living to please their fathers instead of following their own dreams—a fact that becomes painfully obvious when they get to know each other and realize how much joy they’ve denied themselves. While they can’t change the past, they can begin a future together and make up for lost time—as long as they’re willing to face the consequences of charting their own course.

To say that Billy Ray Lowell was uncomfortable would be a supreme understatement. Hell, it was like saying a hurricane was a nice, refreshing breeze. Billy Ray knew he liked boys—he’d figured that out a while ago. The problem was, he was with four other men who did too, and he felt like they knew what he was like. He wondered if they’d say something or if they could read his mind or something. Skippy kept watching him, and he had a hard—pun intended—time taking his attention away from him. Skippy was a little smaller than him, but compact and with great blue eyes the color of the water on the sunniest day, framed by dark blond hair that would probably lighten if he spent more time in the sun, and a golden complexion.

“Billy Ray,” Bubba said, and he jumped to bait Jerry’s hook, then moved on to Kyle’s. He was doing his best to avoid Skippy and leave him to Bubba, but it wasn’t working, and every time he got close to him, his cologne, which was really nice and probably a lot more expensive than the deodorant Billy Ray wore, drew him like a moth to flame. It was clean, with an undertone of heat that sent ripples running down Billy Ray’s back.

“I got one,” Skippy called, cranking the reel as the pole bent.

Billy Ray got the net as a huge grouper broke the water. He scooped it up and took the hook out, then slid the amazing fish into the box and covered it with ice. “Great catch. I think that’s about the biggest one I’ve seen in a while,” he told Skippy, who grinned from ear to ear, and damned if that didn’t make Billy Ray’s heart thump a little faster. He needed to get his head in the game and out of his pants, or he was going to fall in or something.

“Good eating tonight,” Skippy declared, and the others echoed his sentiment. “We figured we’d cook what we catch tonight, so you come on by the house and join us if you like. I’ll give you the address. I have it in my bag. There’s nothing like a fresh catch.”

“I agree with that,” Bubba said, and Billy Ray nodded. If Bubba was going to this party, he couldn’t very well stay away and not look like a jerk. “Bait his line and let’s see if there’s another one down there.”

Billy Ray jumped to, but the lines had gone slack, so Bubba made the call to haul them up and started the engine to move them on. While they moved, Billy Ray baited all the hooks and cut up some more bait so it would be ready for their next stop. He also washed down the decking from where one of the fish had bled a little. When they stopped, he secured them in place with the anchor, and they repeated the process of making sure the boat was in position. Then the guys started fishing, and once again Skippy pulled up a beauty. It was definitely his day.

As Billy Ray unhooked the fish, its fin scraped along his hand, cutting the back of it. He jerked, dropping the fish.

Bubba got the fish in the bucket. “Go wash it.”

“Kyle’s a doctor,” Skippy said, taking Billy Ray’s hand, and before Billy Ray could do anything to protest, Skippy had tugged him over.

“We need to get his wound cleaned right away.” Kyle put his pole in the holder and hurried to his bag. “Sit right there, and I’ll have you fixed up in no time.”

“This happens sometimes. It’s no big deal.” Billy Ray would have just used something to cover the cut and then gone back to work. That was what he usually did, unless the cut was pretty bad.
“Just sit down.” Kyle sat next to him and cleaned the wound. Billy Ray hissed but didn’t cry out even when the alcohol burned. “The fish carry bacteria, and a cut like this can get infected easily.” Kyle had a gentle grip, but it didn’t make his stomach do little flips, not the way the slightest touch from Skippy did. Billy Ray wished he knew what was causing it so he could make it stop. It wasn’t as though he was going to do anything about it. Skippy was a rich guy from up north, and he was a poor Southern kid who lived in the same town where he was born and had never gone anywhere or seen anything.

Kyle shook his head as he worked. “No. But I want to bandage it well enough that you can work without getting it dirty.” He finished with the bandage and put his things away.

Billy Ray thanked Kyle and got back to work, raising the anchor so they could move to their next spot.

“We’re going to be traveling for a while,” Bubba said from the pilot location.

“Then we should eat,” Steven declared, pulling open the cooler. “I have plenty for everyone.” He took out containers of fried chicken, cold salads, fruit, and drinks. It was like a miniature buffet, and Billy Ray’s mouth watered.

“It’s all right,” Bubba told him. Usually the rule was to let the guests eat. They often offered some of what they brought, but Bubba and Mike thought it best to remain separate and do their job. “Go ahead. These guys are different. They’re friends of Mike and William’s.”

“Have something,” Skippy offered as he sat down. “Steven always packs more than we can eat, and he gets the best food. Help yourself.” He handed a plate to Billy Ray, who hesitated before taking it, watching the others as they talked among themselves in such a good-natured way. They seemed so… normal.

“Thanks.” Billy Ray took a little of everything and then sat off to the side while the five friends sat together. Or maybe it was just four friends and a guest. Alec, the youngest of the group, sat slightly away from the others and ate quietly while the rest talked nonstop, poking fun at each other as they sped out to their next fishing location.