Book Tour: Give Me Desire By Zoey Derrick 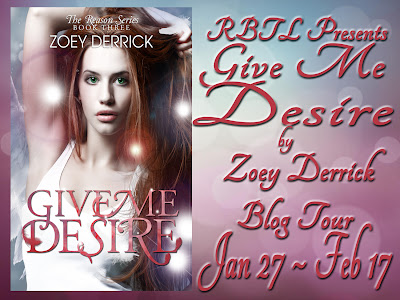 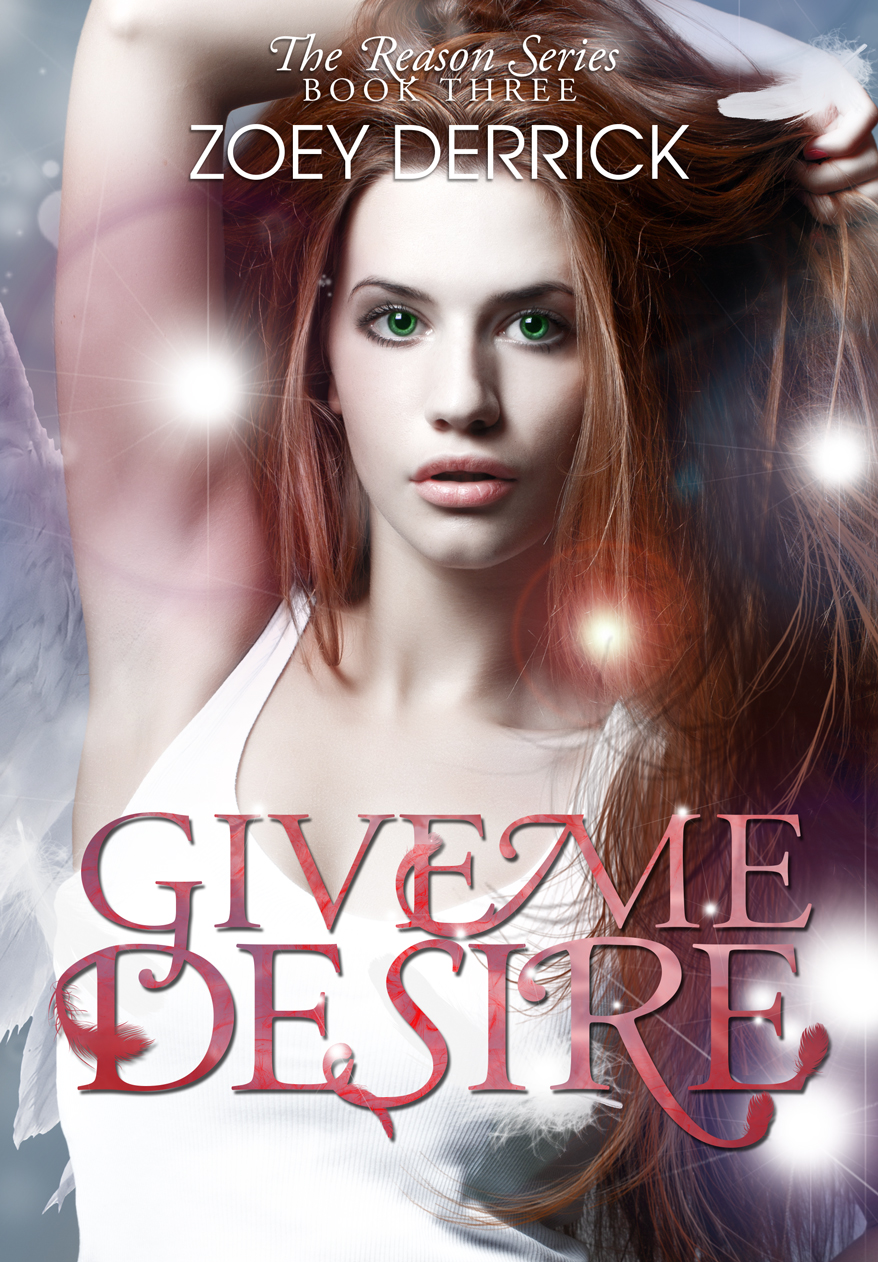 Title: Give Me Desire

Synopsis: VIVIENNE CALLAHAN, discharged from the hospital after surviving a near-fatal attack from Riley, her abusive ex-boyfriend, has come to the safety of Mikah’s protection. As she continues to heal physically and mentally from her ordeal, she begins to have strange dreams...dreams that follow her into waking life and hint at a fate she never could’ve foreseen and dangers far greater than Riley.

Meanwhile, MIKAH BLAKE has some ideas about her future, too, and the more she considers his proposals, the weaker her resistance to him becomes. His recent actions have taught her to respect and trust him, but soon her feelings for him threaten to deepen into something more, something she may not be ready for.

In the third book of the Reason series, Vivienne will discover who and what she and the people around her really are.

My Rant: Give Me Desire was such a beautiful story. You being to see Mikah and Viv's relationship develop but what was surprising the most is the shift of the plot which changes in a good way but it brings more evil to the forefront. But with those challenges comes an extremely heart pounding love story. These two soul-mates take there love to the next level and beyond because they are destined to be special. In this book we learn a lot about Mikah and Vivienneas as they learn more about themselves and there abilities. It was refreshing to see that although the evil one is trying hard to succeed at his plan there are others there to help Mikah and Vivienne get through the trials that they must face together.
Viv's courage is astounding and Mikah's love for her is without limits.  As the romance blooms there is so much tension in the intimacy between the two characters. They feel the same way about each other but they are sincere enough to take there time with each other so they are not pushing each other over the limit. Zoey is brilliant and each book in this series is better than the last. Her writing style captures  you and the characters are mesmerizing while the plot keeps you hooked. Zoey has a knack for writing awesome angel and demon stories. Mikahs and Vivienne's story is one of my favorites and has left a lasting impression on me. I look forward to reading the next installment to see where are characters end up.

I rated this book 5 out of 5 Purple Rant Hearts and would recommend this beautiful story to anyone that is a sucker for a good innocent and honest romance. 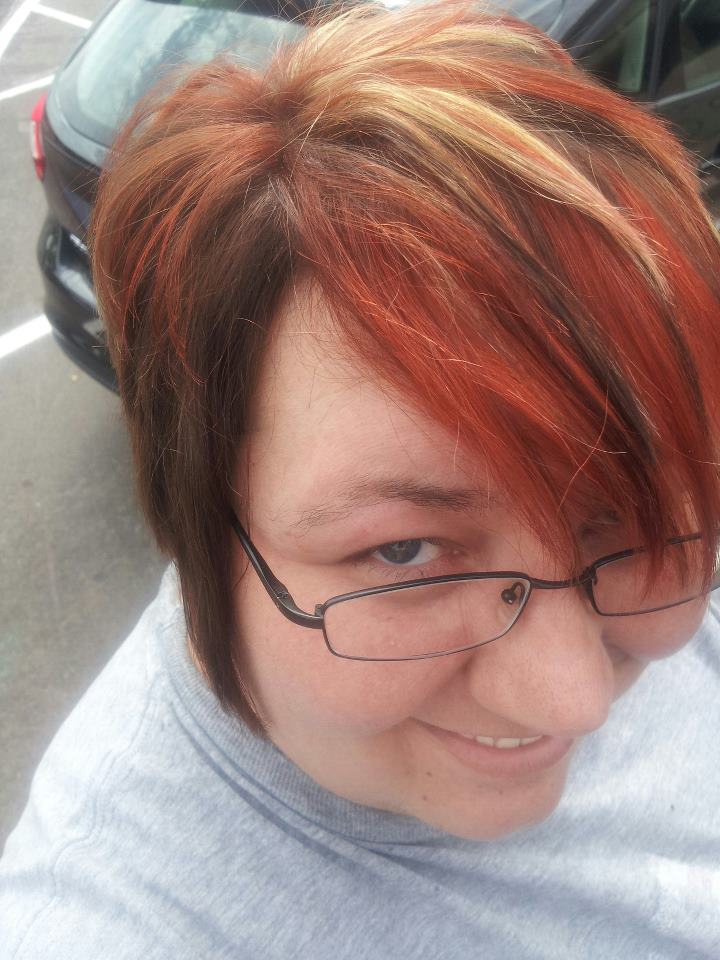 It is from Glendale, Arizona that Zoey Derrick, a mortgage underwriter by day and romance and erotica novelist by night, writes stories as hot as the desert sun itself. It is this passion that drips off of her work, bringing excitement to anyone who enjoys a good and sensual love story. Not only does she aim to take her readers on an erotic dance that lasts the night, it allows her to empty her mind of stories we all wish were true. Her stories are hopeful yet true to life, skillfully avoiding melodrama and the unrealistic, bringing her gripping Erotica only closer to the heart of those that dare to dip into it. The intimacy of her fantasies that she shares with her readers is thrilling and encouraging, climactic yet full of suspense. She is a loving mistress, up for anything, of which any reader is doomed to return to again and again.