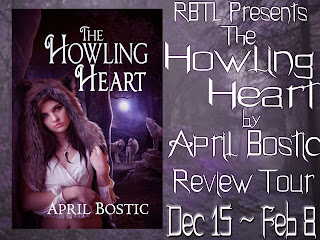 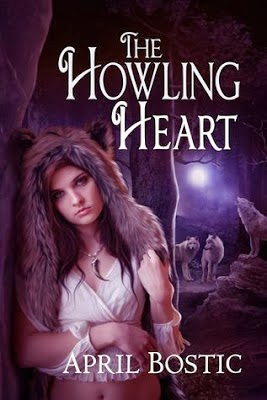 Synopsis:  Paige Donovan is an ambitious college graduate who aspires to reach the top of the corporate ladder. She’s climbing fast when given the promotion of a lifetime at a prestigious fashion magazine in New York City. Her bright future comes to an unexpected halt after news of her father’s death. She inherits his old cabin in the Colorado Rockies, and just when she thinks her luck couldn’t get any worse, she has a car accident in the mountains and awakens in the small, remote community of Black River. Soon, she’s engulfed in the mystical world of Varulv---wolves descended from 13th century Scandinavia and blessed by Norse gods with the ability to appear human. Paige is desperate to return home, but never expects to fall for her rescuer, Riley Gray, a charming young werewolf from England who offers her an alternate future with his pack. Now, she must choose between the career she’s always wanted and the love she’s always dreamed.

My Rants: Wonderful, I loved The Howling Heart. This story took me through so many emotions. I could not handle it. The Howling Heart is the epitome of real love. This story spoke to me in volumes. The authors writing style was captivating and entrancing. I fell in love with the characters. But out of all the characters my favorite was Riley. His love for Paige was astounding. Riley never wavered even in the face of death. Through it all he remained grounded because of love. My heart ached for his happiness, so when trouble came between him and his love, I thought I would just roll over and cry myself to sleep endlessly. The message of pure love, selflessness and loyalty just captivates you and you begin to fill the warmth of it. You are incased in a snugly blanket while the feeling immensely just pours through you. You know what really captured me about this story, was the obstacles Paige and Riley had to endure and through it all they overcame and towered above all the heartache, jealousy, and acts of revenge to find their own peace. For that reason alone this book is definitely swoon worthy. The Howling Heart is the only book I have read from this author but I can tell you all it will not be the last. April Bostic has a knack for writing a good romance with action that will have you gripping the edge of your seat. While I was reading this story, I felt like I was apart of it, deep within it and reliving it through my own eyes. This book really came alive for me. I want to go back and re-read it just to fill what I felt all over again but I cant to many books on my TBR list and so little time. LOL

I am rating this book 4 1/2 out of 5 Purple Rant Hearts and placing this book on my 2014 favorites list. I loved the story the characters and the plot and I would recommend this book to anyone that loves a heart wrenching paranormal romance. 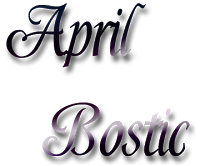 April Bostic is a New Jersey-based, Adult Romance author who enjoys unleashing her creativity and letting her imagination run wild. Her love of romance books inspired her to become not just a reader, but also a writer. In December 2008, she self-published her first novel, a contemporary romance with a supernatural twist entitled "A Rose to the Fallen".

Her first short story, "Right Here, Right Now", released in January 2012, is an erotic romance with a dash of S&M. The following year, she released two more short stories: a romantic urban fantasy inspired by the Greek myth of Eros and Psyche entitled "Eros, My Love", and a sexy romantic comedy entitled "Love Addiction".
After five years, she released her second novel, "The Howling Heart" in August 2013, a paranormal romance that delves into the mystical world of werewolves and Norse gods. To end her busiest year in publishing, April will release her fourth short story in December 2013, a historical paranormal romance entitled "A Dark Scandal".