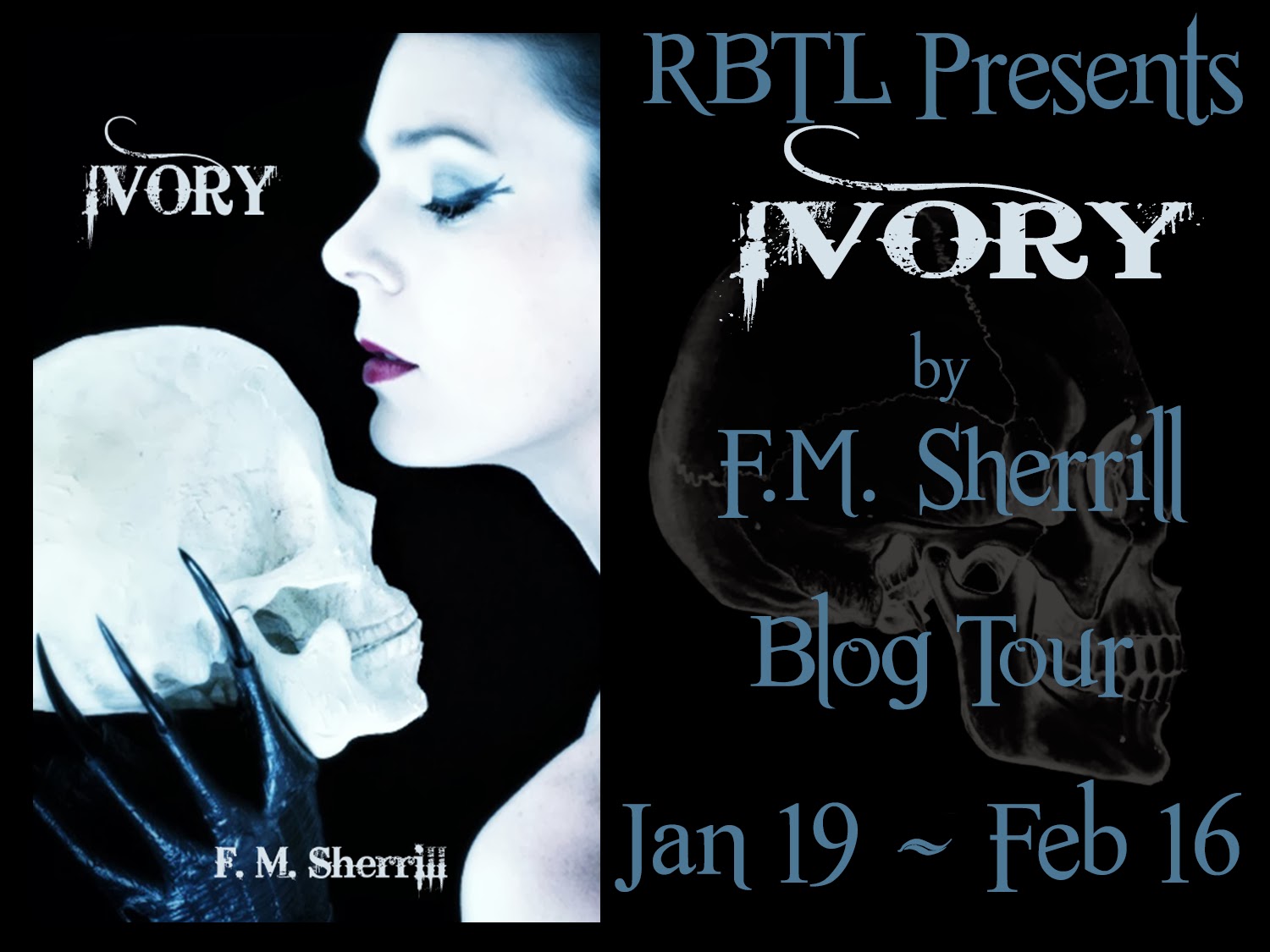 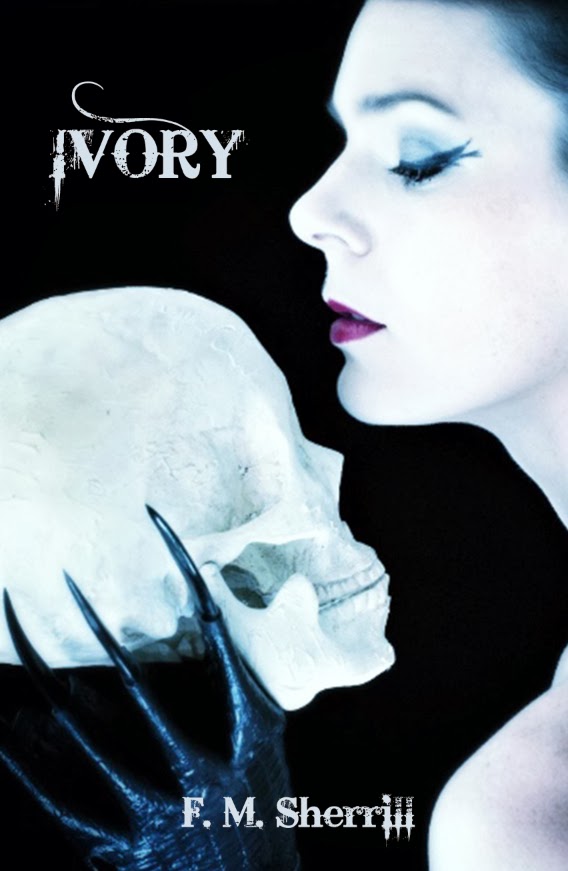 Blurb/Synopsis:  As a child in the desert kingdom of Gryth, Ivory witnessed the brutal murder of her parents at the hands of a sinister race known as the Lecs.

Now Queen of her people, a vengeance-fueled Ivory launches a final battle to annihilate the enemy once and for all. But on the eve of war, betrayed by her own kind and left in the hands of the Lecs, she's forced to learn the shocking truth about their two peoples, and the diabolical curse that's plagued them for centuries.

Armed with newfound knowledge and unexpected allies, Ivory must face the real enemy that's haunted her all her life, and make a choice that will mean the difference between a new beginning and the end of the world.

Ivory is an exercise in duality made reality; an exploration of darkness and light, male and female, sun and moon… seen through the eyes of two cultures ripped apart by an ancient evil whose pain resonates through the ages like the beating of a drum.

"“And the lives you’ve taken Ivory, your calloused hands dipped in their blood? After all that you’ve done, you feel nothing?” It jerks its loathsome face toward the solitary candle. Eyes leer at her from the darkness. Bright, quick eyes. They’re not red or soulless. They’re blue like a clear lake that you can see to the bottom of. Blue with flecks of brown like islands in that lake.

She blinks in confusion. His face is beautiful. His skin is pale, his hair long and white like the petals of the Caldra. Her jaw drops. “Am I... have I reached the gods?”

He laughs. The movement makes the flame dance. She looks down, spiteful. He’s toying with her. Why wouldn’t Taheel be beautiful? "

My Rant: Ivory was an interesting and tragic story about a waging war between two races.  As a character she was strong but she had to be for her people. You get to feel the raw emotions rolling right off the pages.  Your tormented by the hurt of loosing love ones to the feeling of revenge which was the strongest in this story but what takes you for a loop is the betrayal and the loss of life through these many wars.  Your heart pores out to her because she is doing all she knows how to do. When you put in Ivory;s role you have to respect and understand where she has been and where she plans to be in the future. When hurt is buried so deep its hard to change the things about yourself. Silver the Lec king was not what I expected him to be and although he is the enemy his character just displayed someone who is willing to end the war and set peace to his Kingdom. What I felt from this character completely amazed me.  You being to fall in love with Silver because he is kind in so many ways.  You begin to ask yourself why the war is this war happening in the first place when Silver wants piece.  I know now since I read the story but you readers need to find out. LOL sorry, the author lays this story out to you on a platter and she spares no detail. She wants you to picture the story as vividly as she imagined it.  In this story that is exactly what you get. The plot was amazingly dark and twisted and you all know I am so demented that I enjoy these particular types of stories because they make for  thrilling experience that intrigues the reader. Ivory has peaked my interest and I want to see more from Ivory and Silver and I am looking forward to the next installment in the SAGA.

I rated this book 4 out of 5 Purple Rant Hearts and would recommend this to any reader that loves an dark emotional read with an action packed storyline. 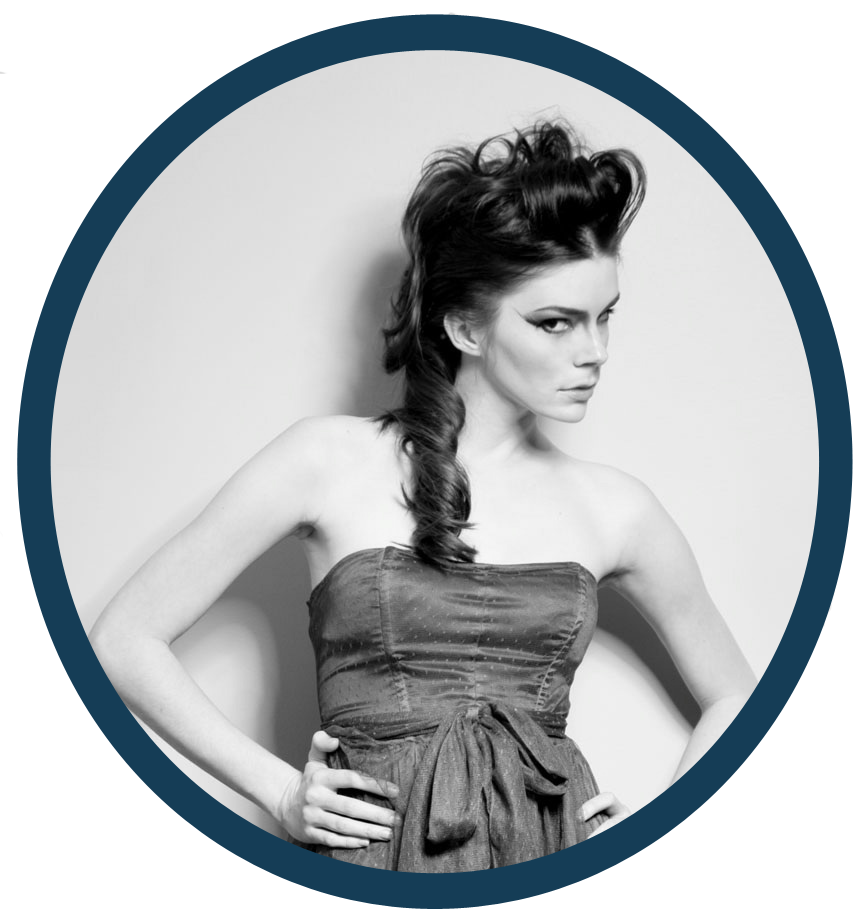 But here it is. F.M. Sherrill is a novelist, A.K.A. an avid bullshitter; that's why she lives in L.A.. She's been writing for as long as her ancient mind can remember, devouring tales like an anemic vampire roaming the streets in hot pink heels, always thirsty for more. When she's not writing, she's making steampunk weapons, sewing giant plant-eater Mario plushes, making costumes for some film bloke or cosplayer, and sculpting/casting movie prop replicas while gardening in her urban apartment. Her favorite tools? A soldering iron, a blowtorch, a band saw, a sonic screwdriver, a replicator and an active imagination.

Posted by Crystal Rants at 7:19 AM