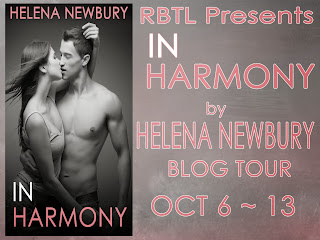 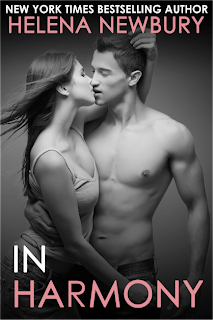 Blurb/Synopsis:  Everyone expects her to succeed….

Karen plays the cello like an angel, and it’s the only thing that makes her truly feel alive. But her father’s dream—for her to join a prestigious orchestra—leaves no time in her life for anything but music…not even love. She feels trapped on her path, but doesn’t know how to rebel.

Everyone expects him to fail….

Connor plays rock guitar like the devil himself, and his ability has got him all the way from a dead-end life in Belfast to a scholarship at Fenbrook Academy. But beneath his arrogance and charm, he doesn’t believe he has what it takes. He’s spent his time in New York drinking and partying, and the only future he sees is a return to Ireland as soon as he flunks out.

But what no one expects….

When her duet partner is injured, Karen is forced to team up with Connor. Neither likes the idea, but what begins as anger and distrust slowly spirals into love…and lust. If they can face up to their feelings and act upon them, they might just have a chance together. Will Connor allow Karen to stop his fall? And can Karen trust him enough to let him show her a life she never thought possible?

In Harmony was captivating  I completely enjoyed this story and the characters. The authors writing style seemed to flow with ease and it was easy to get so caught up in the story that time seemed to flash by. Karen is an aspiring musician, She desperately want to play in the New York Symphony simple because that is her life's dream but what effected me the most was, could it be because she wanted this or because this is the direction her overbearing father pushed her in. Granted, her father did love her but he was choked through a vice so tight that he smothered her from life and experiences.  This created so many issues for Karen. As a character, I like Karen. She's smart, determined and loyal to her friends but she would hide inside herself that you felt that you were missing some aspects to her. Of course she could live through the music but she lacked the skills to communicate, or express herself. Karen failed to realize that she has a lot to offer but she was insecure in so many ways that it broke my heart.

Conner on the other hand appeared to be confident. He was also inspiring and passionate about his music. His exterior showed someone who is confident to other that were looking from the outside in but he also had some insecurities about himself, which completely made me swoon over him. So when Karen and Conner has to band together to save each other it completely warmed my heart.

I was shocked that Kaen had the courage to find Conner so that he could help her in the recital. I was rooting for her, screaming finally girl, put on the big girl panties and do your thing because you need this in order to graduate. When Conner told her no, I wanted to punch him right in the eye. because it took a lot of courage for Karen to even work up the never to even approach him. Don't get me wrong I love Conner,  but he almost ended up on my $hit list.

These two character were complete opposites of each other due to their life experiences but they completed each other on so many levels. Being opposites almost deterred them from being together because they were both afraid to let each other hep them in the capacity that they needed it the most.


Karen: Im fine thank you, I told him. Ive carried it for years.
Conner: not up these stairs you havent
Karen: Why do you aways think you know whats best.
Conner: Why do you always have to fight me.


Conner: isn't that three times I've saved you?
Karen: What makes you think I need saving? I said hotly
Conner: You wanted Fifty Shades of Gray....Hair?
Karen: I don't think what I want need be any concern of yours, Conner.
Conner: I'm serious you know
Karen: He sounded so sincere that I took him seriously, for a second. About What?
Conner: i'd let you come. Unless you were really bad.


Once Karen and Conner characters develop you see them morph in to something special and the changes that are occurring in them enticingly heats the story up and as the romance builds your a engulfed in it, completely.

I could not put this book down even if I had too, in order to save my life. That should speak volumes.

Helena Newbury has the gift of telling a story and if you never experienced her work you would be missing out on a great story and an awesome series.

I rated this book 4 out of 5 purple rant hearts and would recommend this book to anyone that loves a good contemporary romance story.


FTC: Disclaimer: I received this book for free from the author, editor, publisher, or Promo Host. This is my honest opinion about this book and I did not receive any monetary compensation for writing this review nor was I obligated to write a positive one.

The Fenbrook Academy Series:
1. Dance for ME
2. In Harmony
3. Clarissa & Neil - Free and Only Available to The authors Email subscribers

I’m a New Adult Romance author based in London and love to write about tangled love and characters who dare to dream. I believe in strong coffee, fast cars and the ability of him or her to make us forget absolutely everything else.