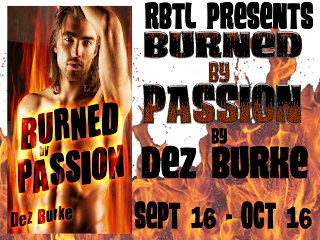 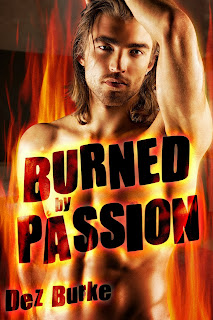 Kira was shocked to meet her boss’s handsome, long-absent son and find him even more lethal in the flesh. He’d always been just a face in a photo - and nothing had prepared her for the way they clashed and burned when they finally met.

Blake Carter returned to America for a reunion with a father he hadn’t seen since he was ten. But Blake had never bargained for falling for his father’s sexy secretary, the beautiful and impressionable Kira Taylor…
Blake caught one glimpse of the gorgeous beauty from across the crowded room and felt the primal taste of desire like he’d never known. The sparks were more antagonism than attraction on her part as they collided over differences about the way he treated his father. But Blake had very strong persuasive skills when it came to bringing the vulnerable Kira to bend to his carnal passions…

“All these months,” he whispered. “You made me need you so bad I thought I’d go insane.”
Kira knew exactly what he meant because she’d suffered the same agony. The deprivation had cost her plenty. She couldn’t eat, couldn’t sleep. He’d been like a drug in her system that had her craving her next big hit.

He taught her body all over again to want, to need. Kira knew this was how it should’ve been, that first time. This baring heat. This fervency. This…oneness. Built up slow over time and made to last forever.
One large hand splayed across her waist, pinning her down to the bed. Kira let out a gasp, eyes flying open as Blake suddenly turned rougher, more dominant.
He seized her lips, and plunged deep with his tongue, making her dizzy. He broke the kiss and left her panting, inching his lips over her arched neck to her pleasure spot right beneath her jaw. She quivered right to the tips of her toes.

His hand on her belly shifted up to her breasts, kneading them with unmistakable entitlement. He touched her like he owned her and she liked it. She liked it very much. She liked that when she arched against him and rubbed herself into his cock, his breath caught in a hiss. He burned for her as hotly as ever before, maybe even more than the first time. Definitely more. His desire was palpable, sending electric charges from his body to hers in a magnetizing transmission of pure lust. Kira’s fingers grappled for fistfuls of the sheets and held on tight, her spine bent back almost in half as Blake’s attention focused on her breasts. This time it was his mouth, tonguing her nipples until they beaded and tingled.

Burned by passion was an exotic read. I really enjoyed this story and the characters. The authors writing style was fluent and the story completely took off before I knew what was happening. I fell in love with Blake immediately. He was confident, daring and compassionate. I was glad to see that him and his father were able to make some headway in their relationship even though there was a lot of heart ache. Kira had some issued due to her past. Her father was a complete jerk. I wanted to strangle him. What man would talk to his daughter in such a way that it broke her down completely. It was hard for her to fall in love when true love hit her.

There were times in the book where I was frustrated with Kira. I mean, I understand that she has it rough but come on lets move on and into Blake. I am yelling at her through the book to get her $hit together. I mean she was beginning to loose out on something very special with Blake because she was letting her past get in the way. I understand that she was broken but when you pass up a guy like Blake that was complete madness. I am not going to lie Blake had some issues to and he needed to heal as well but I like the fact that he put all his energy and thoughts into Kira. From the beginning i wanted the two to be together because that erotic scene was so explosive, I had my face plastered to the kindle.  I am panting really. The sex between the characters was raw, purely animal instincts and that alone was thrilling.

Kira made me so angry. especially when she up and accepted the proposal from Terrance, who by the was a complete jerk. I hate him, hate him and there is no way in hell his behavior in the book is acceptable. He is right up there in my hit list along with the tramp Brittany. Ugh, just discussing them is rattling me right now. Can you tell that I am so emotional about this story.

I really wish we could get more of a back story from Blake's father,  I feel like there is so much he can add especially about him and his wife. There was a underlying mystery that I so need to peak at right now. I read this book in a couple of hours. I was glued and connected and when the ish hit the fan in this story, I knew then that this author and this story was one I could add to my fav list. Amazing, burned by passion is the epitome of a good-read I had blisters on my finger tips because I was flying through the pages delving deep into the story and before I knew it I was done.

I miss Blake already, I need more so Ms. Burke if you are reading this I could use a little more of Blake in my life right now.

I rated this book 4 1/2 out of % Purple Rant Hearts and would recommend this book to anyone that loves an passionate read with an exotic flair.

Dez Burke grew up in rural Alabama and spent most summers reading worn copies of her Grandmother's Harlequin Romances. Even as a young girl, she noticed the absence of African American characters. So today, she writes hot, steamy romance books featuring black women and gorgeous men of all races.