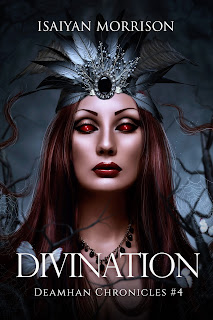 Blurb/Synopsis:
“At this rate, regardless if we manage to place our Queen back where she belongs, Deamhan will be extinct before this century ends.”
With Amenirdis, the Queen of Limbo, on the loose, Minneapolis is no longer a safe haven for Deamhan; psychic vampires who’ve considered this city their home.
Those who’ve chosen to stay behind are forced to deal with her rage and desire for anarchy and it won’t be an easy task.

With other supernatural creatures slithering into their territory and sanguine vampires gathering in immense force, Deamhan suddenly find themselves outnumbered on their turf.
The Queen of Limbo is no slouch. She demands respect and obedience. For those who grovel at her feet are the only ones who’ll be spared from her wrath.

Excerpt #1 PG 1
He raised himself from his bed. “I don’t want to, not like I could anyway.” His craving grew. Realizing that he couldn’t hold it back any longer, he made his way to the door. “I’m feeling smothered.” He also couldn’t control his eyes from changing colors. “I need to get out of here.” His dry mouth cracked as he spoke. A drop of sweat fell from his forehead and landed on his hand. Deamhan couldn’t sweat!
“I’ll get Anastasia.”
Her voice enticed and ate at him. “I know what it is. Being sick is just making me super hungry. I’m going to hunt.” He grabbed the handle and squeezed it until it shattered in his grasp. A large wooden fragment embedded itself into his palm and he pulled it out.
“I don’t think that’s a good idea.” Hallie positioned herself in front of the door. “You should relax and stay here. I’ll grab Ana.”
“You think she can save you, don’t you?” He placed his hand on her cheek.
She moved her head back. “Remy… you’re scaring me.”
He smiled. In Deamhan speed, he grasped her shoulders and tossed her back toward the bed. Before she landed, he ran to her, pinned her to the ground, and placed his lips over her own. I just need a little, he kept telling himself. But when that ‘little’ turned to more, he couldn’t stop. He didn’t want to stop.
Hallie pushed him off her with enough strength that he skittered back and caught his footing before falling over. She wiped her mouth with the back of her hand. “What the hell was that?!”
He smiled. “Stop crying and come back over here.”
“No. Stay back.” She scooted back on the floor.
“Don’t you want me to get better?”
“Of course I do.”
“Then get the hell over here!!!”
She jumped at his demand. “This isn’t you.”
“C’mon, how long have we known each other?” He crept to her.
“Remy…”
“I would never hurt you, Hallie.” He smiled. “I just want to get better, that’s all. I just want the craving to stop.”
“We don’t feed from other Deamhan. We can’t!”
“Just a small taste. That’s it.” Then I’ll devour every inch of your body. The urge to feed from her returned. This time, he didn’t want a piece of her. Instead, he wanted all of her. “Just a taste.”
He moved in to feed again when he heard Anastasia’s howling voice behind him.
“Get away from her!”
Her loud and demanding voice rang in his ears. He felt her hand grip the back of his neck. “You’ll kill her.”
“I don’t care!” Feeling her grip tighten, he tried to break her grasp to no avail. With another Deamhan in the room, his hunger grew tenfold. “Let me go.”
“Would you listen to yourself? You’ve gone mad.” She pushed him toward the bathroom. Through all the pain, he felt twirling inside his body; nothing felt worse than being unable to satisfy his hunger.
When he finally looked at his reflection, he suddenly understood their concerns. The black goo that ran from his wound also seeped from the corners of his eyes and down his cheeks, staining them. He wiped it away but it continued to drip. Coming to terms with what he just did, he leaned against the wall, defeated.
“The toxins are making you irrational.” She let him go.
“I’ve never felt this way before,” he mumbled. “This… Anastasia… this isn’t good.”
“I know. But it can be fixed.”
“That’s what Amenirdis wants. She wants you to find her so she can force you to drink from her again and control you.”
“No, I think she’s desperate.” She placed her hand on his shoulder to comfort him. “No matter. I got this.”
His eyes turned to Hallie. “My littlest Deamhan, are you okay?”
“I’m fine.” She held her head high. “I’m more worried about you.”
“I think for everyone’s safety, you need to be chained downstairs.”
“Next to Kenneth?” His eyes widened.
“Yes, until I get back with the blood.”
“No way in hell I’m going down there,” he flat out refused. “I’m okay now. I know what’s going on. I can control it.”
“Remy, you’re going.” She placed herself in front of him. “If you don’t, you’ll force me to do something I don’t want to.”
He knew exactly what that meant. “At least if you killed me, it’d be quick.” He wiped the goo away again. When push came to shove, Anastasia used her strength and age to make him do what she wanted him to do. There was no getting around it.
“Let’s go,” she urged him to walk to the door.
“At least reconsider going out there.”
“If I don’t go, you’ll die.”
“So you really do care about me?” He couldn’t believe his ears and her newfound stance. It was completely different from the Anastasia from the past.
“Shut up and walk.” She pushed him forward.
“Whatever you say.” He smiled. 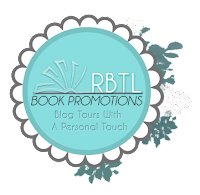