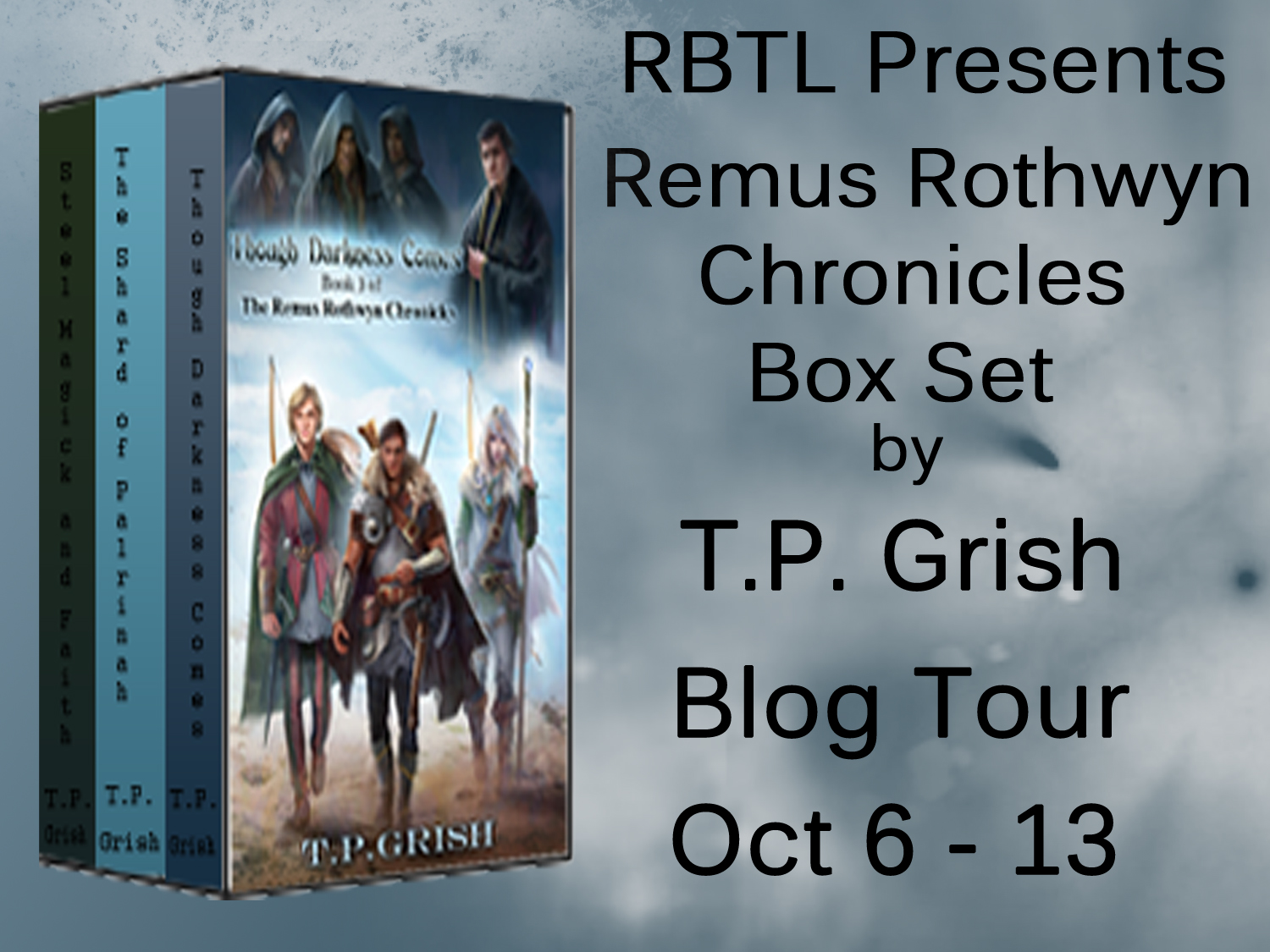 In the ancient and wild world of Glenryth, Fey creatures and a nascent humanity have come into conflict, the motives of each other mutually unfathomable and alien. Technological cults and Monotheistic religions are worshipped, any suspicion of pagan or fey magickal taint is reviled. Prophets spread far and wide, offering hope and comfort to the beleaguered masses. Mankind is not totally separate from the energies that suffuse Glenryth, as an unfortunate few are born as Touched.

When local dwarves put a curse upon the town of High Peaks, Remus, the aloof and irritable woodcutter and sage, must try and ebb the tide of xenophobic anger that could engulf himself and any other folk that are labelled as outcasts. But when a caravan of technocrat pilgrims fails to arrive, and the body of a local child is found in the woodlands, Remus, along with the capricious Touched Elaina, must try to understand the nature of morality in a world cloaked in suspicion and fear, and, ultimately, to prevent a brewing war that could send the region spiraling into chaos and destruction.

Book Links
Amazon
Barnes
and Noble
Books
A Million (BAM)
iTunes/iBooks
Kobo
Smashwords
Goodreads
Excerpt
Excerpt from Steel, Magick and Faith
'You know, where I come from, farmers and peasants have to eke out a hardscrabble existence, day in and day out', said Perfidian unexpectedly. Remus and Elaina looked at him as he went on. 'There wasn't the luxury of helping a neighbour, or sharing with a neighbour, when a man had to struggle to feed his own. When I left my house and my father, mother, and siblings; my father was not worried for my safety. As I told him I wanted to go out and experience the world outside of my hometown, he simply gave me his old suit of chain from his army days, what coin he could spare, and told me to be on my way. I cannot blame him, and am grateful for what he gave. But, one thing that I have discovered to be exceedingly rare in this world is true friendship; true willingness to sacrifice to keep a loved one safe. Both of you have that'.
Perfidian sat silent for a few moments, sipping his tea and letting his words sink in. 'You two are too stubborn to admit it, or appreciate it, but you have that most rare of things'. Although he criticized them both, he predominantly glanced in Remus' direction when he used the word 'stubborn'. 'I have had an experience travelling with you two, that I will never forget. This was my first foray out into the wider world, my first adventure as an amateur bard. I couldn't have asked for a better group to travel in; as where else could I find two individuals who were dedicated enough to risk all to stop a war!'

Title: The Shard of Palrinah
Author: T.P. Grish
Series: The Remus Rothwyn Chronicles (#2)
Genre: Epic Fantasy/Dark Fantasy
Publisher: Self Published
Release Date: May 30 2013
Edition/Format Available In: eBook & Print
Blurb/Synopsis:
After saving High Peaks from a devastating war between Humankind and Fey, Remus and Elaina head to the grand city of Yondern to continue their adventures, yearning for excitement and the chance to do good.
However, the long-brewing political conflict between the Steelwielders and Paragonites has erupted into open war, and try as they might, the travelers cannot escape the eye of suspicious factions. Once-friendly factions have turned wary, and they find themselves allying with those who they would least expect.
An old friend, the bard Perfidian, confronts them with troubling information, hinting at a deeper objective to the brewing war, and possibly to an object of power that could wreak devastation upon the land in the hands of the power-hungry.
The three friends must discover what the Steelwielder technocrats and Paragonite monks are truly seeking in a remote corner of Glenryth, in a deadly game of cat and mouse involving dark and sinister forces, both Human and otherwise.

Excerpt
Excerpt from The Shard of Palrinah
‘Now, it seemed that there was no option but to kill the humans that had ventured to this mountainous realm, and take their artefact, to see if it could be used for the good of Fey. Most likely it would be destroyed, to prevent any human faction from gaining power or prominence with it. Elves disdained using any human invention or magick, although the time of humans bearing the ability to create artefacts was long gone, and even during that time, only very few artefacts were created, and at great cost’.

Title: Though Darkness Comes
Author: T.P. Grish
Series: The Remus Rothwyn Chronicles (#3)
Genre: Epic Fantasy/Dark Fantasy
Publisher: Self Published
Release Date: Sept 26 2014
Edition/Format Available In: eBook & Print
Blurb/Synopsis:
Having fled to Norlathaa to hide themselves, and the mighty Shard of Palrinah, from the foes who mercilessly hunt them, Remus and his companions must navigate the deadly political landscape of double-crosses and power grabs that confronts them.
The Steelwielders and Paragonites pursue the holy item of power, taking advantage of the sweltering corruption that plagues the monarchic government of Norlathaa, spreading a web of eyes and ears. Other factions stalk the shadows of the temperate land, agents of the great Cities, and Fey tribes congregate in their lairs, enacting a great magick to counter the rise of whatever group of Humanity claims the artefact.
Old friends and enemies become intermeshed in the conflict, and Remus, Elaina and Perfidian must find safe harbour in the bard’s homeland, struggling to understand the meaning of home and the ramifications of power, and, ultimately, to seek a way to end the threat the Shard of Palrinah bodes for Glenryth, once and for all.
The Remus Rothwyn Chronicles is a dark, epic fantasy series with mythological elements and a nuanced world with complex perspectives.

Excerpt
Excerpt Though Darkness Comes
'Remus felt a new surge of power, urging him to unleash more terrible magick at the surviving bandits, who had threatened his friends so. He struggled to resist unleashing lethal magick against the two men who had surrendered, who were being disarmed of their packs and tied up by his allies.
The battle was won, and he was no murderer of unarmed foes. But, the promise of unleashing power to finish off the vagabonds, to lick against their flesh and bone, continued to surge. Lightning and sparks began to emanate from the gem-like shard at the artefact’s tip, which glowed hungrily.
Grunting, Remus jerked his arm back, holstering the artefact under his cloak once again. He felt the tingling fade. Looking up, he saw Elaina and Queluth staring concernedly at him.
What had he almost done?' 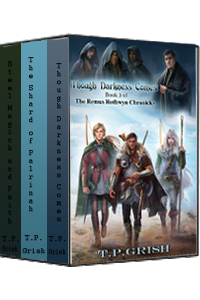 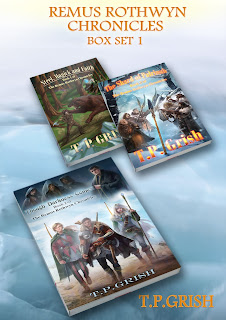 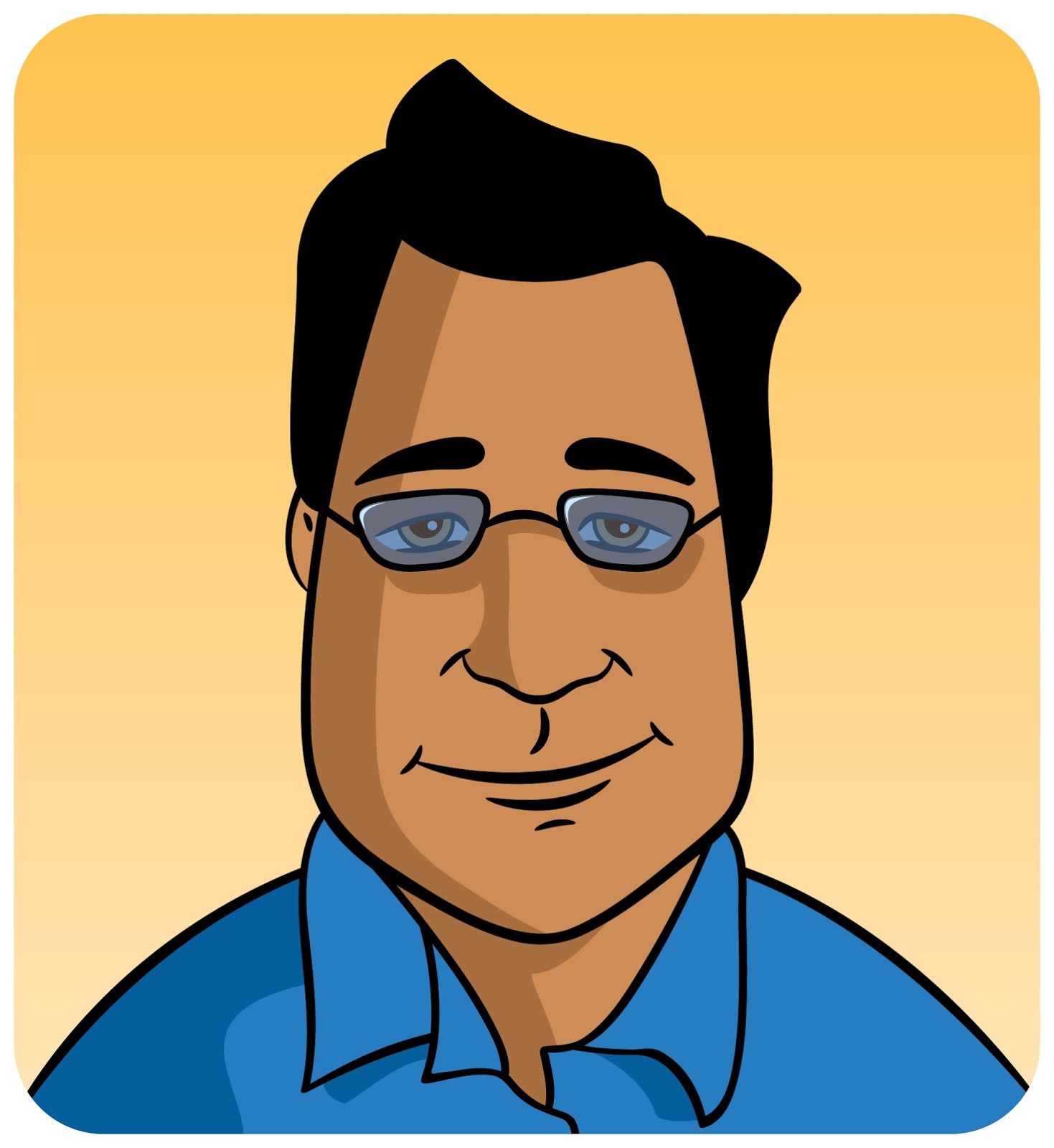 T.P. Grish devoured fantasy books since he was a kid, particularly liking character-based fantasy novels with exciting sequences, complex stories and a lode of deeper meaning. Although he also loved fantasy movies and hobby gaming, his dream to write his own fantasy novels was always at the forefront. Today, he is a PhD doctoral student and part-time business writer who can't help but daydream about writing novels for you to read.

Posted by Read Between the Lines at 9:29 AM