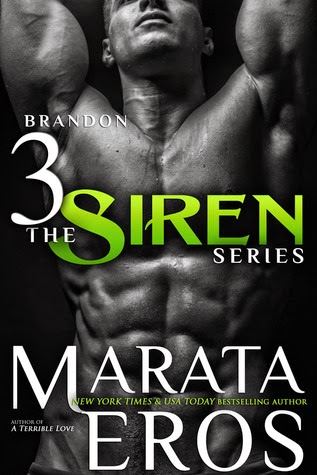 Synopsis: BRANDON is the sequel to CONSTANTINE of The SIREN Series.

Brandon, a Druid male warrior, has sought the call of the Mother, the sea’s endless summons something he can no longer ignore.

Leaving the Reaper vampire stronghold, he seeks those females who share his blood and unique calling. Brandon enters a battle between the mixed-blood Constantine, Kane of demon descent and Madden—a Mer who has the answers to the mystery of his lineage.
Left with more questions than answers, Brandon is shocked when he discovers a female that is mixed as he.

Can Brandon find answers to the questions that plague him? Or will his protection for the one female who calls to him circumvent the resolution he craves? When males from the opposing sects hunt him for what he possesses—can he call on his Druid counterparts to save everything he cares most about …

FTC Disclosure: I have not received any compensation for writing this post. I have no material connection to the brands, products, or services that I have mentioned. I am disclosing this in accordance with the Federal Trade Commission’s 16 CFR, Part 255: “Guides Concerning the Use of Endorsements and Testimonials in Advertising.

Ember steps around Con, and Con sees Madden's nostrils flare. Hard.
“You have fucked the Faction,” Madden accuses her.
Constantine sighs. Grabbing Ember's elbow, he jerks her closer to him. “You imbecile, I am no longer Faction. Do you see yonder Faction present? Them, oaf, not I.”
Madden's brows dump, his eyes narrowing to slits. “A mongrel is what I see,” he says, dismissing the Faction who used to battle alongside Con.
Not that the other Faction’s stance as current potential enemy ruffled Con’s feathers. Con has found independence, and it suits him quite well.
Con doesn’t have time for usurpation. “Well, bravo, my fishy enemy. But this mongrel will end you.”
The Mer open their mouths to call the Mother.
Constantine would like to bitch about their methods. However, he has always been a dirty fighter, and he approves of using everything at his disposal.
On that note. Con whips Ember around, gripping her arms. Her blood-red eyes and blond hair contrast in the strangled moonlight seeping through the trees like pale blood.
“Derail their siren's call, Ember.”
Her eyes grow round. “I do not know if I am able.”
He gives her a teeth-rattling shake. “Try—before I inspire you to do so. You can take the Faction out of the male, but the violence remains.”
Constantine draws her close as the Mer call the aid of the sea.
He feels the Mother as his lips take Ember's in a brutal press of flesh that leaves her gasping.
He bites her lip just hard enough to draw blood, and it fills their mouths.
He pulls away. “Do it. Do it now!”
Ember's tongue swipes at the wound. He watches her pupils dilate, the black eating the red. When her eyes are glossy ink marbles in the ivory of her face, her mouth opens, and Ember's song fills the stillness.
The demonic and Druid cover their ears against it.
But Con does not. He has enough blood of the Mer to tolerate her high-toned wail, though it causes as much pain as it does pleasure.
A common theme for what Constantine enjoys best.
A wall of seawater rises like a hand from a watery grave. It hovers over Ember and Constantine.
The Druid's arms drop to his sides, an expression of wonder filling his face as he approaches them.
Ember's wailing isn’t interrupted when she gives a cautionary shake of her head. Con doesn’t shred the cock and balls off the young male, as his impulse would normally be, because when the Druid sets his hands on both their shoulders, Ember’s song rises in pitch—strengthening the call. The water that threatens them swings around and crashes into the five Mer and Faction who sidle closer to gain the advantage of proximity.
Fierce satisfaction fills Con when the Mers’ siren call is cut short, water stealing the sound.
Ember's final note carries on the now-still air. Her trembling music crushes the silence as it ends.
Their breathing is all Constantine hears.

Colorblind and Loving It

Amazon has begun adding categories I couldn't have dreamed up if my life depended on it. Yes, on goes my obsession with categories, which I've touched on before (give me as many subs as you can!).

This is where it gets good. Now, I have a spot for my men and women of color.

Non-caucasian people want love, hot sex and all the other trappings of being human! Who knew? This is such an obvious thing, saying it feels like putting on a pair of shoes that fit badly. Why do we even need categories for such things? Because most of the literature does not speak to the racial diversity that is exploding across America (I'll stay to that country because that's where I live).

Do I plug certain characters into my books to be diverse?

The characters are in charge guys, I couldn't any more force my muse to do what I want than become a man.

The character is who they are and it predicates race. And honestly, lots of my MCs are mixed anyway. I just SEE them that way. My first book had MCs that were black, Asian and the ambiguous race of other. You know what that is? Anything that is several things mixed together.
Now it seems as if writing mixed-race fiction is becoming the flavor of the month. (My vote is to make it the flavor of forever.)

Amazon's noticed, adding interracial romance and erotica to its sub-genres. Well goody gumdrop, because those authors who enjoy writing a mixed bag which include different ethnicities are digging putting our stuff where it belongs. And where our readers of color can find it. And all our readers.
My current work that just wrapped is about a Haitian guy that locks horns with the French mob.  See how my muse slid that in there? Is he “black?” Not really, he's Haitian, and speaks French... but not Parisian, not that city stuff, but raw and unfiltered creole style. Yeah... that was fun. Who's his love interest? Well a really cool caucasian girl... but that's not all she is.

I'm loving that the further we go, the less we see. Amazon's colorblind, and many writers are seeing the need to expose our unique cross-section of domestic humanity right here in the little US of A. For me, writing about different cultures and races feels right. Keeps things fresh... doesn't allow for as much regurgitation of the same old thing.

Ultimately, does it matter... if you're a woman—you want love. To be loved; erotically, passionately, unconditionally. I haven't found color makes that different.
Color really is all the same.

Ode to the Three Star Reviewer

This is a love letter of sorts. Anyone who's ever bothered to check out my blog, Facebook or twitter sites knows that I'm positive, assertive and command a great respect for my readers (and all other supporters). Some authors won't make the ballsy move to say anything about reviewers because we're terrified of offending anyone by accident and getting labeled as one of “those” authors. Well, no need to worry about that, guys. I'm not one of “those.” I'm a normal chick whose day job is writing. I'm a wife, a mother of four, and daydream from mind to paper. It's not complicated. I'm not here to spread negativity so rest assured, the words that follow are positive, truthful and from the heart. It's all good.

This month I'd like to touch on reviewers. I love my readers; I am one. I read about 3-4 books per week and understand my taste intimately, select accordingly and won't go past 10% [eReader] on any work unless it engages me. Since I'm a niche writer... well, that typically means I don't like “broad” work. However, there's exceptions, like BEAUTIFUL DISASTER. I loved that work and its wide appeal cannot be denied. The one that took the rug out from underneath me was the wonderfully dark, poignant and clearly controversial CJ Roberts masterpiece, CAPTIVE in the DARK. Wow. Just- wow.

So- I understand your pain. I read, I select, and I... critique.

What? You don't like everything you read? The short answer is: no.

However, as a writer, your constructive criticisms are helpful. I won't lie: I adore the fives stars, the one stars are tough... the three stars are [typically] informative. As an artist I don't “learn” much from that wide pendulum, though I appreciate every review. Appreciate doesn't mean like or dislike, it's a nod to the time it took that reader to voice their thoughts in a tangible way. Stephen King once said: “The worst advice? ‘Don’t listen to the critics.’ I think that you really ought to listen to the critics, because sometimes they’re telling you something is broken that you can fix.”

Okay, King is The Master. Since we write, we need to listen to our readers so we can continue to improve our work: the craft of writing. Everyone's time is valuable and I don't ever dismiss readers who share their thoughts.

I love hearing what resonated in my work; I need to hear what didn't work just as much. Some things compromise the work and I can't alter those, but I can add things that readers need. My break out dark romantic suspense, A TERRIBLE LOVE is a case in point. When I read some reviews where readers wanted to hear more back story, and just more “why,” I fleshed that out in the companion, A BRUTAL TENDERNESS. However, the intrinsic character's personalities must remain true to who they are, a product of what shaped them in the past, and what the present is feeding them. I usually use the rule of “3s.” If I hear the same criticism three times (or the same “love”) I will emphasize the latter and improve the former.

I'll speak for all those who write: if you care about your words, you care about who's reading them. Altering your work to improve it for your reader while remaining true to your style isn't cheating, it's progressing.

Thank you so much for reading our work. Without you, they're just words on a page. 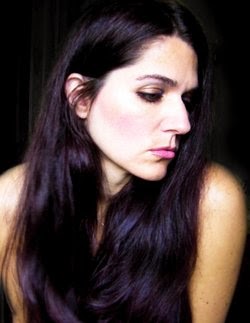 Posted by Crystal Rants at 3:21 PM