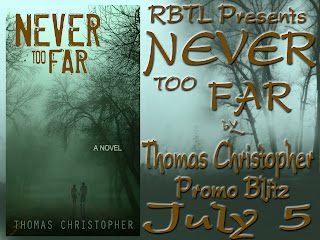 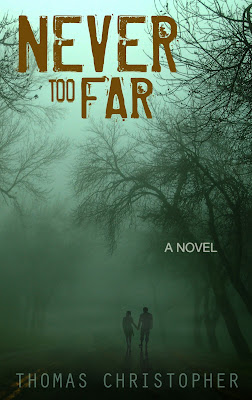 Blurb/Synopsis: A harrowing story of love and survival. In a future of scarce resources, where the possession of gas and diesel is punishable by death, a teenage boy and a pregnant girl must save their impoverished family. They risk their lives on a terrifying journey to sell stolen fuel on the black market

Joe slung the rifle strap over his shoulder and pointed, but his older brother Frank didn’t say anything.
“Don’t you see it?” Joe said. “Right there. Across the river.”
Frank stepped back suddenly.
“We need to get out of here,” he said. “Someone might still be there.” He looked across the river again. “What’s it doing out here?”
“It looks abandoned,” Joe said.
“That doesn’t mean anything.”
“We got to check it out.”
Joe moved forward but Frank grabbed his arm.
“No we don’t,” Frank said. “Besides, you can’t go walking up to it like any old piece of junk. It isn’t something you leave lying around, either. They’re coming back for it, for sure.”
“All the more reason why we should go see it.”
“That’s not what I’m saying. I’m saying we shouldn’t mess with it.”
“Well, I’m going,” Joe said.
At the river’s edge, Frank snatched the rifle from Joe.
“I’m leading the way,” Frank said.

Joe was about to grab the rifle back when Frank jammed the last shell into the open breech. He used his maimed hand, the one missing three fingers, and locked the bolt in place. Joe figured there was no sense in arguing now. It would only make Frank more upset.

After they waded across the shallow river, they crouched low and crept up the rocky embankment to the old road. Frank raised his head to take a look, and then Joe poked his head up too.
“I don’t think this is a good idea,” Frank said. “It’s definitely an Arbyter.”

Joe couldn’t take his eyes off it. He had never seen a real Arbyter before. What he knew about them came from Frank when he was in the city of Chikowa over a year ago. He said he saw Arbyters patrolling the streets all the time. The way Frank described them made Joe think of a beast on wheels, one with two dark windows in front like menacing eyes and a big machine gun on top like a horn.
“I’ll go,” Joe said.

“No, you won’t,” Frank said. “I’m going. Stay behind me.”
For a moment Frank seemed afraid to go near the vehicle, which was flipped on its side. He stood with his legs spread and the rifle pointed at it as if he thought it might spring to life at any second. He shuffled forward. His wet shoes scraped on the dirt road. When he got close enough to touch the armored underbelly, he stopped. He nudged his foot against the scratched and dented metal. Then he stepped back, ready to fire, ready for it to finally awaken and show its true self. When it didn’t move, he took his maimed hand off the rifle and motioned toward Joe.

Joe shot to his feet and hurried to Frank who was rounding one of the Arbyter’s huge front tires. Joe couldn’t resist brushing his fingers along the tire’s thick tread or touching the fang-like spokes in the grill on his way past. But the very second he turned the corner and saw the top of the Arbyter, he pulled up short. It was much stockier than what he imagined. It looked like the head of a giant iron bull. The dark eyes staring out from the squat cab were cracked and pitted from bullet fire, and the machine gun’s long thick barrel was wedged tight in the ground.

Frank hung the rifle over his shoulder, climbed on the machine gun, and heaved himself up on the Arbyter’s side. Once he got to his feet, he jabbed the rifle tip through an open window, or perhaps it was an open door. Joe didn’t know because he couldn’t see that high.

Joe didn’t hesitate. He scampered onto the machine gun and crawled up near Frank’s feet. Painted on the Arbyter’s door was the symbol of the Guardian Party, the ruling government in Chikowa. The symbol was a seven-pointed red star with a white ring in the middle and a red circle inside like a bull’s eye.

“See if there’re any dead soldiers in there,” Frank said.

Joe got on his stomach and ducked his head inside the open window. He braced himself for a gory sight, but he didn’t see any of the dead soldiers Frank was afraid of. Instead, he saw some kind of reddish-black substance splashed all around. He reckoned it was probably blood. He looked over the instrument panel, gazed at the cracks in the tinted windshield, and then craned his neck to look behind the seats. Nothing was there as far as he could tell.

On his way out he gripped the steering wheel and even jiggled it once before he abruptly let go.
After he sat up, he said, “No bodies, but there’s blood.”
“They must’ve evacuated already.”
“What do you think happened? Do you think it was attacked?”
“If it was, we wouldn’t be standing here.” Frank looked around like he was expecting someone to be there. “Let’s get down.”
Frank shouldered the rifle and shimmied down onto the machine gun. Joe was about to follow him when he thought of something.
“Hey,” he said. “I bet it still has fuel.”
He scooted to the back end of the Arbyter to look for the fuel plate. As soon as he found it, he pried it open, unscrewed the cap, and stuck his nose into the open cylinder. He took a big whiff. The smell of the fumes made his eyes water. It still had fuel. He couldn’t believe it. He stared at Frank standing on the ground below.
“Get down from there,” Frank said.
“How much do you think it’s worth?”
“How should I know? I don’t even know how much is in there.”

Joe was going to find out. He looked into the woods and spotted a big fallen limb. He leapt off the Arbyter, forgetting how high up he was, and stumbled hard to his knees. But the drop barely fazed him. He ran to the fallen limb, planted his foot on its barrel, and snapped off a long thin branch.

“What are you doing?” Frank said. “Are you crazy?”

Back at the Arbyter, Joe clambered up to the fuel tank. He dipped the stick into the opening and fed it down the pipe as far as it would go. The smell rushed up into his nose again. He pulled the stick out to find it half-soaked with diesel.

“There’s like half a tank.”
“Let me see that,” Frank said.
Joe handed the stick down to Frank.
“You know how much this is worth?” Frank said.
“I already asked you that.”
“It was at ten thousand shekels when I was in Chikowa.”
“So you were lying.”
“So what? That might not even be right.”
“You think that’s close, though?”
“It’s got to be. This is like gold.”
“Why don’t we sell it, then?”
“Don’t be nuts. We get caught with this, we’ll be executed. It’s illegal to have. You know that. Forget about it.” Frank threw the stick into the woods. “Put that cap back on and get down from there.”
“I’m serious,” Joe said.
“Get it out of your head because it’s not happening.
“I could do it.”
“What did I just say? No way.”
“But you went.”
“And look what happened to me.” He shoved his maimed hand up at Joe. “You aren’t going. I’m not going. Nobody’s going. Got it?”

Once they crossed the river, they walked through the wooded bluffs and down into the valley where Joe’s family farm stood. Even though it didn’t look much different from any other farm Joe had seen, he knew it was a ramshackle wreck. The stark buildings were aged and weathered. The splitting wood was streaked gray and black. Off to the side of the barn was a rickety fence that held the little livestock they had left—a wooly goat, two spotted hogs, some chickens, and the horses, Lester and Sam. Beyond that was a field of limp corn and a garden of scraggly vegetables. The house leaned to one side as if it was constantly trying to hang on against a fierce wind. Broken windows were covered in plastic or scraps of wood. It was a wonder anyone lived there. 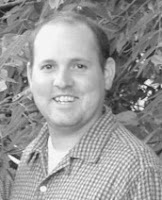 Thomas Christopher grew up in Iowa and attended the University of Northern Iowa.

After living in Seattle and Montana, he went to Western Michigan University, where he received his MFA.

His short stories have appeared in The Louisville Review, The MacGuffin, Redivider, as well as other places. He was awarded an Irving S. Gilmore Emerging Artist Grant and was a finalist for the Matthew Clark Prize in Fiction.

He lives in Wisconsin with his wife Jessica and their son Holton.

Places to find Never Too Far

Amazon
Goodreads
Posted by Crystal Rants at 3:01 AM