Blurb/Synopsis: The second book in The Lilly Frank series joins Torren and Lilly in northern Italy, where Torren tries to help Lilly adjust to her sensitive new vampire body and win her love before she discovers the real reason behind his interest in her.

A newly made vampire requires a certain amount of time to get used to her new body and heightened senses. But Torren's worried that if Lilly doesn't hurry up, she'll be dead before she ever gets the chance to adjust to life as a vampire.

Excerpt: As he took her hand in his, that electric current ran up his arm to his elbow. He took hold of her index and middle fingers together and raised them to his neck. Put them on the very spot that she should bite. Her fingertips were cool against his skin. Cool and smooth. He moved them back and forth a little over the skin of his neck, and just that small, light caress was enough to cause his blood to pump a little harder, his breath to come a little quicker.

She must have felt it too.
Or smelled his arousal. Her pupils dilated and she inhaled sharply.
Focus, he reminded himself.

“Your teeth must go in here,” he said. Then he let go of her hand.

She kept her fingers pressed against his neck. Then, slowly, uncertainly, she brought her head closer to his. Angled her mouth to intercept her fingers. He felt the small pressure of cool fingertips, and her warm breath beyond. Then her fingers slid off his neck and were replaced by her tongue. Ah yes, of course. Her tongue. She could feel his pulse just as well with that as with her fingers.

She licked his neck, her tongue moist and soft against his skin. He struggled to remain still. What he really wanted to do was…. Well. Best not to even think about it.

She licked his neck again, and then shifted and he felt the tips of her teeth just barely grazing his skin.
“That’s right,” he reassured her. “Right there. Use only your top teeth. Just bring them down, almost like you’re nodding.”

She did. And the bite was clean. He felt the blood begin to well up. She tried to extract her teeth in the same way and they tore a little, but he gave no sign of discomfort and it was over quickly. The rest was, he knew from experience, instinctive. Her tongue against the twin wounds. Lapping. Caressing.
“Good,” he tried to say, but it came out somewhere between an exhale and a moan.

She sucked gently, and he really did moan then. The sensation was like millions of little bubbles in his bloodstream, all over his body, flowing toward his neck where she called his blood out to her. Like being filled with champagne, almost.

My Rant: Awakening 2 picks up where the previous book left off. Lilly has now gone through the transformation and is having trouble adjusting to the change. In the beginning Lilly is a little silent and you are getting more of Torrens POV through the beginning of the story. I completely adored Torren from the previous book, I felt like he could do no wrong and I still feel that way to a certain extent. We all knew there was more to his character than what we received from the first book and as you embark on his POV your diving a little into his past.

Torren was vulnerable, and I enjoyed the way the author explored his vulnerability. In the previous book we all knew how bad A$$ Torren could be but in this book he is scared, he feels isolated, ashamed, unloved and jealous. All the emotions I thought we would not see from Torrent was displayed out on a silver platter for our view. My heart began to sink for him. He felt responsible for Lilly but in the end he was falling her but he did not know why.

Lilly is experiencing a drastic change and this change is helping to mold Lilly into a new individual with new born vamp powers. but coping with the change is enough to question anyones  trust in others.

There are new characters that are bought into the storyline and contributed so much to the story. I really enjoyed Beth, because she was all in your face whether or not you liked it or not. She told you how it is but at the same time she was nurturing and caring but what tickled me the most is that she did not take any mess especially from Torren.

Jamie was dark there was something so mysterious about him which was intriguing. I couldn't read to much into Carrie but I had to respect her bravery in the book. Mark, I thought he was adorable and until that adoration turned into complete hate. How could it be that someone who was so sweet or appeared to be that way be so bad for you. Don't know, but I was always told everything that looks good isn't good for you or your health.

Thing are not going well for Torren and Lilly and its breaking my heart, and all the while I want to know who is doing all this merciless  killing. Who is this villain and why the heck isn't anyone stopping him. I am afraid for the characters. I don't want anything to happen to them so when the villain captured Lilly I was distraught and was completely in awe when Torren raced to save Lilly but what I was hoping to find was not what I got in the end. The author completely put a spin on the ending.

Blank….. really my expression was completely blank. LOL I did not see the ending coming at all. Torren long lost love Vittoria is now back on the scene while he is mated to Lilly and now Torren has a big decision to make and just when you think he is about to make it one of the women just disappears.

Torren you have some explaining to do.. literally if you do not make the right decision. LOL. I thought everything will pan out perfectly with Torren and Lilly but there is so much going on. The monkey wrench that was thrown created a big whole in this story but you all know I like my stories complicated becouse it creates and better romance in the end. It will be interesting to see how all this is going to play out, until then we will have to wait for the next book Awakening #3.

My Recommendation: I really enjoyed this story and I rated it 4 out of 5 purple rant hearts.

FTC Disclaimer: I received this book for free from the author, editor, publisher, or Promo Host. This is my honest opinion about this book and I did not receive any monetary compensation for writing this review nor was I obligated to write a positive one.
About The Author 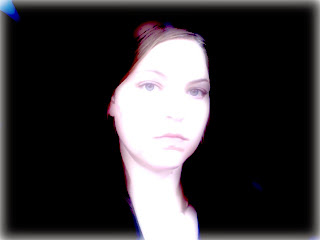 Jeanie Grey is a feminist reader and writer of romance and erotica who lives in Portland, Oregon. Her short stories have been published on deadlyeverafter.com and thedarkerhalf.com. To date, over 1200 copies of her first novella, Awakening (2012), have been downloaded. Awakening 2, the second book in the Lilly Frank series, joins Lilly and Torren in northern Italy, where Torren attempts to win Lilly's love before she finds out the truth about his interest in her. The final installment in the Lilly Frank series, Awakening 3, is slated to be released in 2014.

Enter the Giveaway Below
a Rafflecopter giveaway