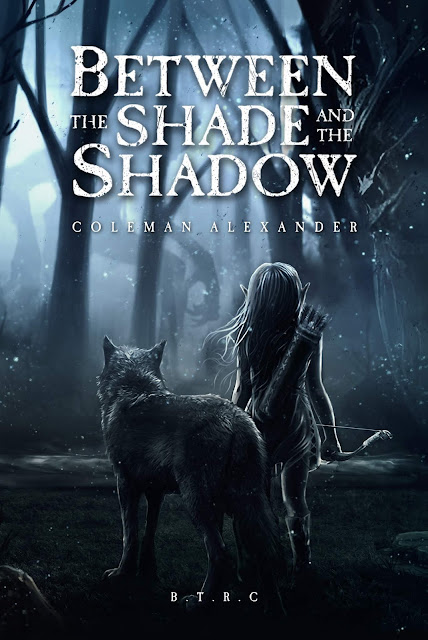 Title: Between the Shade and the Shadow
Author: Coleman Alexander
Series: Beyond the Realmless Collection (Book 1) (Interconnected Standalones)
Genre: Coming of Age Dark Fantasy
Release Date: June 21 2018
Edition/Format: 1st Edition / Format ~ eBook and Print
Blurb/Synopsis:
In the deep heart of the forest, there are places where no light ever shines, where darkness is folded by pale hands and jewel-bright eyes, where the world is ruled by the wicked and kept by the wraiths. This is where the Sprites of the Sihl live.
But Sprites are not born, they are made. On the path to Spritehood, spritelings must first become shades. They do so by binding a shadow: a woodland creature, who guides them through their training. Together, they keep from the light and learn to enchant living things, to bind them, and eventually, to kill them.
Ahraia is a shade who has bound a wolf for a shadow, as strong a shadow as there has ever been. But while her wolf marks her for greatness, Ahraia struggles with the violent ways of her people. Illicit as it is, she would rather be running wild beneath the moons. But a test is coming, and the further she and her shadow wander out of the darkness, the deeper they wander into danger. Ahraia’s time is coming and what awaits her at the end of her test will either make her or kill her . . .
Book Links
Amazon Kindle 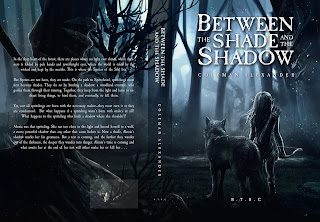 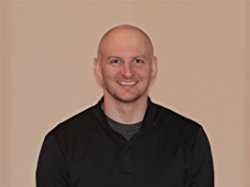 Coleman Alexander lives and writes in Portland, Oregon. Born and raised in the Pacific Northwest, exploration runs deep in his blood. Whether visiting the remote wilds of Alaska or the imaginary lands of his books, he is happiest with his head in the woods or the mountains. The farther off the beaten path the better.
His favorite author's include J.R.R. Tolkien, Patrick Rothfuss, and J.K. Rowling, and his work is influenced by a great number of fantasy and science fiction movies and books. Music plays an integral part of his writing process, and he is always diving down the rabbit hole for new musicians.
Between the Shade and the Shadow is his debut novel, but is only the first piece of a much greater world he is creating, the world of The Realmless.

Posted by Crystal Rants at 7:00 AM