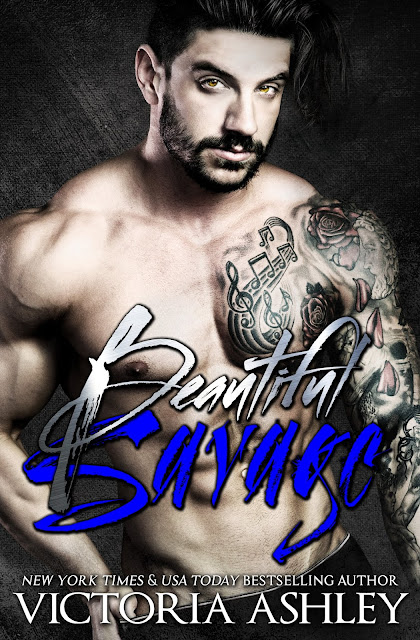 I can’t breathe… I don’t want to. With every breath that fills my lungs, I feel the pain she’s fighting and it’s killing me slowly, reminding me of the day she got ripped away.
I’ve gone thirteen years without her, and as if she was never gone, she walks back into my life, feisty as h@ll and set on running from me.
I refuse to let that happen.
She’s my Lex. It doesn’t matter if I have to destroy everything in my path that leads to her—I will.
I’ve been in love with her since the age of nine. I lost her once, and you better d@mn well believe that I will walk through the fires of Hell before losing her again.
She’s broken…
Ripped apart by the world. I’m making it my mission to piece her back together again and claim her as mine.
Every part of her sexy body has been possessed by me.
I know she sees she’s not the only one who has changed with time. I’m rough, savage, and just as damaged as she is.
But there’s one thing I’m capable of—always have been—and that is loving her.
I promise to do everything in my power to show her, no matter what it takes or how much it hurts.

I never thought I’d lay eyes on Jax Kade again, and the moment I realized the rough, edgy man I allowed to take me home and have rough sex with me was him… my world came crashing down around me.
I’m no good for him.
Not for the sweet, protective Jax that took care of me back when no one else would.
I’m damaged, unrepairable…
I need medicine to escape this reality—the pills, c@caine, and liquor aren’t even enough to numb the pain of my past.
Years without Jax destroyed me—ruined me forever—and being back in his life will only ruin him the same.
I could never do that to my beautiful Jax. I never meant to find him, and I sure as hell never meant to want him again as much as I did before we were ripped apart.
It doesn’t matter that I need to stay away from him. It doesn’t matter that I fight to keep my distance. Jax refuses to let me go.
He doesn’t care how messed up I am. My biggest fear is destroying the only person I’ve ever been capable of loving, but he’s not giving me any other choice…

***Disclaimer: This entire series is graphic with detailed violence, sex, and language.
If you’re offended by books that have explicit content, please proceed with caution.***

PROLOGUE
JAX
I can’t fucking
breathe… I don’t want to. With every breath that fills my lungs, I feel the
rage building inside of me, making it hard to think straight.
If I don’t find out where this son of a
bitch is within the next thirty seconds, I know without a doubt I’ll be taking
a man’s life tonight.
I’ll stand here, my rough hands wrapped
tightly around James’ throat, squeezing until I see the last sign of life drain
from his eyes.
And I will feel nothing.
Which is exactly what I’ve felt for the
last three days; since I showed up at Alexandra’s house to find it littered
with pills and cocaine.
I’m numb to every emotion other than
fury.
My grip around James’ throat tightens as
I hold his head above the bathwater, giving him a few moments to catch his
breath.
The prick can hardly remember his name at
this point from the lack of oxygen to his brain, but I don’t give a fuck.
Either that or he’s not talking. One way or another, he has answers that I need
and I’m not leaving here without them.
“Where is he?” I ask again, my voice
gruff as I lean in close to his bloodied and swollen face. “This is your last
chance.”
He coughs and digs at my hands when I
give his throat a firm squeeze and lift him higher out of the water.
“I don’t…” he coughs. “…know–”
“Tell me, before I rip your fucking
throat out.” Anger courses through me, making me see red when I don’t get the
answer I need. “Fuck this.”
Growling out, I shove him back into the
water, watching with dead eyes, all the fucks in the world gone as he gasps for
air and slaps at the porcelain surrounding him.
It’s hard to see him through the
bloodstained water, yet I keep my gaze on him, not wanting to miss a second of
his suffering.
It’s this piece of shit’s fault that
Alexandra got mixed up with Jasper to begin with.
I kept her in the dark when we were kids,
not wanting her to ever know who that sick fuck was; even though he’d been at
my doorstep more times than I could count while growing up.
I couldn’t protect my mother from him,
but I made damn sure he never set his eyes on Alexandra to chance ruining her
too.
Even when I was too young to fully
understand how that part of the world worked, I still knew he was bad news.
I’d seen how dangerous and greedy he was
through his careless eyes.
With my hand still around James’ throat,
I step into the water and kneel above his body, so I can get a better grip.
Looking him dead in the eyes, I reach into my boot and pull out my knife,
placing it to his cheek.
“Tell me where the fuck he is, before I start
cutting you into pieces, starting with your tongue. Now!” I scream in his face,
before releasing his throat with a shove.
I keep my body above his, not giving him
a chance to escape even if he had it left in him, which he doesn’t.
We’ve been at this for over twenty
minutes now.
“I don’t know…” he gasps out, gripping at
the bathtub. “I swear! I swear! Please, don’t. Please…”
Letting out some pent-up anger, I slam my
fist into his face, knocking him out cold.
I still need him alive, so I grab him by
the shirt and pull him above the water, before walking across the room to grab
another cigarette from the sink.
“Fuck!” I smash the box in my hand,
before tossing the empty package at the wall. This is not a good time to run
out of smokes. They’re about the only thing keeping me from killing this
asshole.
Yelling out, I grip my hair, before
reaching for the closest thing to me and breaking it against the wall. I don’t
stop until everything in this small bathroom is broken and out of place.
When I stop to catch my breath, I look
into the mirror, staring long and hard at the monster I’ve become for her. She
is the only girl I’d kill for. Always has been.
I slam my fist into the glass repeatedly,
not stopping until my skin is hanging from my knuckles.
Blood covers everything.
My fist.
The sink.
The floor.
And I know more blood will spill until I
get what I need, because I won’t stop until I’m standing above Jasper’s
lifeless body and he’s paid for hurting the person I love most in this shitty
world.
And I’ll kill any motherfucker who stands
in my way…

New York Times, Wall Street Journal and USA Today Bestselling Author of the Walk of Shame Series.
Victoria Ashley grew up in Rockford, IL and has had a passion for reading for as long as she can remember. After finding a reading app where it allowed readers to upload their own stories, she gave it a shot and writing became her passion.

She lives for a good romance book with bad boys that are just highly misunderstood. When she's not reading or writing about bad boys, you can find her watching her favorite shows.

Posted by Read Between the Lines at 7:30 AM