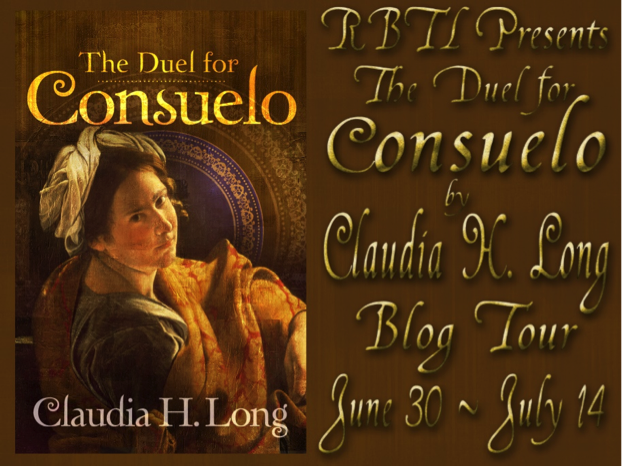 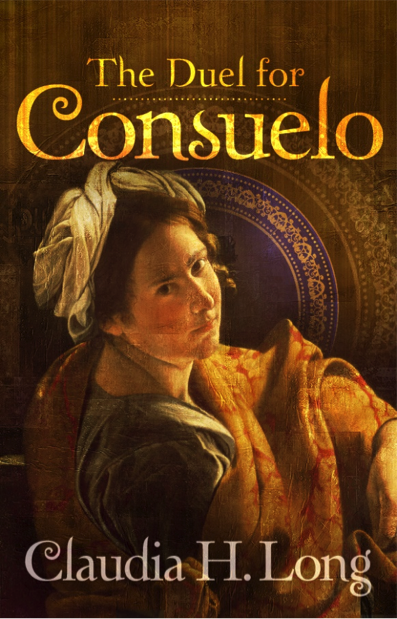 Title: The Duel for Consuelo

Series: Josefina's Sin, The Next Generation

Blurb/Synopsis: Travel back in time to 1711 in colonial Mexico, where the terrors of the Inquisition are slowly receding before the tide of the Enlightenment. Not receding fast enough, though, for Consuelo. She's caught between two men, two religions, and two ruthless inquisitors who are hanging on to their lasts shreds of power.


THE DUEL FOR CONSUELO brings us to 1711 in colonial Mexico. Consuelo, an accomplished herbalist and daughter of a mayor, is privy to the darkest family secret possible while the Inquisition still holds fast to its waning dominance. Her ailing mother is a practicing "Secret Jew", descendent of Conversos, or Jews who converted in Spain at the point of a sword. Her father is desperate to prevent the discovery of this secret as it will mean certain torture and possible death of his family.

Juan Carlos Castillo, the white-blond son of wealthy landowners, has a few secrets of his own. His love for Consuelo has moved into forbidden territory, and he watches as his friend and rival, Leandro Almidon of Spain, woos Consuelo with his sharp wit and promises of social and financial security.

The times are turbulent. The Enlightenment is slowly penetrating the darkness of Spain and its colony, and new thinkers are questioning everything, from religion to science, to the mingling of the castes and races. With new thinking secrets are bared and the Inquisition makes a final grasp at power. Consuelo finds herself fighting for her mother's life, her own future, and her right to love.

The cold wind whipped through the yard, scattering leaves and dust and blowing Consuelo's hair and shawls. She pulled the rebozo closer around herself and held her mother's arm firmly.
She watched her father walk towards the gathered men, her eyes searching intently. It was not difficult to spot the white-blond head amongst the throng of dark haired and olive-complexioned men. The sun, weakened by the greenish clouds that increased by the moment, absorbed and returned the unnatural glow of that otherworldly hair. Consuelo swallowed as Juan Carlos turned as if sensing her stare and looked back at her. It was too far for her to see the expression on his face but he clearly raised his hand in greeting. Unable to breathe she nodded back, her flush banishing the cold from the whistling wind.
Something soft touched her hand. Consuelo looked down to see her mother stroking her hand tenderly where she held her mother's arm in an unconsciously iron grip. "Thank you," Consuelo whispered, but the clarity faded once again to opacity in Leila's eyes. Consuelo turned them towards the hacienda door. Small specks of white swirled in her vision and for the first time in a hundred recorded years snow began to fall in the high plains of Central Mexico.

My Rant: I am not one that enjoys reading historical romances but I did enjoy Duel For Consuelo. This read was rich with fictional history but what appealed to me was the fact that I could relate to Consuelo by her sense of family obligations. She was a strong character, her will and determination and perseverance amazed me. I felt like I was watching an old black and white movie while I was reading this story. The book takes place in Mexico back in the 1700’s, though I have never visited Mexico, I can say I visited it in the book. The author writing was very detailed. You couldn’t miss a beat of the surroundings because she painted a vivid picture. I have grown attached to the characters. The plot had me gripping the edge of my seat. The romance was definitely swoon worthy, I mean how bad could it really be to have two men fight for you. No one fought for me, hell I gave myself freely, and maybe I should rethink my motives LOL. Anyway, back to the review. Duel for Consuelo was mesmerizing, captivating and enlightening. There are lessons taught in this story. Your engulfed in the old ways the world ran were women really did not have a voice. I couldn’t imagine what it would feel like to not be able to be who you are just because you are woman. People were being murdered due to their religious beliefs. Really I could not imagine living in those times.You always think about what you would do, if you had to endure what Consuelo endured. Consuelo strength in this story gives you hope of perseverance, and I admire her courage. I have not read other works by this author but I am looking forward to reading other book in this series.

I rated this book 4 out of 5 Purple Rant Hearts and would recommend this book to anyone that loves a gripping historical romance. 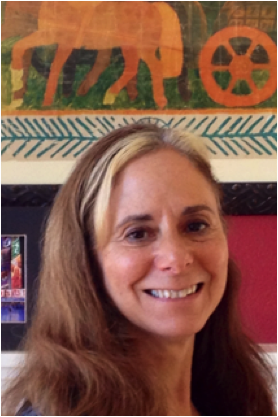 Claudia H. Long grew up in Mexico City and moved to the United States when she was eleven. She wrote her senior thesis at Harvard University on the feminism of Sor Juana INS De La Cruz, and revived her passion for her when she wrote Josefina's Sin. She lives and practices law in Northern California with her husband. They have two grown children. She is currently at work on her next novel, set in eighteenth century Mexico.

Posted by Crystal Rants at 9:50 AM