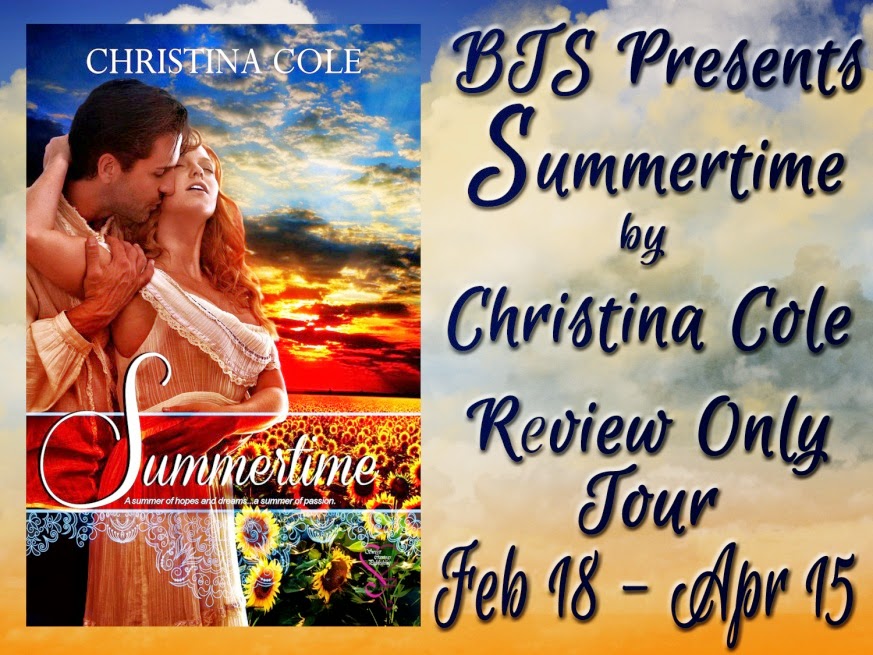 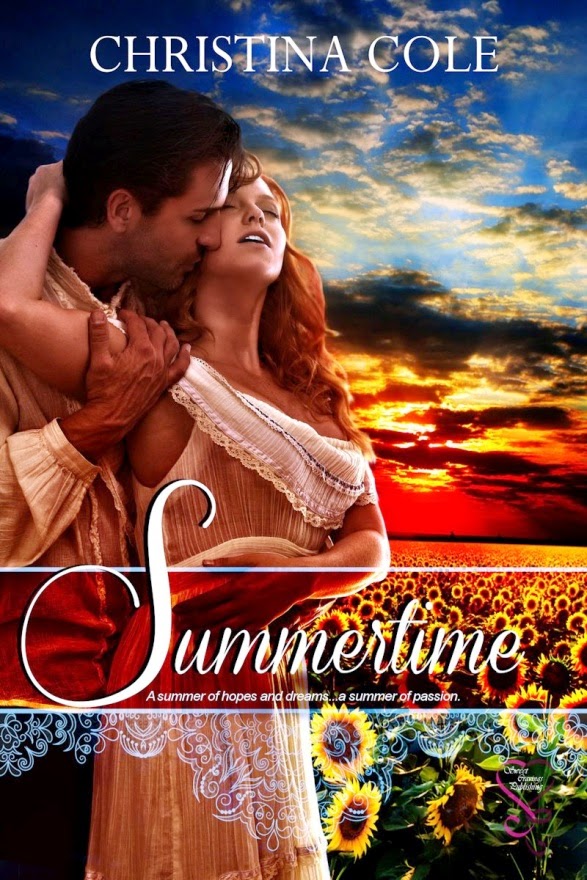 Blurb/Synopsis: SUMMERTIME is the story of Linn Sparks, a young woman who wanted more than rural Kansas could offer. A talented singer, she craved fame, fortune, glamour and excitement. She found it all as a star of the stage at the Crown Theater in San Francisco.

It’s also the story of Ed Ferguson. For him, life was far less complicated. All he wanted was Linnie Mae, but she’d left him standing alone at the altar seven years before when she ran off to pursue her dreams.
Now, it’s 1914. War is breaking out in Europe, and Linn Sparks has come home to Brookfield, Kansas. She plans to stay only a few days – just long enough to help negotiate the sale of her parents’ farm.
At first, it seems that nothing has changed in the quiet little country town, but Linn soon learns otherwise.  She’s surprised to find that Ed is now spending a lot of time with Polly Washburn. An even greater surprise comes when she meets six-year-old Thaddeus, Ed’s son. But perhaps the greatest surprise is that the town of Brookfield is now building a theater to honor Miss Tabitha Ann Collier, the spinster music teacher who helped Linn make her dreams come true.

Now that she’s come back, surely she’ll be offered the lead in the theater’s first production — a musical penned by Tabitha Ann herself. But staying in Brookfield means facing a lot of unpleasant realities.  Between her strained relationship with a father who never wanted her, a mother whose grasp on sanity is slipping away, and the feelings she still has for Ed, Linn is overwhelmed by emotions.

She must also find a way to deal with Polly, the woman who was once her closest friend but who now has her eyes on Ed.  And how can she handle Quentin Loonsfoot, the obnoxious son of the man her father  crippled in a hunting accident years before? Quentin is determined to make her feel guilty — and to make her pay for her father’s mistake.  Most painful of all, she must accept the truth about Ed and his relationship with Rachel Johnson, the woman who gave him a son.

Ed has a lot to deal with as well. He still loves Linnie Mae, but he knows she won’t stay. How can he spend the summer being near her and not get his heart broken again?

It’s a hot summer in Brookfield…a summer of hopes and dreams, a summer of passion. Could it also be a summer of forgiveness?

His steady gaze unnerved her. Once, she believed she could practically read Ed's mind. His thoughts were simple, predictable. Yet in the last few days, she'd learned that she didn't really know the man at all. As she studied his face, she couldn't be sure what he was thinking.
His gray eyes held desire…or was it merely mischief she saw in those stormy depths? His smile held promise…or was it only amusement?
Bewildered by the complexities, Linn could be sure of only one thing. She wanted this man who stood before her, wanted him even more now than she had in the past. They'd been foolish, fumbling kids back then, knowing little about love and even less about lovemaking. She'd never been with another man, and she craved his touch in ways that, even now, she could barely understand.
Holding her breath, she took a step toward Ed. He would kiss her, wouldn't he? He would take her into his arms like he'd done so many times, and—
A gentle brush of his lips against hers sent all thoughts flying from her head. She felt giddy, she felt lost, she felt weak. A sigh slipped from her lips as she opened her mouth to his tongue. She pressed herself against him, loving the hardness of his chest, the muscular thickness of his powerful thighs, and the undeniable evidence of his excitement.
"Let me love you," he whispered, his breath hot against her ear. "Give yourself to me once more…before you go away again."

My Rant: Summertime was an exquisite story. I felt that I wouldn’t like it as much because it is an historical romance. I was wrong. This story had all the aspects of a good romance. Ed and Linnie are two souls that are meant to be together but so much went wrong in the past especially when there was a lot of hurt involved. When Ed and Linnie come into each other life again there is a undeniable connection between the two, But there are things that they both have to work through. I fell for Ed. I understand what it meant to lay your heart on the table and someone just picks up and walks away. How do you get over that especially when you still want this person as much as you need air.  I don’t necessary agree with the pain that Lin caused on Ed but I can understand why it happen. As individuals sometimes you get so caught up in yourself that you forget what’s important. Lin was just that stuck on herself. I mean really. But I am a firm believer that what goes around comes around and there are things that will happen in your life to change your perception. The history in this story was very rich and interesting, so was the background of the characters. The authors writing style was smooth so smooth I cannot believe I zipped through this book. I was never a fan of historical romance but I have to say that this book had me hooked and completely changes my outlook on that Genre.

I rated this book 4 out of 5 purple rant hearts and would recommend this book to anyone that enjoys a historical romance. 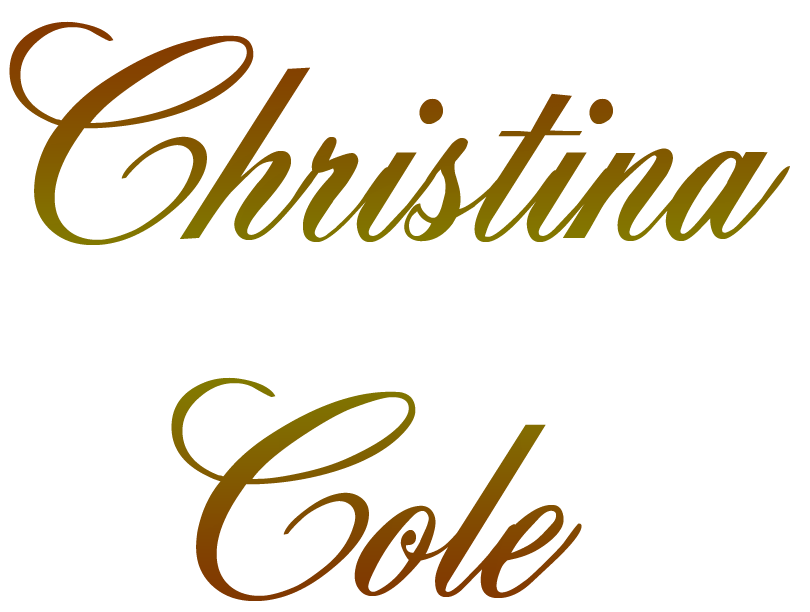 Christina Cole will always be grateful for her grandfather, who taught her the joy of reading at a very young age. She quickly fell in love with words and soon began telling her own tales.

Her romantic stories have been published online and in print, and she's also published inspirational pieces, poetry, and essays.

She lives in the midwest, loves American history, and enjoys visiting historical sites throughout the US.