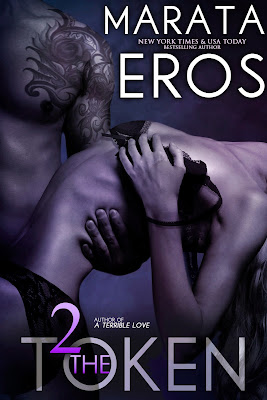 Synopsis:  Faren Mitchell keeps the secret of her second job from the one man who could see her through some of the darkest moments of her life. She doesn't want Jared “Mick” McKenna for the billions he's amassed, but for the one thing she's never given any man: her innocence.

Mick's guilt over the injury he inflicted fuels the beginnings of something more; a sexual consumption of each other that neither were anticipating. When Faren's actions don't match her words, Mick suspicions are raised. His feelings turn to ones of protection after Faren is mugged and he can't reconcile his desire for her with the reality they now find themselves in.

As Faren's bucket list grows, so does the danger that surrounds the choices she's made. Can she take what she needs from Mick and also secure her mother's life? Or will the truth she has weaved between the lies doom them both?

My Rant: The Token #2 is an amazing story that captured and captivated me. Marata Eros is brilliant, the story line is enticing and the characters are flawless. There is so much I want to say about this series without giving it away. This story makes me really emotional. I can relate the Faren and that scares me. Faren is vulnerable but strong enough to do what is necessary especially when her mothers life is counting on it. She lets you into her world, her emotions and her struggles. You begin to feel like you are walking with her through these trials and its hard. A lot of what Faren goes through is ugly but that the way of the world. But what makes this book special is that through all the ugliness and pain something beautiful happens and it gives Faren and the ready a chance to escape the reality of the harsh world.

Jared Mckenna makes us forget about the cruelty. we melt like butter when he is around and the world seems to right itself again. Jared is the perfect distraction not only is he sexy but he is sexy with cash. Now, I don't just love Jared for his money, although it helps LOL. We love him because he is sincere, caring, compassionate and protective. He is perfect for Faren. There is a strong chemistry between both of the characters. They are definitely meant to be together but there is a small strand that is trying to separate them and the small strand is Faren's pride. There are words that are not said that should be said between the two which makes this love between them difficult. But the tension  begins to build. They both want each other but they are holding back.

Marata throws a couple of twist in the plot that completely take you off guard. She know her audience, we like it dark and gritty and that is how she gives us the story. You have to work through all the pain and emotions to get through the story but when you do you appreciate the effort and just when you think its safe, the ending leaves you grasping for more.

Overall I really enjoyed this story. This book has all the elements of a great story with a gritty twist. Marata ability to drag a reader into a dark place and give them a glimpse of the perfect light makes her a genius at her craft. This series is definitely going on my 2014 favorites list.

I rated this book 5 out of 5 Purple Rant Hearts and would recommend this book and series to anyone that is interested in a series that has a dark and twisted plot, a sexy Alpha male, and a vulnerable damsel in distress. 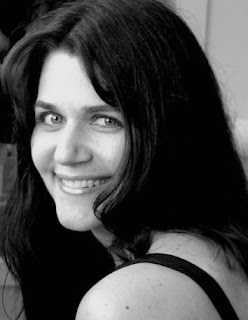