In too Deep Book Tour, Review and Giveaway 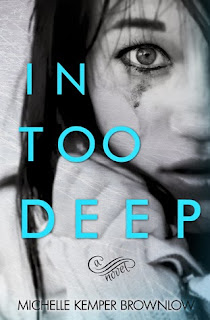 Synopsis: Long- Gracie has just finished her freshman year of college in Memphis when she takes a job at a local pizza joint in her home town of McKenzie, Tennessee. She is the epitome of innocence when she meets Noah. Noah is unabashedly handsome, intriguingly reckless and just cocky enough to be sexy. Gracie’s instincts tell her to stay far away from him and based on the stories she hears from her co-workers he leaves broken hearts in his wake. But still, she can’t explain her fascination with him.

Noah puts aside his bad boy ways when what he thought was a summer crush has him unexpectedly falling in love. But soon after Gracie transfers to UT Knoxville to be with Noah, their unexpected love becomes riddled with anger, deceit and humiliation.

Jake, Noah’s former roommate and Gracie’s best friend, can no longer be a bystander. Gracie’s world falls out from beneath her and when she breaks she turns to Jake for strength. As Jake talks her through a decision she’s not yet strong enough to make, together they uncover a truth so ugly neither of them is prepared for its fallout. Will Jake pull her to the surface or is Gracie Jordan finally In Too Deep?

My Rant:   Wow….. This book was completely captivating. I was so emotionally attached to the book. The author drew out feelings in me that I did not think I would feel in this story. As women we all seem to be drawn to the things we don’t need especially in relationships.


For example bad boys are appealing but they can also be bad for your emotional health, so you can see how Gracie got caught up in the illusion. Noah could be such a$$, I mean the biggest you ever saw in your life. If I could spend just 10 minutes in the book I would literally knock him around in circles. Noah completely bought out my rage because the things he would say and do to Gracie infuriated me. I wanted so badly for Gracie to realize that she is worth more than the crap Noah was giving her. But it was hard for Gracie to figure that out by herself. She was broken in side completely, she lacked the knowledge of her worth, which made Gracie so vulnerable, and you experience her vulnerability through out the story and at some point you think she cannot be fixed.

This story pulled my heart in so many directions that I could not believe that my heart was still beating.  I mean I was hurt that Gracie endured some of the things in the book but I was pissed at her because she allowed it and just when you think she rids herself from the Jack in a box, Gracie takes him back which pisses me off even more so. I got to the point where I thought there was no hope for Gracie until Jake. Jake who amazingly comes into the scene and gives you a look into what love is supposes to be. He sweet, kind gentle and strong in all the ways Gracie needs him to be. He made my heart flutter in ways I thought were dormant. But what surprised me the most was Gracie’s transformation with this new found love. what a amazing ending to the emotional torment in this story.
My Recommendation:

Overall I loved and hated the characters in the story and I was emotionally wrung, which is something I love to feel when I am reading books. I was engaged in this story and could not put the book down until I completed it.  I rated this book 4 out of 5 Purple Rant Hearts.
FTC Disclaimer: I received this book for free from the author, editor, publisher, or promo host or book/blog tour organizer. This is my honest opinion about this book and I did not receive any monetary compensation for writing this review nor was I obligated to write a positive one. 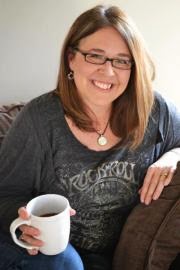 Michelle Kemper Brownlow has been a storyteller her entire life. Her debut was on the high school cheerleading bus granting requests to re-tell her most embarrassing moments for a gaggle of hysterical squadmates.

Earning her Bachelor’s degree from Penn State University in Art Education and then marrying her very own “Jake,” she moved to Binghamton, NY where she taught high school. After having two children she quit work and finished her Master’s degree in Elementary Education at Binghamton University.

The Brownlow family of four moved to Michelle’s hometown of Morgantown, PA while the children were still quite young. A few years after moving, her family grew by one when they welcomed a baby into their home through the gift of adoption. The family still resides in PA, just miles from where that high school cheer bus was parked.

Michelle has been an artist for as long as she can remember, always choosing pencils and crayons over toys and puzzles. As a freelance illustrator, her simple characters play the starring roles in numerous emergent reader books published by Reading Reading Books.

“Writing is my way of making sense of the world. When I give my characters life on the pages I write, it frees up space in my mind to welcome in new stories that are begging to be told,” says Brownlow