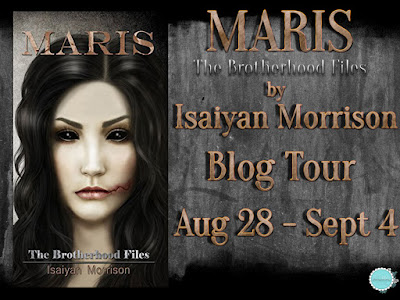 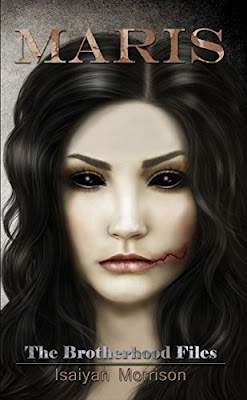 She gave me her blood, and my life changed forever.

Anastasia. My sire. The only influential figure in my already-fragile life. She did this to me. She caused all the pain and suffering. There was a time I believed I owed her everything. After all, she gave me immortality and the never-ending thirst for the energy contained in the blood of my victims.

But now vampires hunt me and the humans want to use me as their personal weapon. They believe I'm some kind of apotropaic figurine that can damn all Deamhan and force us back into hell where we belong. Me? I just want to live. I just want to be Maris. That way, the only one I can damn is myself.

They rushed toward one another and their movements blurred in the dim light, like two butterflies swarming around each other. This male, who stood a little taller than Anastasia, made use of the wall by running on it and launching his body at her. She ducked as he flew right by her. Anastasia stood up and struck him with her foot in his lower back. He tumbled forward and turned around. He pulled out a long wooden stake from the pocket of his frock coat, gripped it tightly, and turned to me. That's when I instantly knew that he had come for me.

Part of me wanted to join in the altercation but I didn't dare go against her order. I also didn't know if I was strong enough to fight him. Again Anastasia placed herself in his way and he jumped with the stake in his right hand.  He took a stab at her but she quickly moved to the right. He stabbed again and she moved this time to the left. In his final attempt he aimed for her midsection and she caught him by his wrist. She took her other hand and pushed at his shoulder. I heard a loud crack and he dropped his stake, gripped his shoulder, and staggered back.

Anastasia kicked the stake off to the side and it glided across the stone floor, stopping in front of me. I knelt down to pick it up when my senses heightened and I looked to my right. He came toward me and I tensed up, not knowing what to do. But she pushed him and he flew back, hitting the wall. Anastasia snatched the stake from me and in a blink of an eye she now stood over him. I saw her raise the stake and she struck.

His body lurched forward and he tried to yank the stake from his body. The skin on his right cheek turned dark and it began to spread, moving over his face and down his neck. He opened his mouth and I saw fangs, longer than my own. His eyeballs sunk into the back of his skull and his body melted right before our eyes. The atrocious smell made me cover my nose. Anastasia stood up and straightened her clothing.
I approached her cautiously, still staring at our attacker's remains. “He is a Deamhan, like us?”
“No. When Deamhan die we don't die like that.” She used her right foot and began to poke at the remains. “This one was a vampire.”

The Brotherhood Files
Links Below Go To
Amazon
These books explore the histories of certain characters in the Deamhan
Universe.
(Can Be Ready At Any Point in the Series)