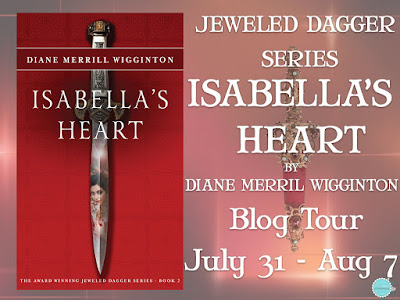 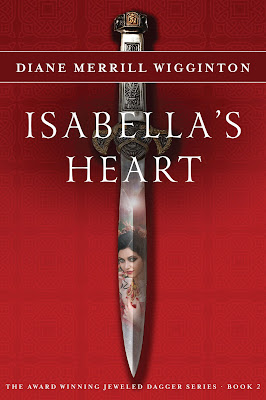 
In this follow-up, to Wigginton’s (Angelina’s Secret), the focus is on Isabella Deveraux, the daughter of Lady Angelina Marguerite Amelia Deveraux, the heroine of the first book.
As the story begins, Isabella experiences a disturbing dream about her twin brother, Charlie, on the eve of her 19th birthday. We quickly learn that Isabella has a sixth sense, just like her mother’s, and when she dreams about Charlie’s abduction in London, it’s more than a simple nightmare. She sets off immediately to London, setting into motion events that require her to reunite with her grandparents and eventually her parents, from whom she has been estranged from for years. Complicating matters further, Isabella’s grandfather hires an Irish mercenary to help her locate and rescue her brother and his two school mates. Forced to prove her worth to the mercenary Captain, she is placed in a compromising position and in doing so must open herself up to other emotions that she is not be yet ready for. The Captain is a handsome but brooding man, with a brutish disposition, who is willing to save the lives of three privileged young men, for the right price. Aiden Townsend decides that the best way to avoid suspicion as they travel the Irish country side in search of the abducted men is to pretend to be lovers. Despite Isabella’s grave concern for her reputation, she grudgingly gives her consent to the arrangement and romantic chaos ensues. The romantic tension between Isabella and Aiden intensifies as the search for Charlie also ramps up. During this fast-paced, action-packed tale, readers are treated to many rich historical details about political unrest in Ireland, lending credence to the story’s setting. It is a fun, action packed read with just the right amount of sexual tension to keep even the most seasoned romance reader engaged.

Posted by Crystal Rants at 5:00 AM