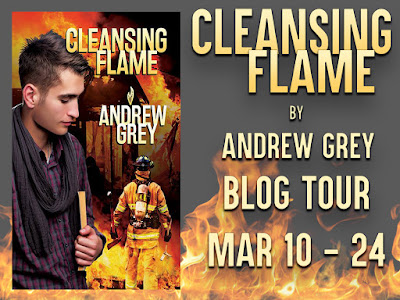 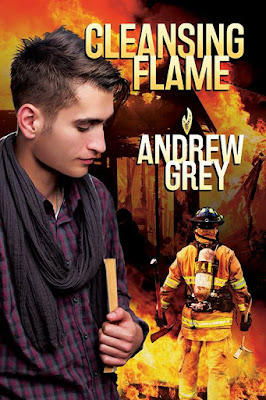 Blurb/Synopsis: Life has been grinding Dayne Mills down almost for as long as he can remember. First he lost the love of his life in an accident that also left him with a permanent injury, and then his mother passed away a year later. When his house burns to the ground, it’s the last straw. He can’t take any more, and if it wasn’t for kind and handsome firefighter Lawson Martin offering him a hand up and a place to stay, he doesn’t know what he’d do. Dayne would love for his relationship with Lawson to evolve into something beyond charity, but he knows going after a man so far out of his league will only lead to yet more heartache. It’s best to just keep his mind on his research.
It’s that research that leads Dayne to an old student journal that not only provides clues to the Native American heritage Lawson has been searching for, but chronicles a century-old love story. The tale that unfolds might be just what Dayne and Lawson need to remember that no matter how dark life becomes, love can find a way to shine through.


FTC Disclaimer: I have not received any compensation for writing this post. I have no material connection to the brands, products, or services that I have mentioned. I am disclosing this in accordance with the Federal Trade Commission’s 16 CFR, Part 255: “Guides Concerning the Use of Endorsements and Testimonials in Advertising.

Lawson sat next to him on the sofa, and Dayne turned to him, jaw set. If Lawson said one more time that everything was going to be all right, Dayne wasn’t sure if he could stop himself from hitting him. He didn’t know where his anger was coming from, but it boiled up from deep inside. He clenched his fists and closed his eyes, trying to keep from flying into a million pieces as he waited for what everyone seemed to want to say.
Instead, Lawson wrapped his big arms around him and held him tight. The anger slipped away as quickly as it had built, and Dayne buried his face against Lawson’s chest, holding him in return. “Sometimes words just aren’t what’s needed,” Lawson whispered. “You take all the time you need. No one is going anywhere.” He rocked slowly and rubbed Dayne’s back.
It had been so long since anyone had been so nice to him. Over the last year, he had learned that loneliness ate at you from the inside and perpetuated itself. Sometimes he had longed for contact with others so badly that he was almost willing to make a fool of himself to get attention. Dayne didn’t cry, which he was pretty proud of. He did soak in Lawson’s warmth and attentiveness. He knew this was only because of the loss he’d suffered and because Lawson was trying to help him, but it felt nice to be held and looked after, even if the huge, handsome man felt sorry for him.
“Better?” Lawson whispered, and Dayne nodded slowly. “Good.” Lawson released him and then slowly got to his feet. He moved the way Dayne imagined someone might around a skittish horse they didn’t want to frighten. “Give me a few minutes and I’ll finish up dinner.” He left the room, and Richard leaned forward in his chair.
“Are you feeling more comfortable?”
“I guess.” Dayne shifted on the sofa, because even while he was in shock, Lawson’s hug had set his stupid dick to thinking things it shouldn’t be thinking. He wanted to thump the damn thing and tell it to behave, but it didn’t seem to want to listen, especially when it came to Lawson. “I appreciate you coming over.” God, he hated playing the part of the damsel in distress. It really sucked.