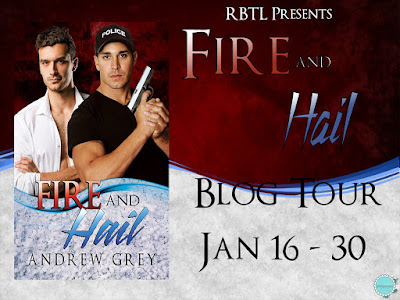 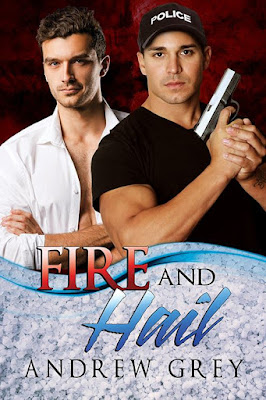 Blurb/Synopsis: Brock Ferguson knew he might run into his ex-boyfriend, Vincent Geraldini, when he took his first job as a police officer in Carlisle. Vincent’s attitude during a routine traffic stop reminds Brock why their relationship didn’t last.

What Brock doesn’t expect is finding two scared children in the trunk of a Corvette. He’s also surprised to learn the kids’ mother is Vincent’s sister.

But his immediate concern is the safety of the two children, Abey and Penny, and he offers to comfort and care for them when their mother is taken into custody.

Vincent is also shocked to learn what his sister has done. For the sake of the kids, he and Brock bury the hatchet—and soon find they have much more in common than they realized. With Abey and Penny’s help, they grow closer, until the four of them start to feel like a family. But Vincent’s sister and her boyfriend—an equal-opportunity jerk—could tear down everything they’re trying to build.

Brock spent the rest of the day in a few places around town that were notorious for speeders and wrote a number of citations. At least it gave him something to do. He checked the clock and smiled. He had less than half an hour before he could go back to the station and clock out for the day. Brock was very ready.

“All units,” he heard over the radio. “Please be on the lookout for yellow recent-model Corvette convertible driven by two women. Stop if seen, but use caution. There is a report that there are children in the trunk.” Brock blinked and listened more intently, making sure he’d heard correctly. “I repeat, there are reportedly children locked in the trunk of the car.”

“Holy shit,” Brock said to himself. He’d heard stories of what people would do to each other and to children, but this was a surprise even to him.
Brock returned his attention to the road in front of him, one of the main roads from Carlisle to Harrisburg, and sure enough, a yellow Corvette turned his direction from a block away. “I have a possible sighting of the Corvette on Harrisburg Pike headed east. Two women, top down, plate HUF–9080. I am about to intercept and will make it appear a routine traffic stop. Send backup.”
“I’m on my way,” Carter said.

Brock pulled out, maneuvered until he was behind the car, and then flipped on his lights. The Corvette kept going, so Brock put on his siren. Finally the women pulled over and Brock got out of his car.

Carter pulled behind him in his cruiser. He got out as well, and they converged on the women sitting in the expensive two-seater convertible. “May I see your license and registration, please?” Brock asked the driver. Muffled sounds from the back of the car gave him pause. “Please unlock your trunk?” He met the driver’s gaze, but she made no move to comply and stared at him with vacant eyes.

“Get out of the car and keep your hands where I can see them, both of you,” Carter barked, hand on his weapon and ready to draw, and Brock stepped away to give the driver space while the women did as he asked.

“You can’t do this,” the passenger said as Carter had her place both her hands on the hood of the car, her legs spread.

Once Carter had eyes on both women, Brock reached inside the car and found the trunk release. He pressed it, went to the back, and opened the tiny trunk lid. Two sets of eyes peered out from inside.