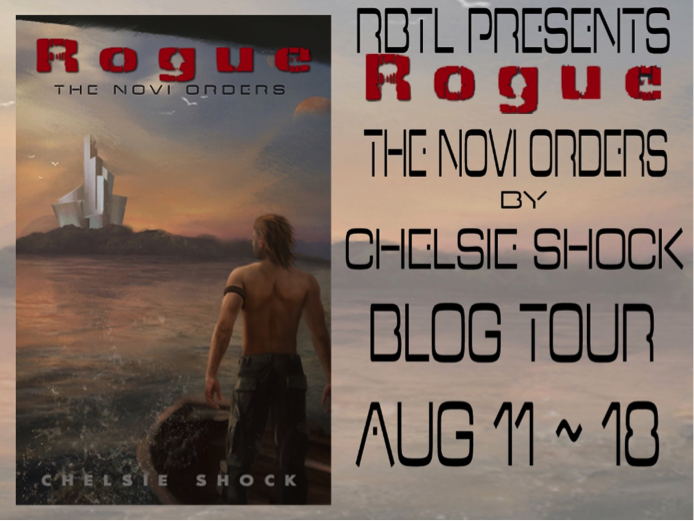 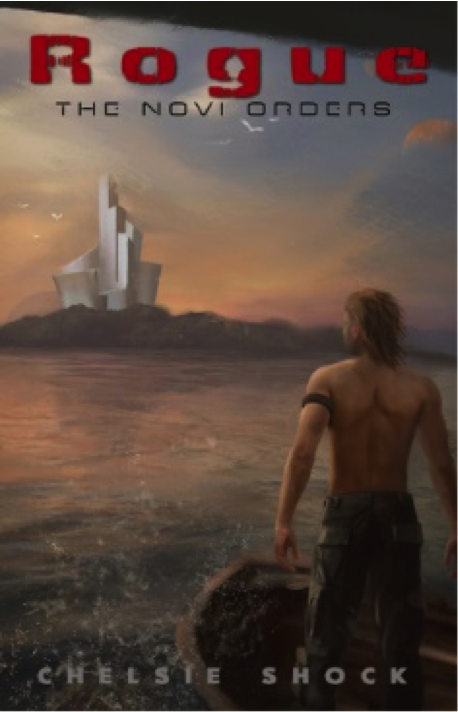 Blurb/Synopsis: In the future the New World has suffered bombings, world wars, the tectonic plates have shifted, the population has seen sicknesses, radiation spills, genetically modified animals and humans, and the population has dwindled into two classes: The elites and everyone else. The Novi Orders have been enacted by the capital city and control everyone completely, except those who have hidden or rebelled, the rogues. Will is one of the survivors who has lived the quiet life of a sailor and fisherman living on what was once the Washington state coastline. When he meets an old man who used to work as a scientist for the elites, they sail to places he never imagined he’d see… the islands where the elite’s live. He meets a beautiful woman who is part of the high society by marriage, and he is thrust into plans for an uprising, a revolution, murder, war, oppression, survival and entangled in a forbidden love he can’t fully comprehend.


FTC Disclaimer: I received this book for free from the author, editor, publisher, or Promo Host. This is my honest opinion about this book and I did not receive any monetary compensation for writing this review nor was I obligated to write a positive one.

“When I was a boy, things were still really bad, like they are now. My parents had a rundown house in Everett, and they worked hard every day, barely making enough coins just to feed all of us. They kept hearing on the radio about the offers, brainwash for gold coins. They were really thinking about it, but my father was very opposed. He was afraid he wouldn’t even remember he had a son.” Will looked down and sighed. His hand began to shake. “I was only seven. The only book we had was this old beat up book, about a sailor. My father used to read it to me every night, without fail. I know the words by heart.”
“Into the sea, he sailed. With his skillful hands he fished, he relied on only the sea. He was used to the sunburn now his way of life was that of a vagabond. His heart was so consumed by the sea—he would die not to leave her.”
Will smiled. “I haven’t told anybody about that book.” He murmured.
“So what happened?” Cecilia asked.
Will smiled. “My father always made up a happily ever after ending since I was young. He got so good at it—he had it memorized by heart.” Will paused. “My father and I started going to the docks to fish together. It was some of the best times I had with him. Then…when I was twelve my father was laid off for the winter in Everrett. The fishing was so scarce and that winter was so harsh… I guess they thought they didn’t have any other way. They were made to believe they would be brainwashed, and still remember me. That wasn’t the agenda for my parents though. They wanted to brainwash them for specific jobs. Sometimes…people get lucky, and they are kept with their family, sometimes…they don’t.” Will shrugged his shoulders and hunched over defeated. “I remember them leaving, they hugged me tight. I could see the fear in their eyes, but they were tired of hearing my growling stomach, and my mother cried herself to sleep every night, I could hear her. They didn’t come back. I wandered around the city, I jumped into dumpsters, and I stole food. I did anything to get through that winter…and I found out that the ending of the book…was that the sailor gets caught in a storm, and he dies.” Will cleared his throat.
Cecilia stared into his face, and brought her hand out from her blanket, squeezing his hand. “My parents did too.” She whispered. “The Novi Orders has broken a lot of homes.”

My Rant: Rogue, the Novi order was an interesting futuristic book. This book takes place in the future where experiments changed the genetics of beings and animals. Either you are apart of the program or your not. The government has set order that limits the freedom of those that want to be free. Mr. Cleary and William seek to find some solace with other colonies that are wiling to fight back for there freedom and stop the control of the Novi order.

The plot can capture you. Everyone wants the decision to live there lives the way they see fit but how do you do that when you have an order that is controlling every aspect of life, mutating it and destroying the things that you would hold dear.

As you impark on the journey with this characters, you cant help but feel for their struggles. As they search for other like them, you have to be careful that you do not encounter foes when you are looking for allies.  The author did a good job at building the characters and the plot to the story although there are times when the story slows down but the plot does pick up. What I found overwhelming about the story was the dedication the characters had to want to fight the order and save there people so that they are free.

I rated this book 3 1/2  out of 5 Purple Rant Hearts and would recommend the Rogue, The Novi Order to anyone that enjoys a good Scifi story. 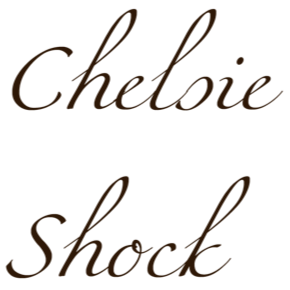 Chelsie Shock was born and raised in rural South Texas on a ranch near the border. As a child she spent her days imagining her own world while she explored nature and tried to avoid cactus and mesquite thorns. Since she could scribble, she wrote stories.

She lives in Florida with her husband and their very needy dog who follows her around all day. She has a certificate of Holistic Nutrition Consulting from the American College of Healthcare Sciences.

She can be found writing, reading anything by Ray Bradbury, cooking or traveling. She loves cultural foods. One of her favorite vacations was when she hiked Scotland with her husband, and still misses it. She's lived in Texas, Louisiana, and Florida, and she can be found in Michigan a few times a year. She writes science fiction, some fantasy, loves when seasons change, and is interested in anything extraordinary.